The interest for the practice raids had been cooling off, and this week I only got one joiner who wanted to practice. After a too long wait (in my opinion), I decided that we should just go with what we had. I brought Darthpyre in and he piked by Zaira Dane, so we were 5 players. I asked Bootsee to keep Irk’s aggro (+kill constructors near him), Aranorth was on laser (+killing constructors behind him + helping with dps), Lursana Rudus and Zulkis and I and and Ershar were dps and helping a bit with healing. Ershar was in US and had renewal which helped a lot, while I stayed in shiradi as I felt I wouldn’t have had enough dps without it. Since we were only 5 I changed the boss order so we started with Gish, ended with Zulkis. Completion time: 42 min, 2 s. Loot: 64 nemesis runes, 25 threads of fate, Staggershockers x2. 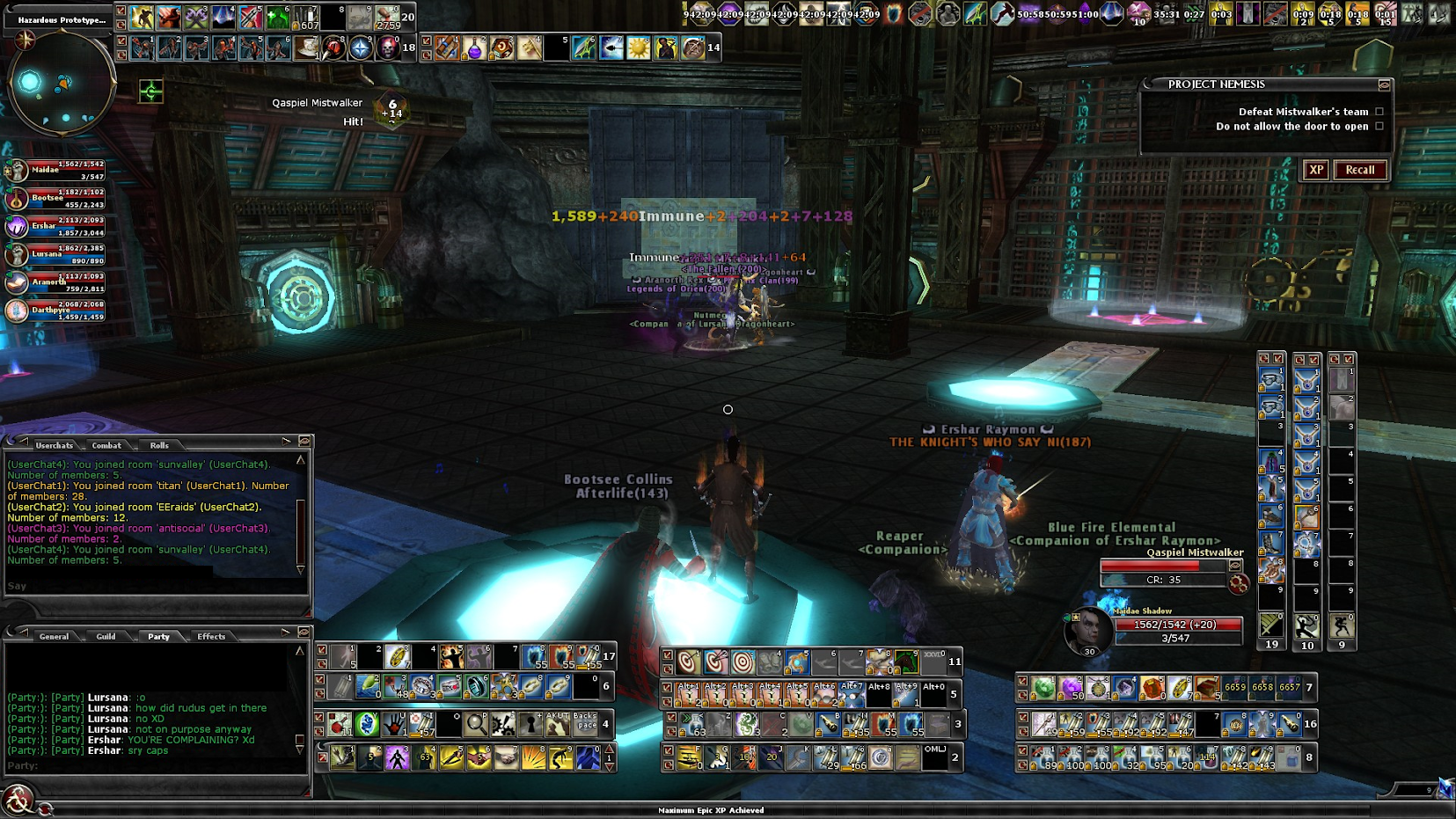 Wednesday I wanted to run Jarvanna. I invited the guildies and from EEraids channel and I believe we filled that way. I don’t remember who had which boss, I think Torimi was on laser. Completion time: 19 min, 15 s. Loot: 84 nemesis runes, 30 threads of fate and Baz’Morath, the Curator of Decay. 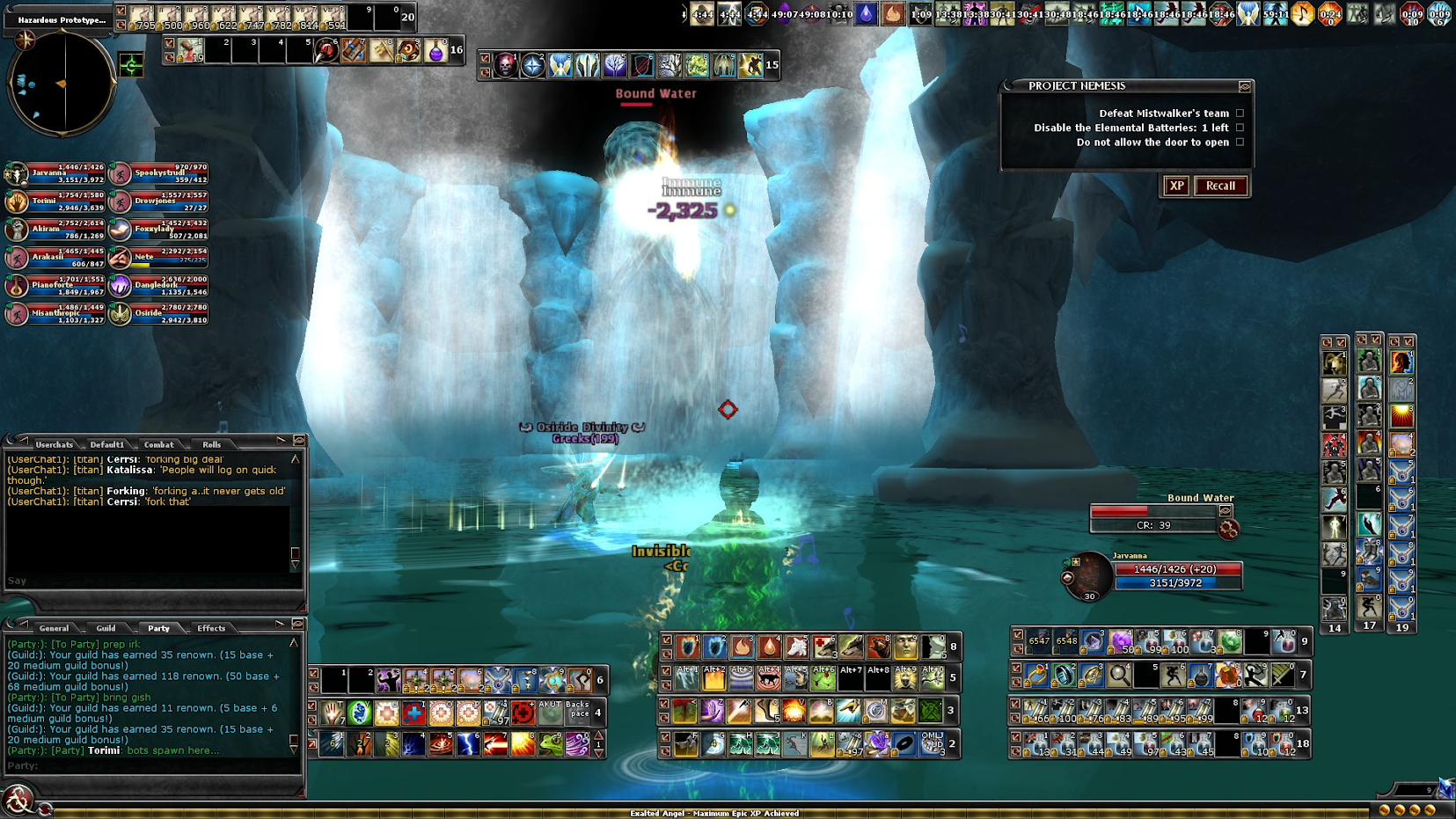 I switched to Thazara for THTH, because Jarvanna is still not strong enough of a sunburster to have a key role in that raid, in my opinion. Milamba was on runners and I asked him to help with sunbursting when he can. Osiride was tanking. Completion time: 10 min, 13 s. Loot: 64 forge runes, 25 threads of fate and Citadel’s Gaze. 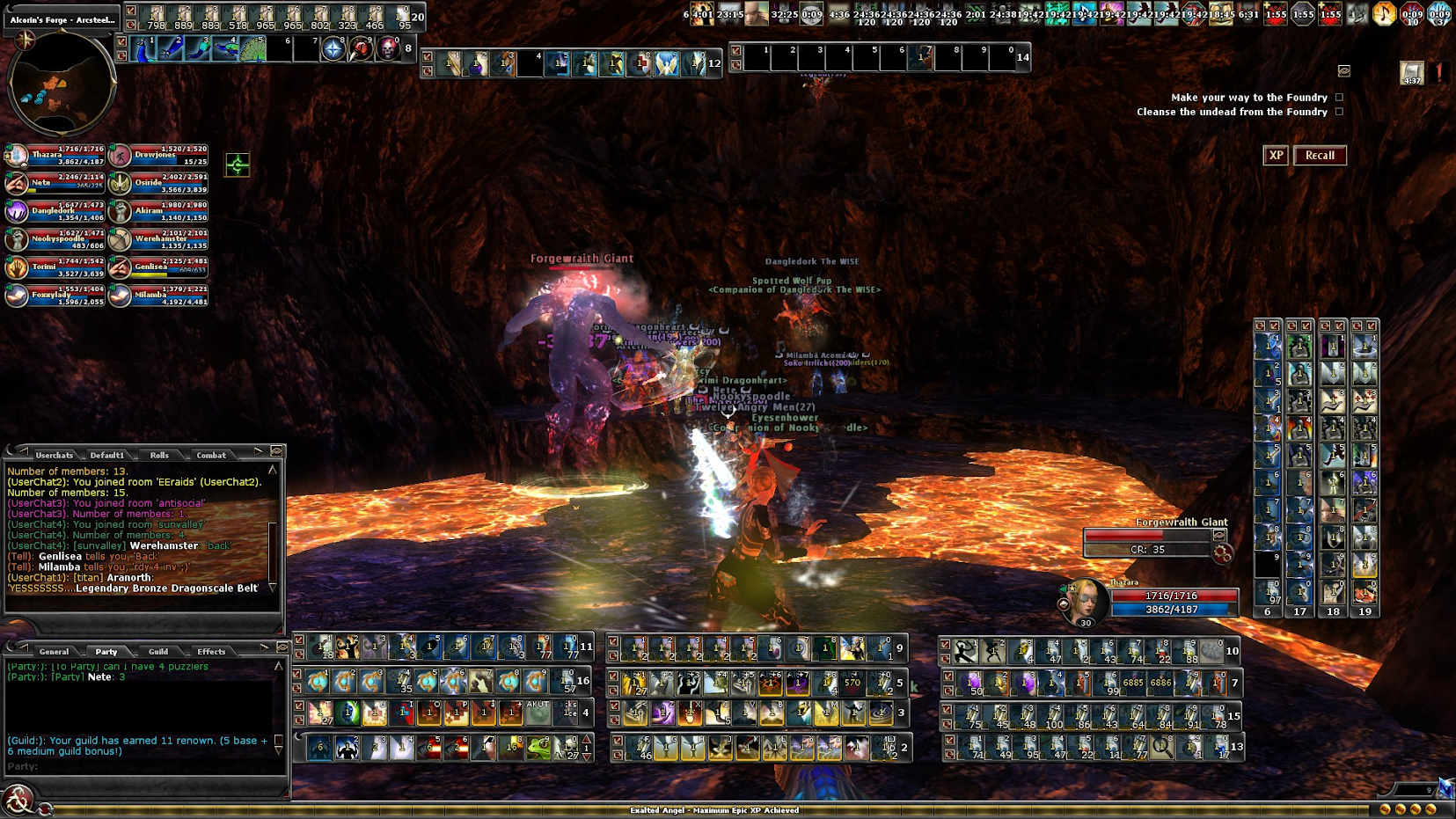 I stayed on Thazara for KT. Osi was tank and Ershar might have kited shadows. Completion time: 25 min, 37 s. Loot: 84 time runes, 24 threads of fate, Trinket of Freewill and at least one schism. 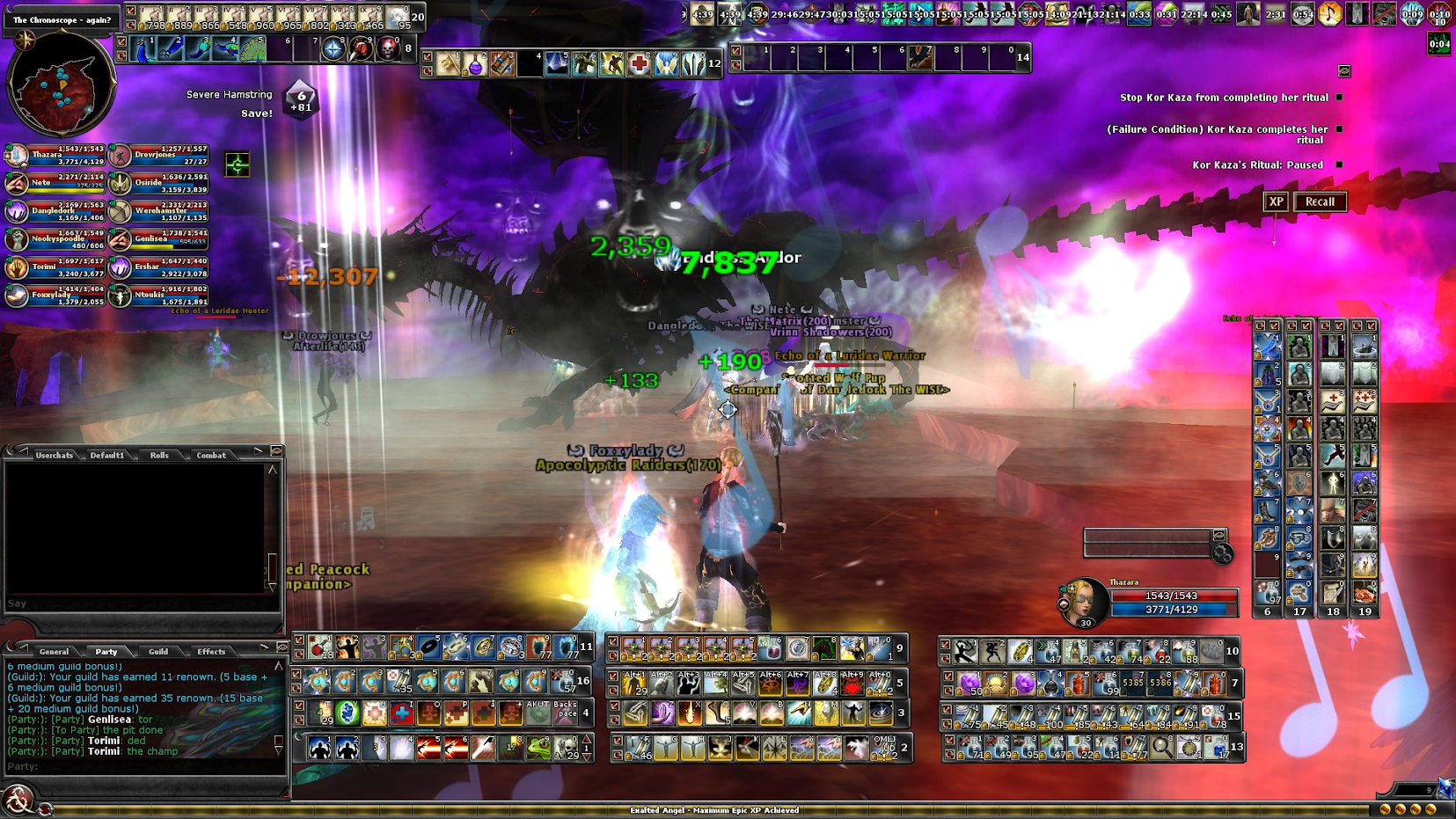 I switched to Maidae for Strahd, Foxxy was heals and Osiride tank. I think Hamster carried the sunsword, though. I think Foxxy and Ershar carried trinkets, but I’m unsure if I even looked at who picked them up. Completion time: 25 min, 26 s. Loot: 125 strahd runes, 26 threads of fate, Sentient Jewel of the Covetous, Bell of Warding, Echo of the Sunsword and Hands of the Dawn Healer. 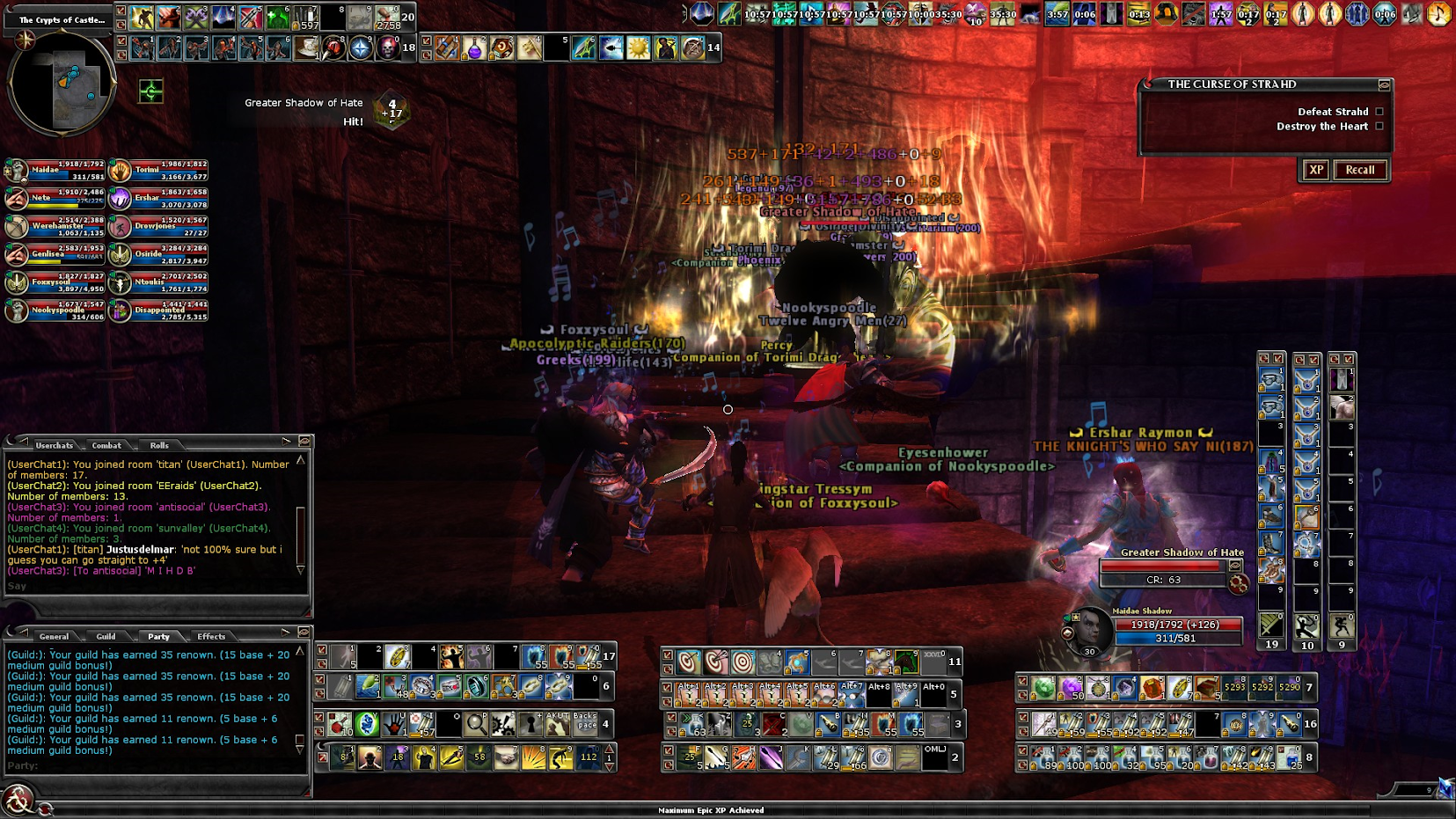 I think I asked Torimi to do groups again, as I’ve had a habit of doing that lately. I did forget to screenshot the run, though. It was a pretty standard run without anything too exciting. Completion time: 30 min, 46 s. Loot: 125 hut runes, 24 threads of fate, Echo of Ravenkind and Van Richten’s Spectacles. 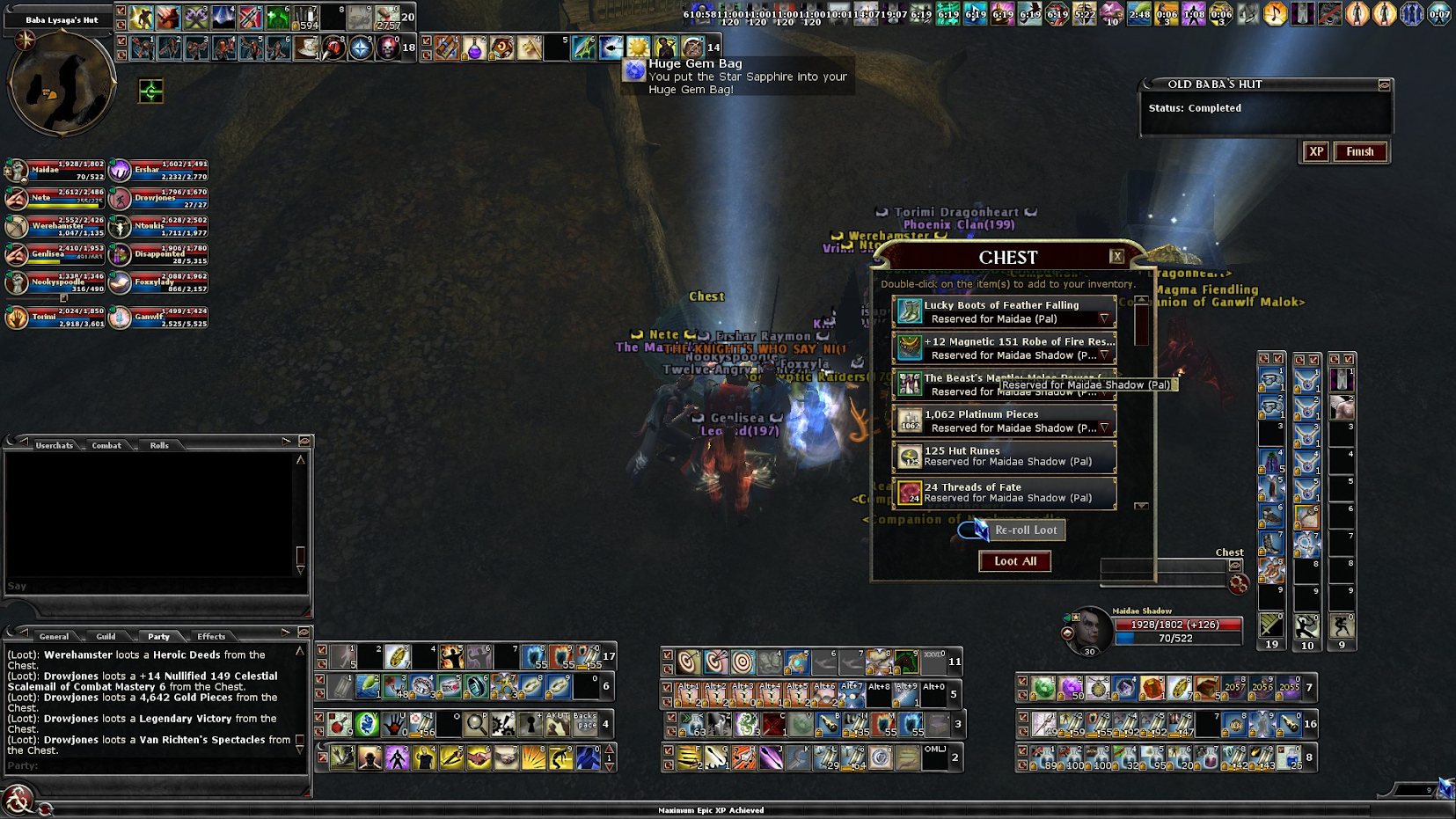 Osi wanted to do a 2 person KT. I was on dragon, Osi completed the rifts solo. I joined just before the boss went down in rift 1-2 so I could shrine. We misjudged a bit how long it would take to get Nyt down, and I joined a bit too early, which caused some excitement.

Saturday I wanted to run Thazmaniac. Our LH runs have been quite standard, but for some reason things went a bit sideways this time and several party members died. We got things sorted, though, and the run didn’t take that much longer than it usually does. Completion time: 18 min, 36 s. Loot: 84 nemesis runes, 30 threads of fate. 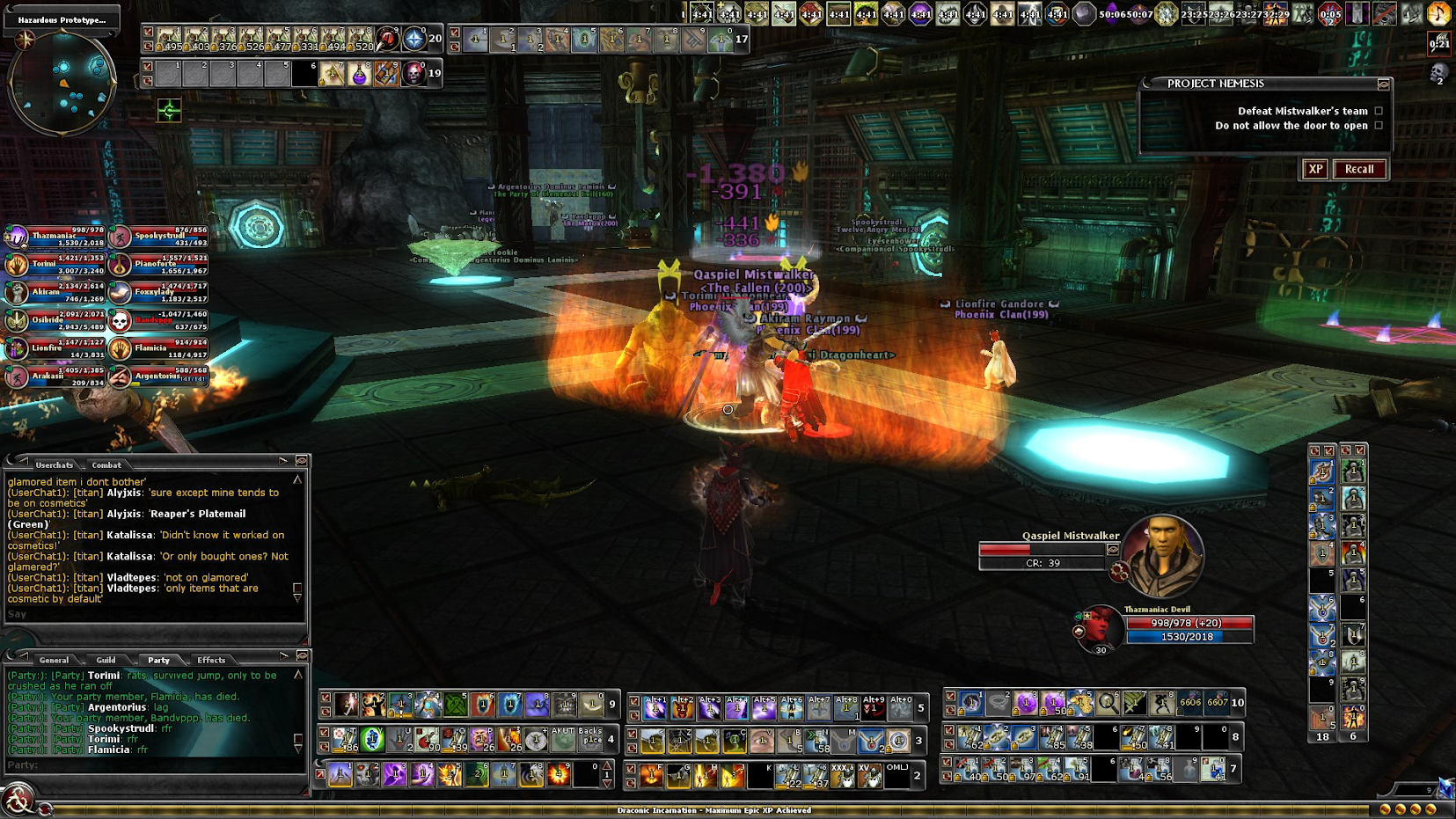 I switched to Thazara for sunbursting in thth. Again I forgot to screenshot this run. Milamba was second sunburster and Osisinger was disco. Completion time: 10 min, 18 s. Loot: 64 forge runes, 25 threads of fate and Citadel’s Gaze. 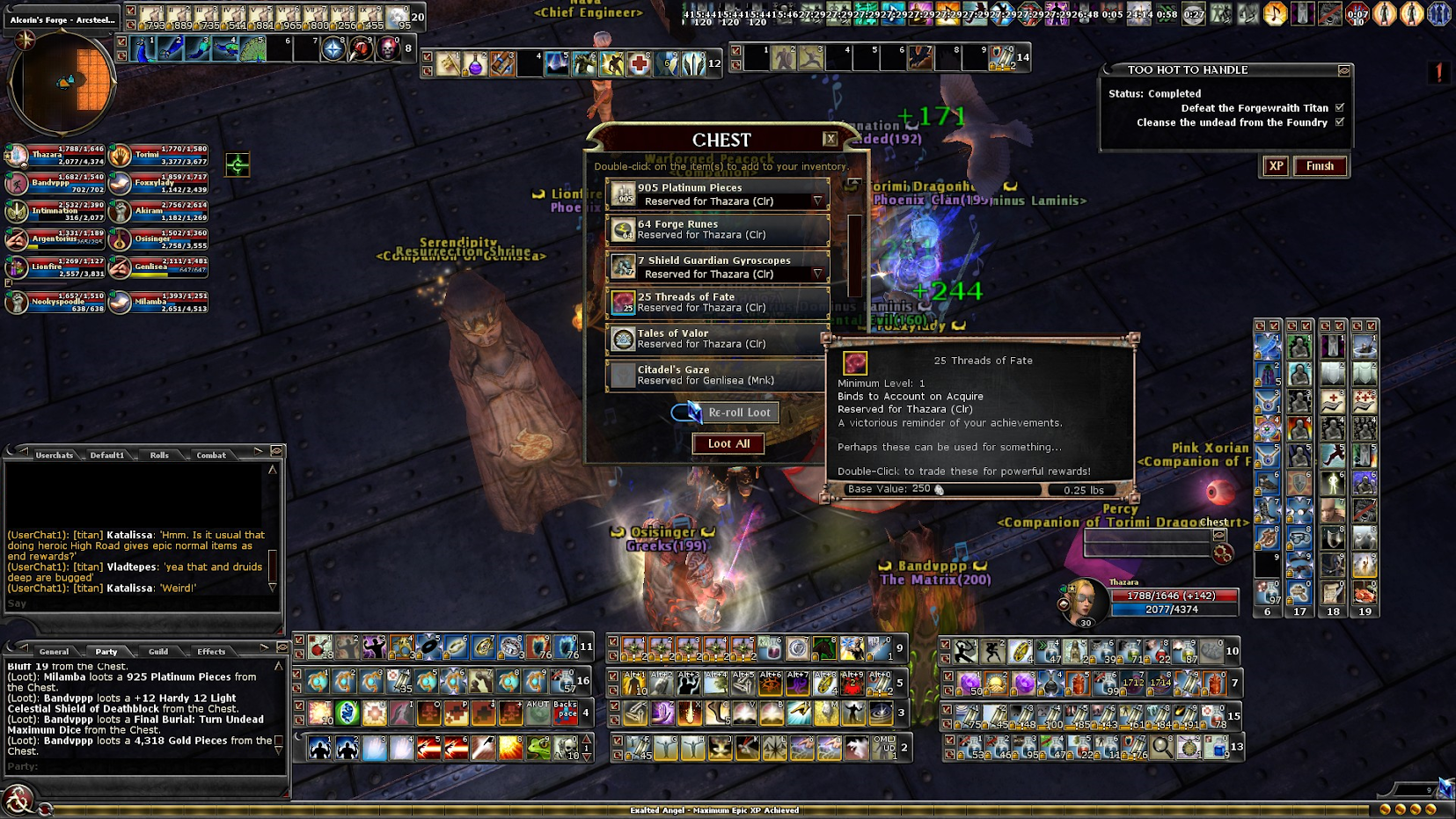 Osi was on Ositank so I figured we could try elite – completely forgetting to check that we had someone to tank the boss in the second rift. After we failed in the second rift, some switched chars (including me) and we stepped back in on hard with Intimnation tanking the dragon. Completion time: 28 min, 15 s. Loot: 84 time runes, 24 threads of fate, Staff of Irian and at least 3 schisms. 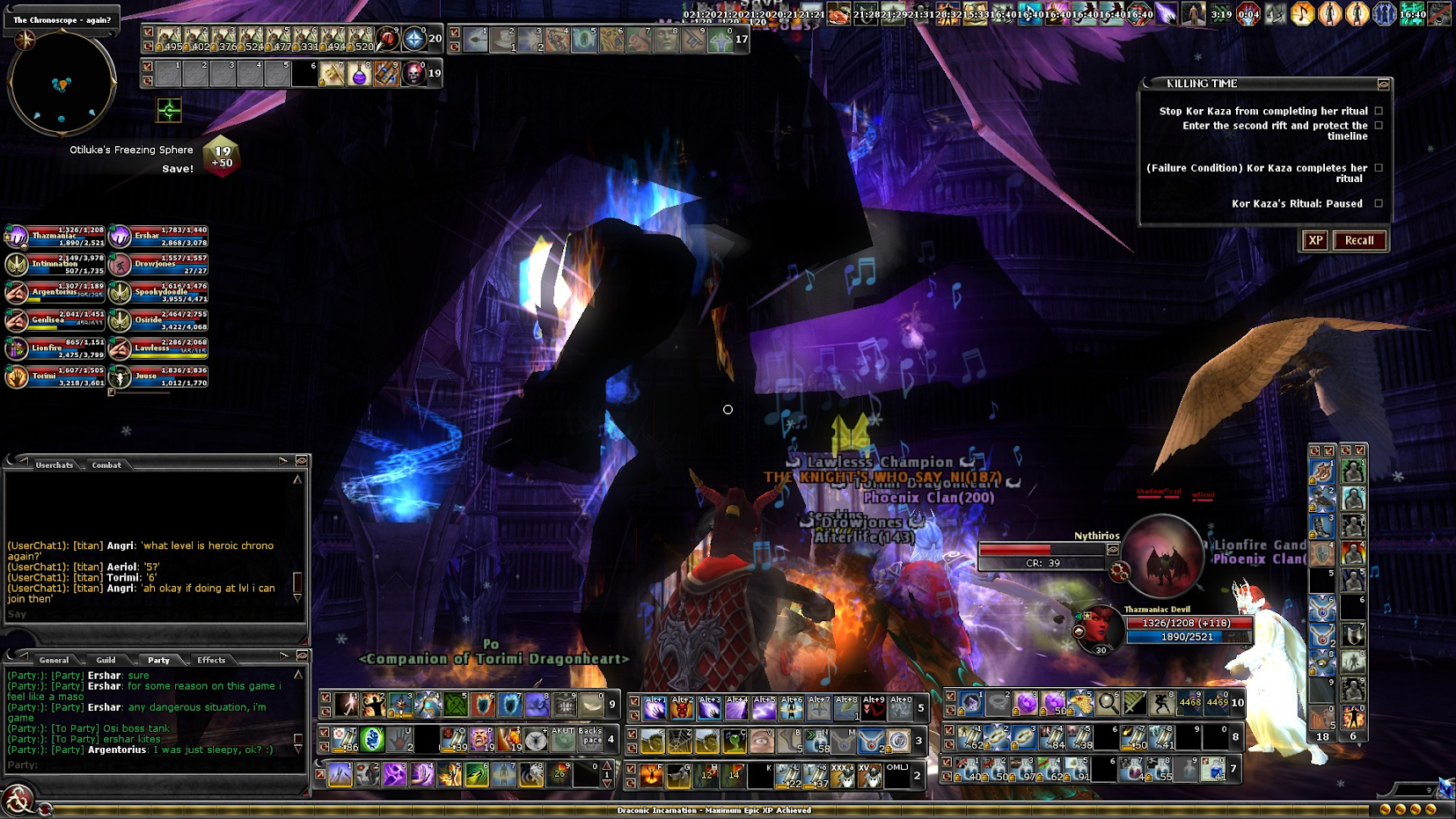 I switched to Maidae and we continued with Strahd. Completion time: 23 min, 57 s. Loot: 125 strahd runes, 26 threads of fate, Spiral, the Voice of the Elements, Platemail of Strahd, Nocturne, the Song of Night and Flow, the Piercer of Hearts. 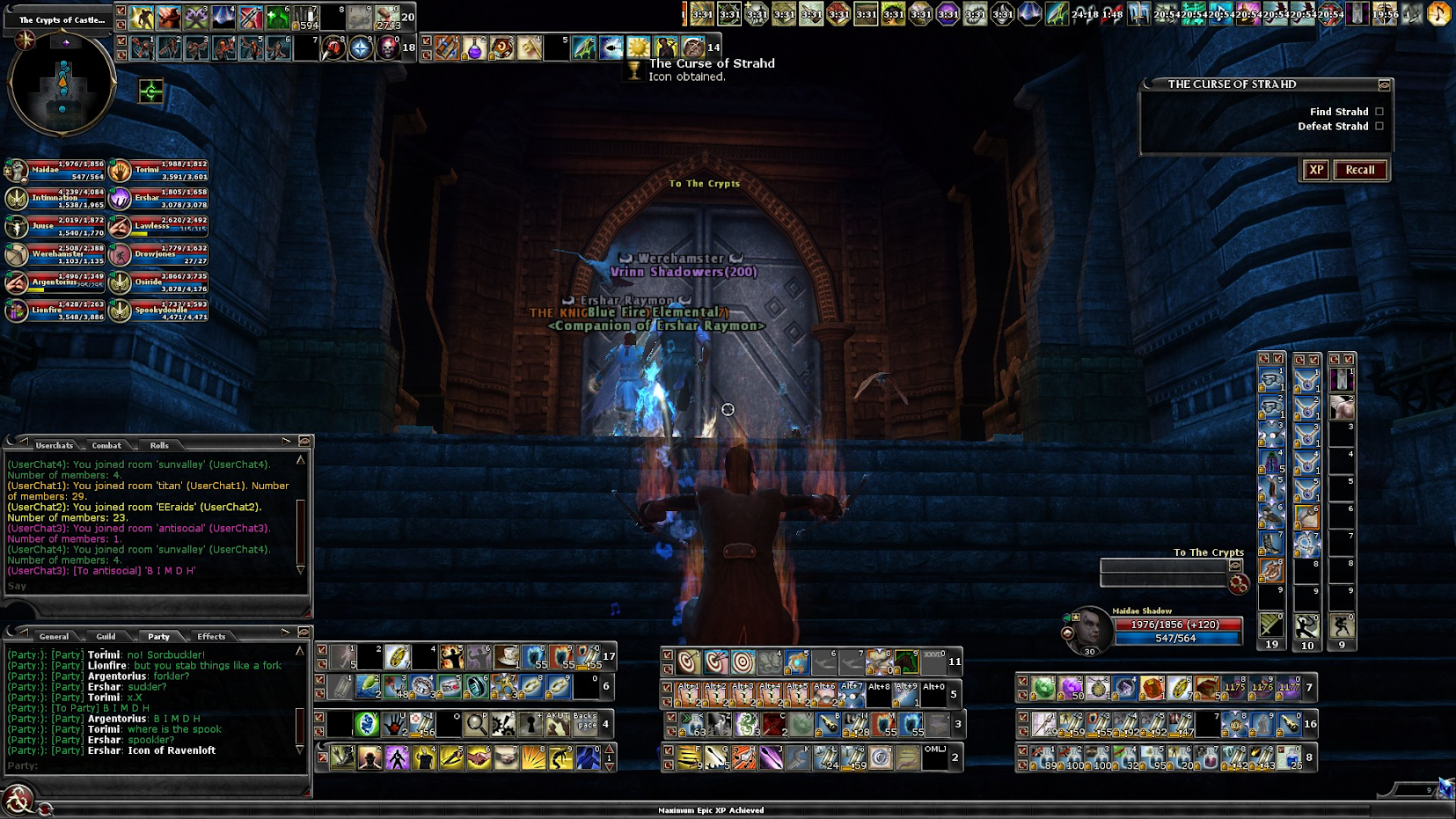 We continued with Baba and I probably asked Torimi to do teams again. We killed shamblers in the end fight. Completion time: 25 min, 35 s. Loot: 125 hut runes, 24 threads of fate, Void, the Endless Cold, Suffering, the Half of Whole and Savior, the Breaker of Chains. 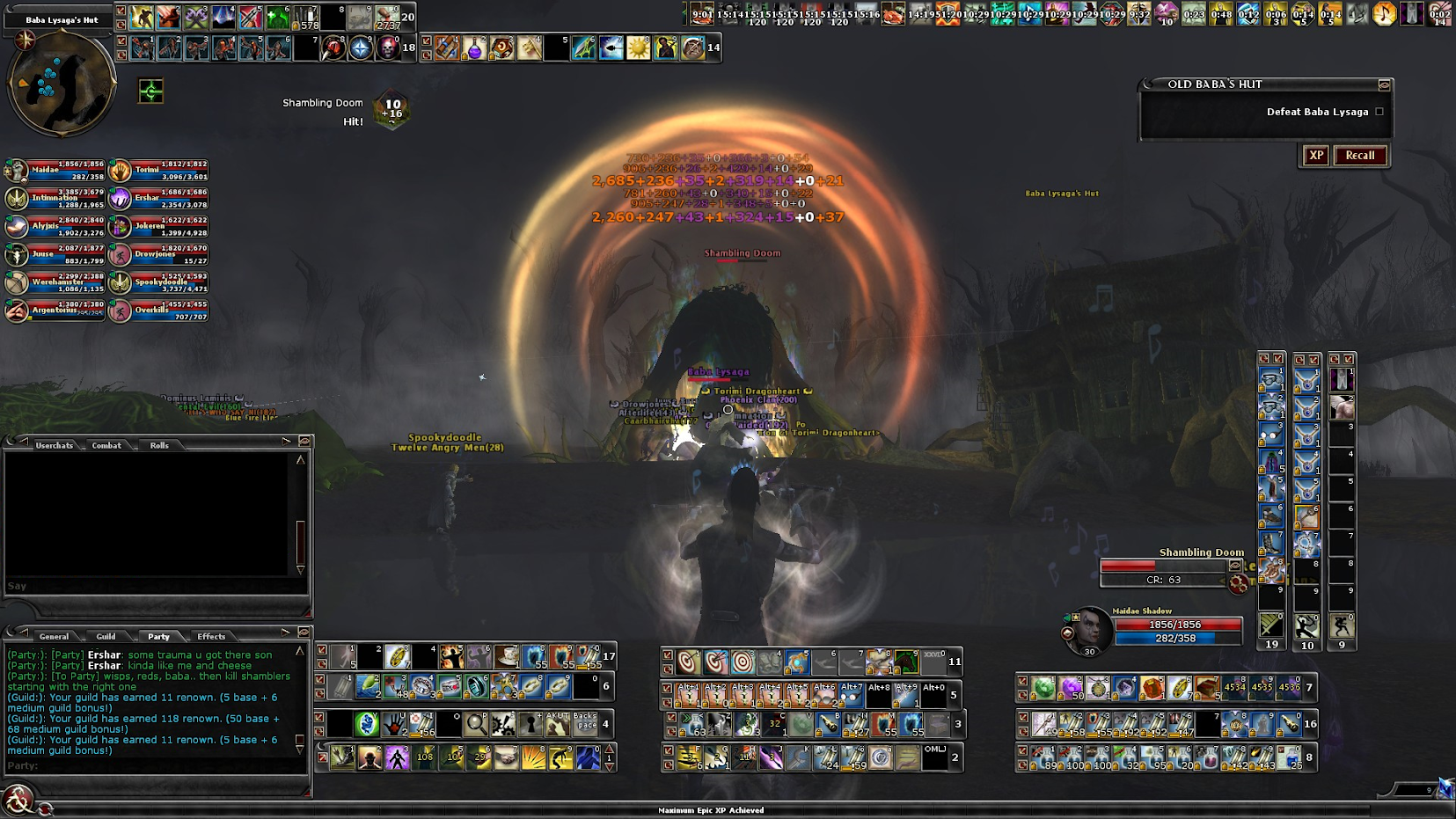 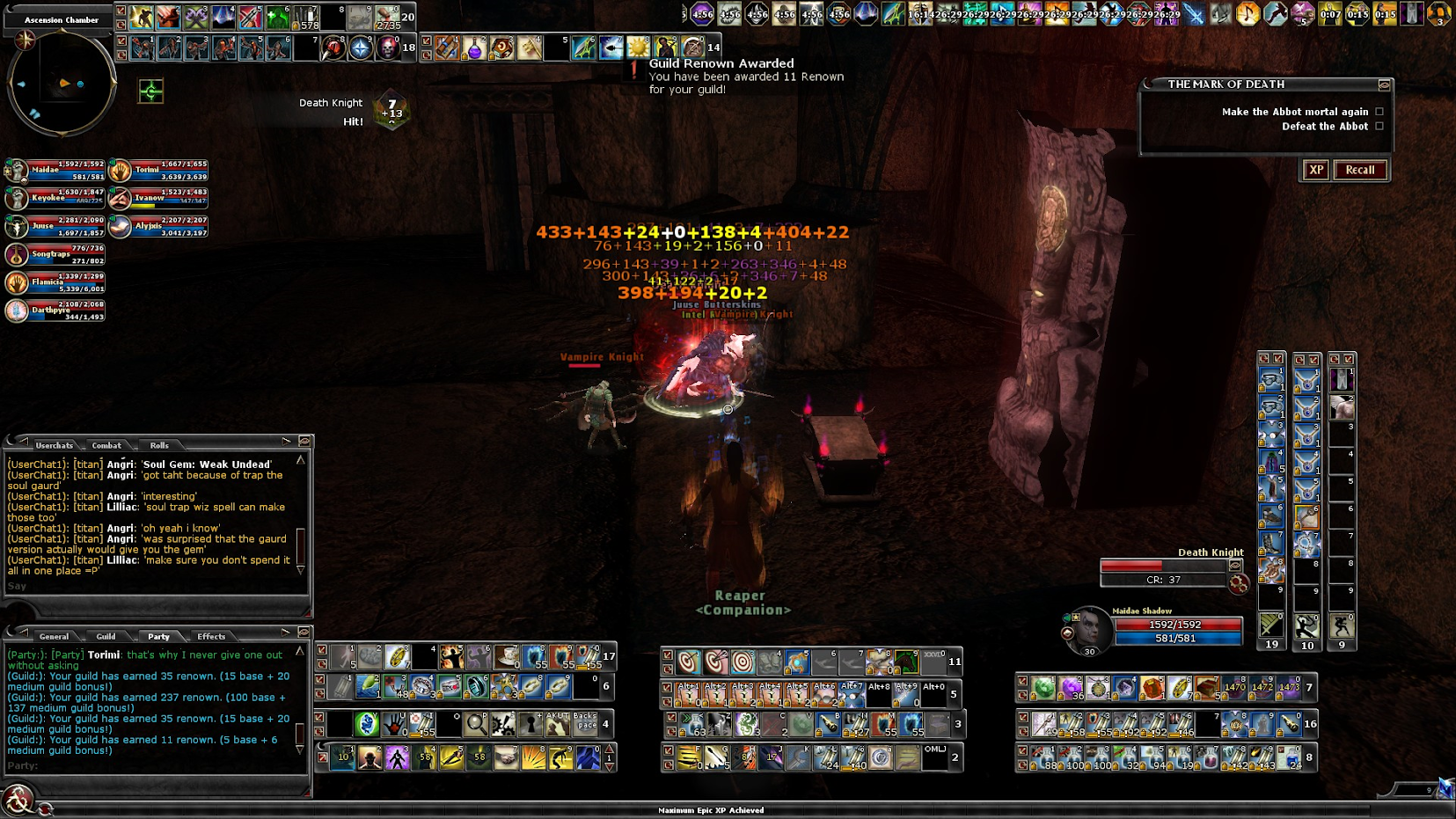 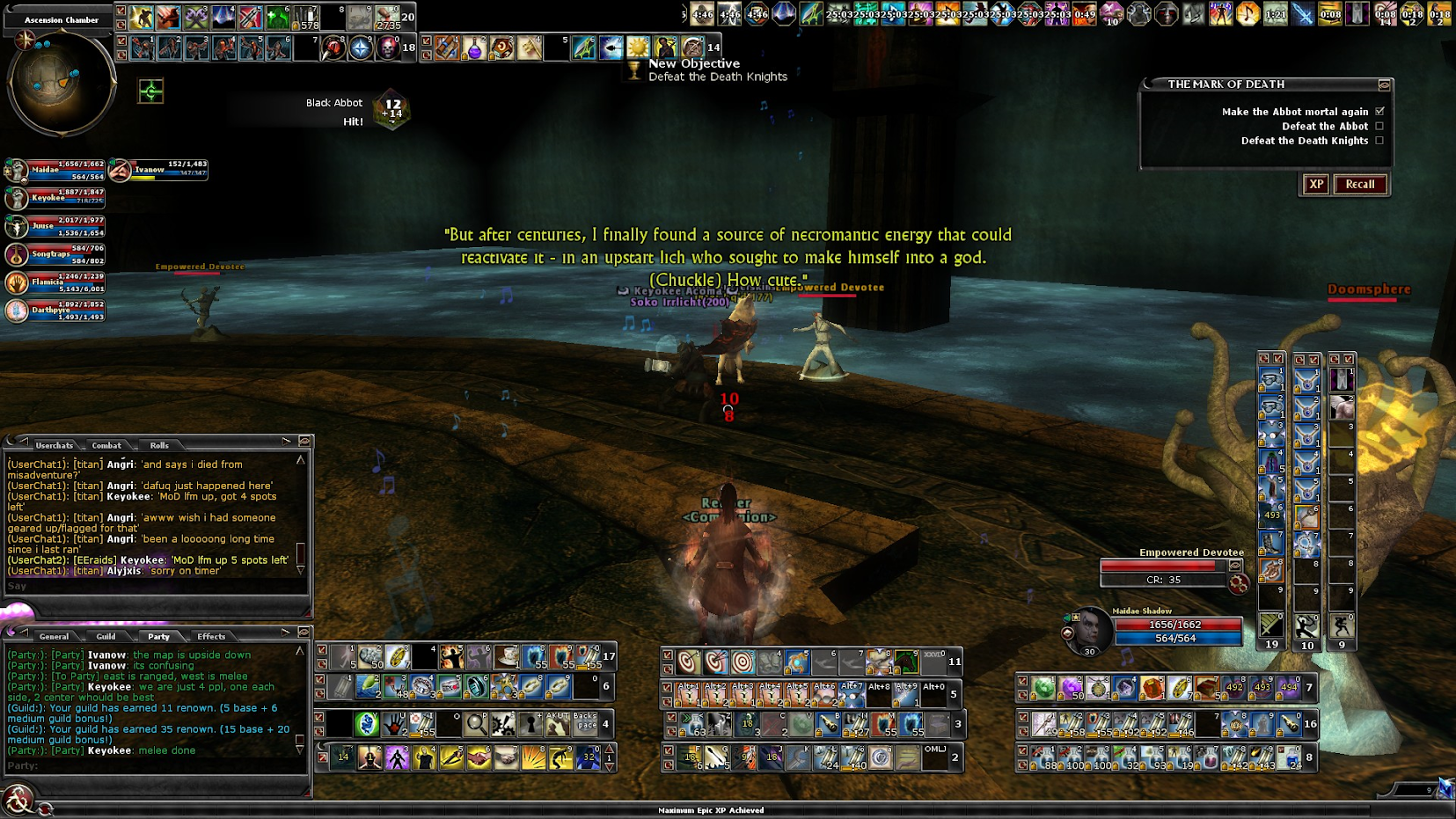 That’s all for raids 188.
Thank you for stopping by.