The second raid of Sharn has a lot of things going on and it’s been a lot of fun trying to (together with other raiders on Orien) figure everything out. This is what I have so far.

When you enter the raid, the rune panel is lit up. There are 5 runes at the bottom, each with a different symbol and 3 runes next to the head with what I consider the “lock” symbol. When the lock symbols are lit, the locks on the door can be opened, which is part of the failure mechanism.

The “lock” runes, the head and the rune panel 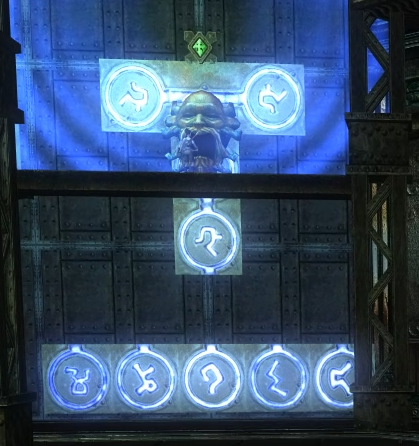 Each of the 5 runes matches both the bottom rune of a puzzle and four of them match a color circle. 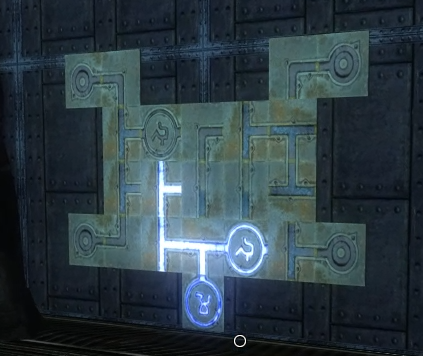 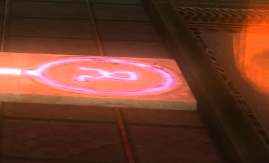 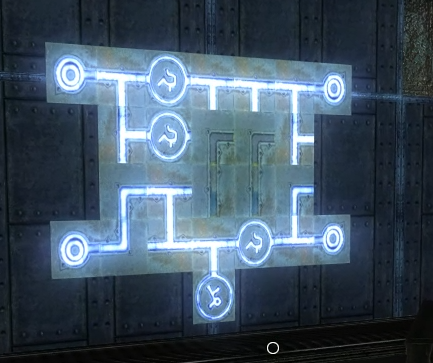 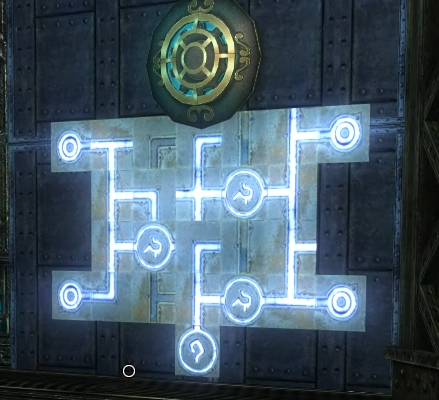 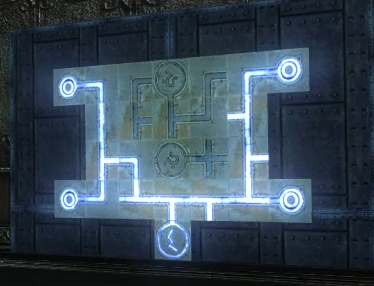 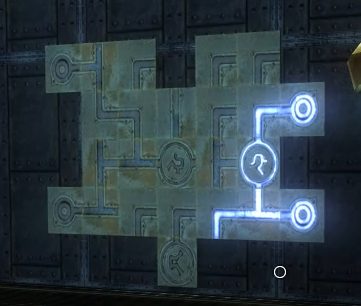 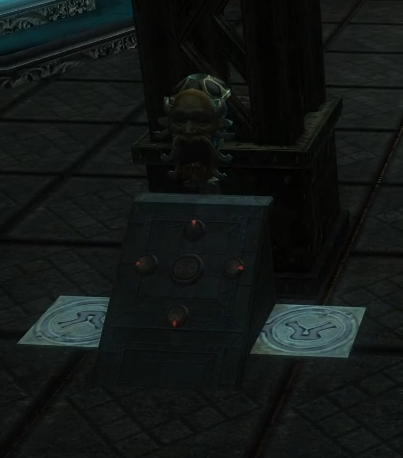 North west right bottom circle which is not tied to a color circle does not have it’s own power source, but powers the control panel for the laser, so power needs to be routed to it to use the laser.

The constructors seemed to spawn 30 seconds after all of them were killed when I and Osi were testing (looking at other videos this did not seem to be true). One spawns by each puzzle and starts changing it to light the “lock” runes. I’m told that cc’ing the constructors does not work – as long as they’re alive they will be working on the puzzle. It looked to me like they always spawn at the same time, when 1 is alive you don’t get more spawns.

If you’ve run this raid you know that you need to prep the 4 bosses one at a time, and then fire the laser above them just as they drop to absorb their elemental energy. You then move the laser back to one of the power platforms on the ground. I haven’t tested if it works on others, we’ve been using the north west one. One player needs to stand on the platform for you to fire the elemental essence into the players. 3 random players get a color circle that allows them to enter the elemental room. Since Irk moves around a lot I attempted to map out his movement. I even made an animation based on one video only to realize Irk doesn’t follow the same pattern from run to run. He does, though, seem to stop for 17-20 seconds before moving to another spot, turns and then picks a spot where he again stays 17-20s.

And here is one of the testing videos:

That’s all I have for now.
If you’ve learned something more about this raid not mentioned here, please write it in the comments, or in #strategy-discussion on our Orien Raiding Discord: https://discord.gg/PKDxEtg

Thank you for stopping by.
Cheers.

One comment on “Project Nemesis – figuring out the mechanics”