Every once in a while I find myself thinking about this game, why I keep playing it, what it has become and what the community has become. I think things are quite different now from what they were back when I started, but some things have remained the same. To me, the reason why I play has always been more about the community than it has been about the game. I also set goals for my toons a long time ago and I’ve more or less been sticking to those goals.

I’ve always loved running raids, and I wanted to try harder difficulties, which became difficult to do with just random pugs. So I created eeraids channel and decided to start doing eeraids regularly. Then Storms created Orien Raiding Discord, Titus helped advertise my raids, and things took off from there. I invited some of the regular raiders to join my guild and I now had a semi static raiding core to do the end game raids.

Osi mentioned that he wanted to have a toon for every situation for the raids, and I’ve slowly been working on the same – I have heals, dps and am working on making cc and a tank. I just play slower than the others, as I split my time between my toons and level several at the same time. I also run with a static group once a week where we’re mostly just questing and xp’ing.

I really do enjoy the raids, and the best part of them in my opinion is the atmosphere. We can do silly things, try harder things, wipe and struggle, while meowing or goofing, because the raids aren’t about performance but about having fun. For the same reason we have started increasing the difficulty in some of the raids, as our default easy difficulty has become that level of easy that it’s getting boring. We definitely have more fun when things are challenging. 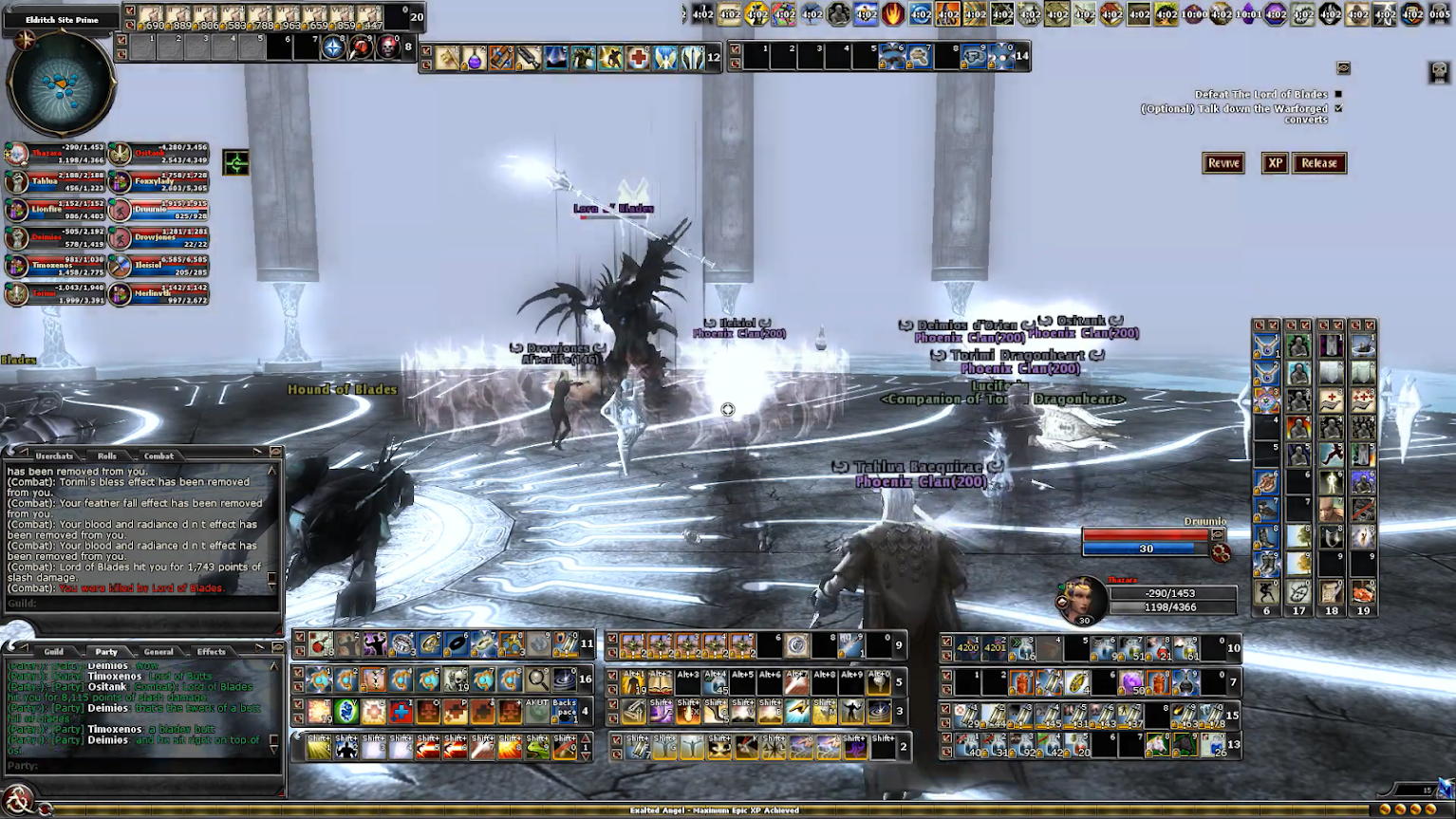 Anyway, I think that’s some of my thoughts for today.

Thank you for stopping by.
If you want to read more about the raids, have a look at the EEraids category or have a look at my YouTube page where I every so often post some of the raids.

One comment on “Thinking about the game, playstyles and endgame”