Raids Saturday 62 was a week ago on Saturday. I posted for babas a bit after 9 pm my time (3 pm EST), and waited a bit to fill. At about 9.30 we were ready to start. This week I didn’t recognize several of the names joining, but they may have been alts of people who normally joins. I didn’t split the party, but let them split themselves, like I’ve been doing. We struggled a bit with some of the scarecrows, but the raid progressed at a normal speed and we finished in 34 minutes. Next was Strahd. Several of the party members from babas left, and we waited to fill, which took about half an hour (things were a bit slow). I forgot to screenshot the run, but we didn’t really have any major issues. Some deaths on the stairs, someone relogged during the heart fight so we had to wait for them, and during doors I found a torch but got pushed into a corner by the mobs and ended up floating on the wall. Lucky for me Gabraell found me and helped me light the torch, as I kept dying from the sculls. The raid finished in 28 minutes and Storm in a Bottle dropped. 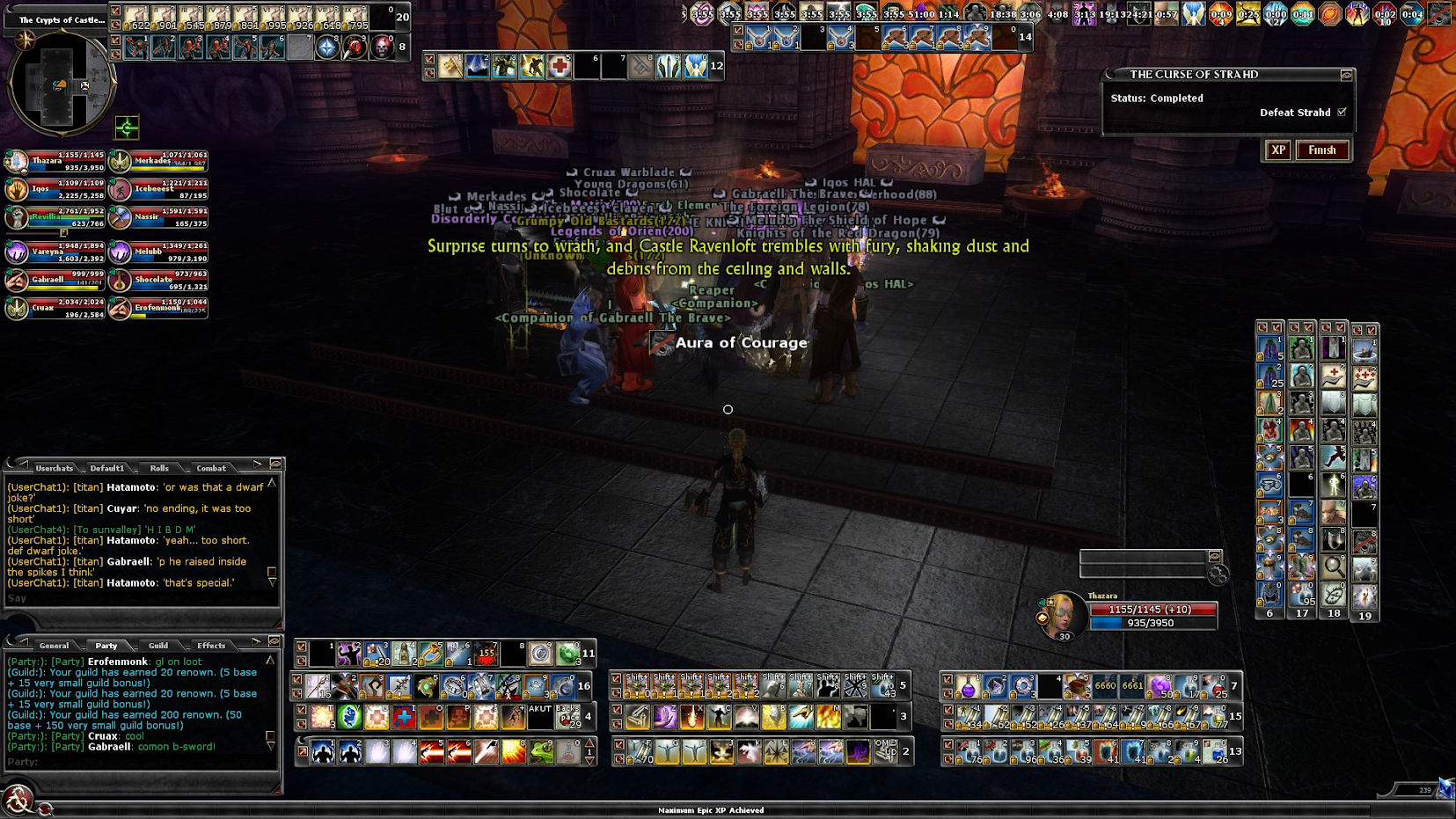 I asked the party what they wanted to run and someone suggested shroud, or at least I think they did. It wasn’t clear to me if they wanted to run heroic or legendary, but I switched to Cerge and posted for legendary. I was sent an invite to rejoin the party and we waited a little while to fill. Not too long though. We had a good group, the portals were going down, and the rest progressed normally. Nothing special to report about the run, lol. I wanted to do TS after shroud, posted and in about 10 minutes we were ready to get started. I didn’t bother to wait for a 12th party member, as we usually get someone after starting. Of course, joining in the last spot after we’ve started means you have to be able to run to the front door on your own without dying. We do go get people who’ve died there, but it’s preferable that we don’t have to. In fire and ice I ran off to ice, grabbed aggro of ice and ran backwards back to the barrier while shooting at ice. He died just before the barrier, it opened and I ran in to grab the rune before helping to kill off trash. When I hear a few dings I go “my fault!”, as I pulled a bunch of mobs without killing them. We clear off the trash before continuing. During end fight I believe Sor’jek reset 3 times before we eventually got him to not reset. I have not been able to figure out why he does it, but it seems to have something for do with aggro and special effects/ attacks on him. Maybe people dying/ getting thrown off and maybe it’s colors of the queen. We finished in 29 minutes. 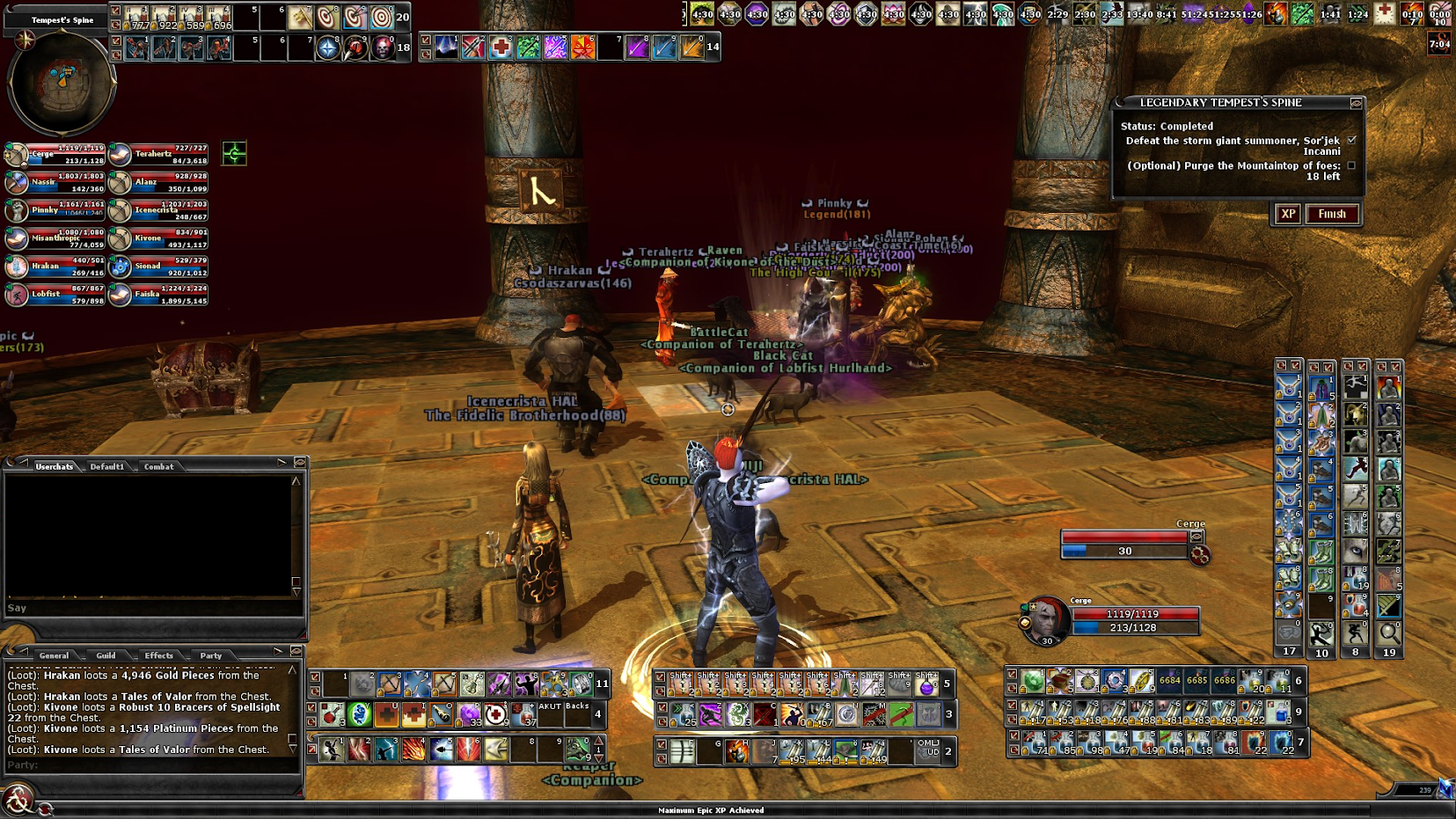 Next I figured I could do another run of babas for runes. I wasn’t sure we’d even be able to fill the group, and it did take a long time, but eventually we had a full group and could get started. Some people joined that I don’t think have run with me before, and they mentioned wiping in this raid. I don’t know why, because this run went well and was even a bit faster than Thaz’s run before. I guess we completed the puzzles faster this time. We completed the raid in 29 minutes. 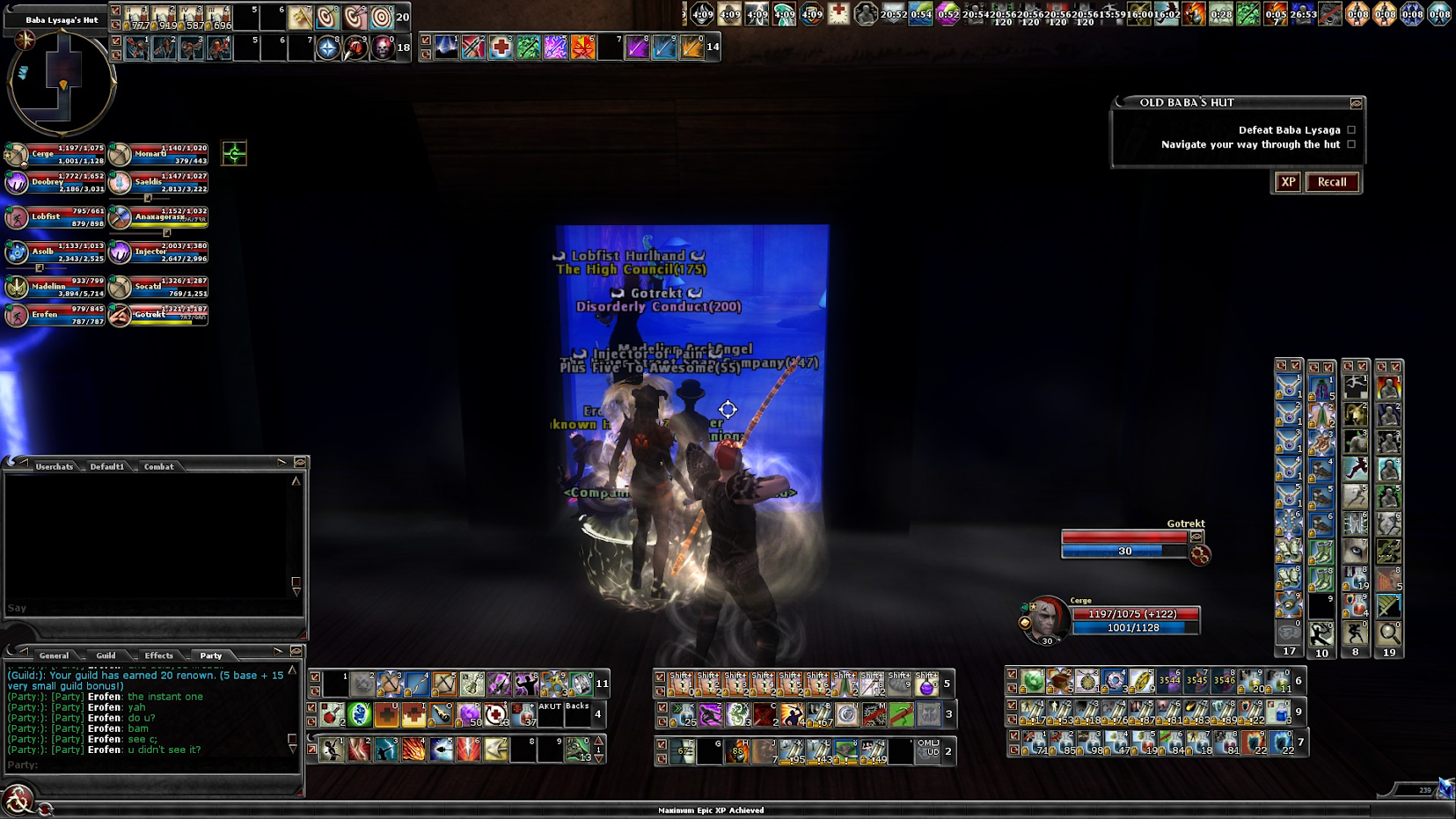 On completion of babas it was 1.30 in the morning for me, and I wasn’t sure if I should post for something else or head to bed. I decided to post for RSO. Doobrey and Revilllia joined, but then no one else. After about 30 minutes waiting, and the clock hitting 2, I decided to give up and head to bed.

That’s all for last weeks raids.
Until to night.
Cheers.