I have been neglecting Thaz, my plan has been to cap Crusader on Thaz and then start eTR’ing, but because I wanted to do 20 runs of Deathwyrm and 20 of Thunderpeak on Cerge and Maidae, Thaz hasn’t been run much. So I decided to bring her out for our weekly ADQ and VON. Oh, there is a difference when I play Thaz, and how I was playing Cerge as a bardcher. Cerge was dependant on his manyshot, his melee didn’t hit as hard, so in ADQ pre I progressed rather slowly. Thaz on the other hand runs til red alert, the nukes the room. Sort of how I played my sorc, lol. This tactic bites be in the behind if I lag, or the mobs hit me harder than I expect, but it worked fine this week. And short man ee ADQ raid worked out well too, I believe it was a flawless run, and Thaz even tanked the queen when she was raging. 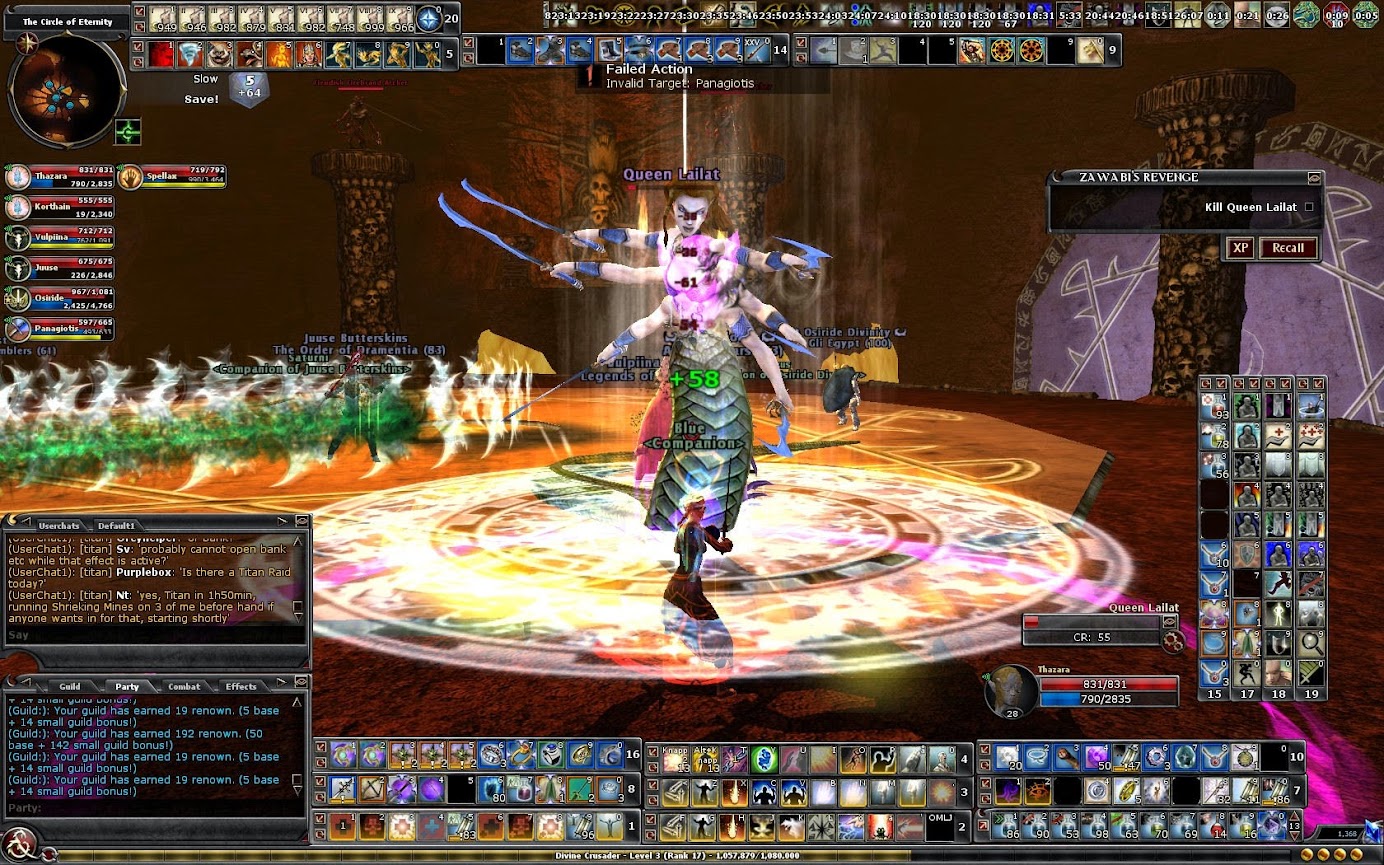 I finally got Osi dragged with me into Thuinderholme, but he only had time for one Deathwyrm run, then we did ee Chrono and he left for the night. Chrono was pretty standard, I find it boring, so I’m usually not in any hurry to get in, lol.

END_OF_DOCUMENT_TOKEN_TO_BE_REPLACED

It’s been days since I wrote a blog.

Bad me. I’ve been working and playing mostly, and planning my summer vacation, as well as reading the PC forums once in a while. At work they gave me a new project to work on, that has been a bit more intense than I’m used to, with a more effective work schedule. I like it a lot, but because of it I’ve been getting up earlier in the morning, and I’ve been very tired, and not too keen on writing a blog.

Alright, so what have I been up to in ddo? Well, I TR’d Cerge as you may know (see Cerge went to the Reincarnation Grove), after which I haven’t played him much at all. I spent a good amount of time on gearing him and then I’ve only done a little bit of favor runs. Last weekend I did VON and ADQ on Thaz, as I’d like to finish levelling Crusader on her before I eTR. And then I got Maidae to 26 and flagged her for Thunderholme. I wasn’t too happy with my toon at 26, but at 27 (current) she’s doing better, and I’m looking forward to 28 and the new raid gear (bracers and mask). I only plan to do 20 Deathwyrm and 20 Thunderpeak runs on her and then TR. So far I haven’t really taken to the cetus build. I learned today that with primal scream, tensers, yugo pot and divine might she’s at 68 str atm (with only +6 item and true blood). I would need to get this higher.

The ranged dps on this toon is also pretty poop. Cerge as a bard was hitting harder.  So I mostly focus on smacking things in the face with my eSOS. She does ok, though. Yesterday I end up tanking SR in FoT and the dragon in Deathwyrm, and she did ok in my opinion. I do need to check her gear again at 28 and do what I can to boost her saves and str. 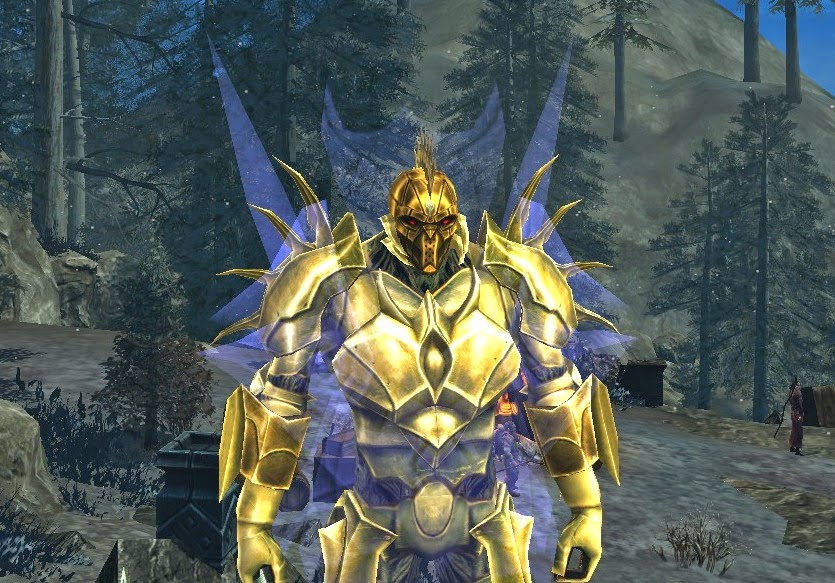 That’s all for now. Thank you for stopping by.

It’s been 10 days since I TR’d Maidae. What have I done? Not much at all. I ran for the 150 coin lords favor, and yesterday I ran some for house K favor. I did not quite reach the 150 required to get the last bank tab, but I should get there when I run the VON raid, I believe. Next time I play her I’ll start running for xp and hopefully slowly get her to 20. Maidae is currently 1 paladin/ 6 monk/ 8 fighter bladeforged, a Cetus inspired build. I’m mostly using the default bladeforged gear for now, since some of it seemed better than what I had, and since Maidae has never been a bf before, she doesn’t own a single docent. I practiced my zerging skills last night while running VONs, by running past as much as I could, and only fighting when I had to. This would have worked a lot better if I had remembered to pick up some invisibility scrolls (not to self: buy invisibility scrolls). Alright, here’s the collection video of my VON runs yesterday. I apologize in advice for my voice being a bit weak. I was very tired, and seems like I was more mumbling than talking. Oh well. Enjoy.

I must also make some greensteel displace clickies for her. That will be the next project after flagging for shroud in a few levels.

Thank you for watching, see you next time.

Maidae, maidae… Maidae is a combination of two elvish words; “Mai” which means slayer/killer, and “dae” which means light. It’s pronounced “may day”. Maidae was a half elf with cleric dilettante for her two monk lives, and an elf with dragonmark for her barbarian life. Then I decided to TR into a bladeforged, and man she’s ugly. Here are the before and after (TR’d March 18) 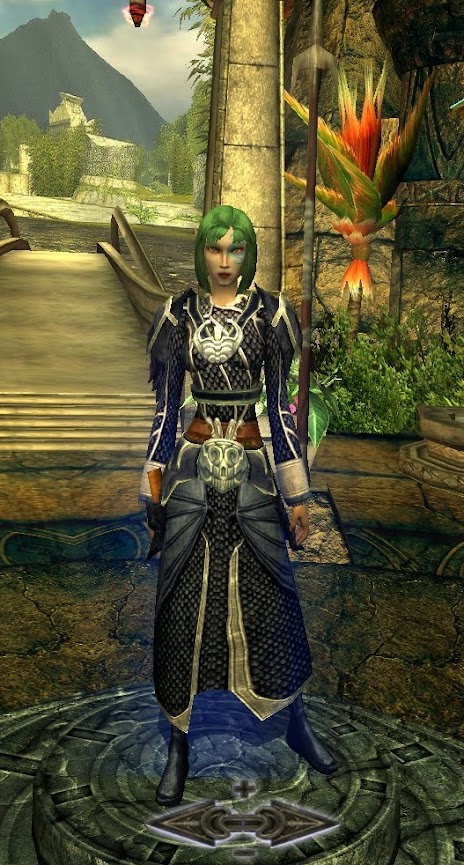 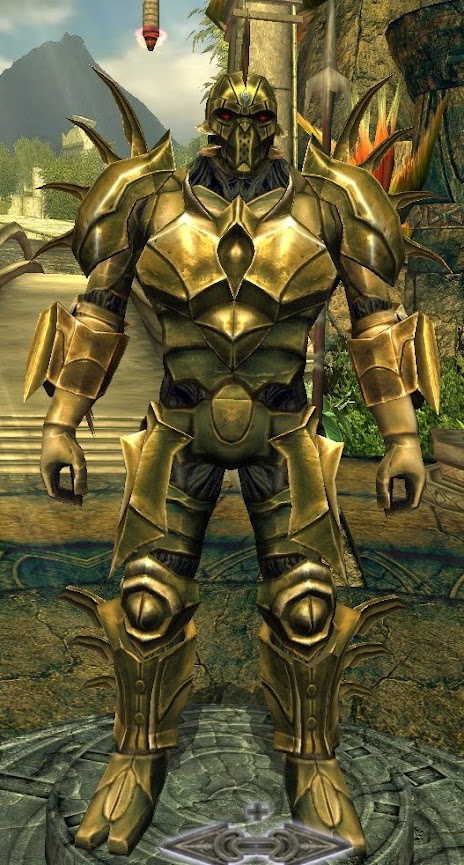 Maidae is now 1 paladin/ 6 monk/ 8 fighter… and I forgot to eTR. 😦 I wanted to TR, spent some time cleaning TR cache, then TR’d without eTR’ng, even though I have both the Karma and the heart, and had her sitting capped at 28. Well, I guess I can do some eTR’s before the next TR then.

That’s all folks. Cheers and tc.

I have been playing DDO for 22 months now, and I have since I started playing, mostly done quests elite on level. I.e. within bravery bonus or 1 level over, but with in range to not get xp penalty.  The other week I pre-purchased Shadowfell Conspiracy and made myself a level 15 bladeforged (default build), then I jumped into a normal Lords of Dust (level 16 quest) without anything but what he got on creation. No additional pots or scrolls and no hireling.  This means I was one level under quest level. Spikylicious did very well.

Last week I decided that I wanted to run my sister to Eveningstar. Her highest level toon is a level 13 druid. To get to Eveningstar you have to run the Web of Chaos quest chain and Beyond the rift, all level 16 quests. I ran Spiky, grim joined on her newly created bladeforged and my sister ran her druid. We blazed through the quests on normal, and in the 4 quests we had a total of 2 deaths, both me. lol. Both in Spinner of Shadows. Death 1: I managed to fall into lava and was unable to jump back up. Death 2: I was killing glass spiders, got Spinner aggro and decided to just ignore her. Resulted in a pretty quick death.  😛 But the bladeforged paladin is pretty sweet. Was easily leading kill count. 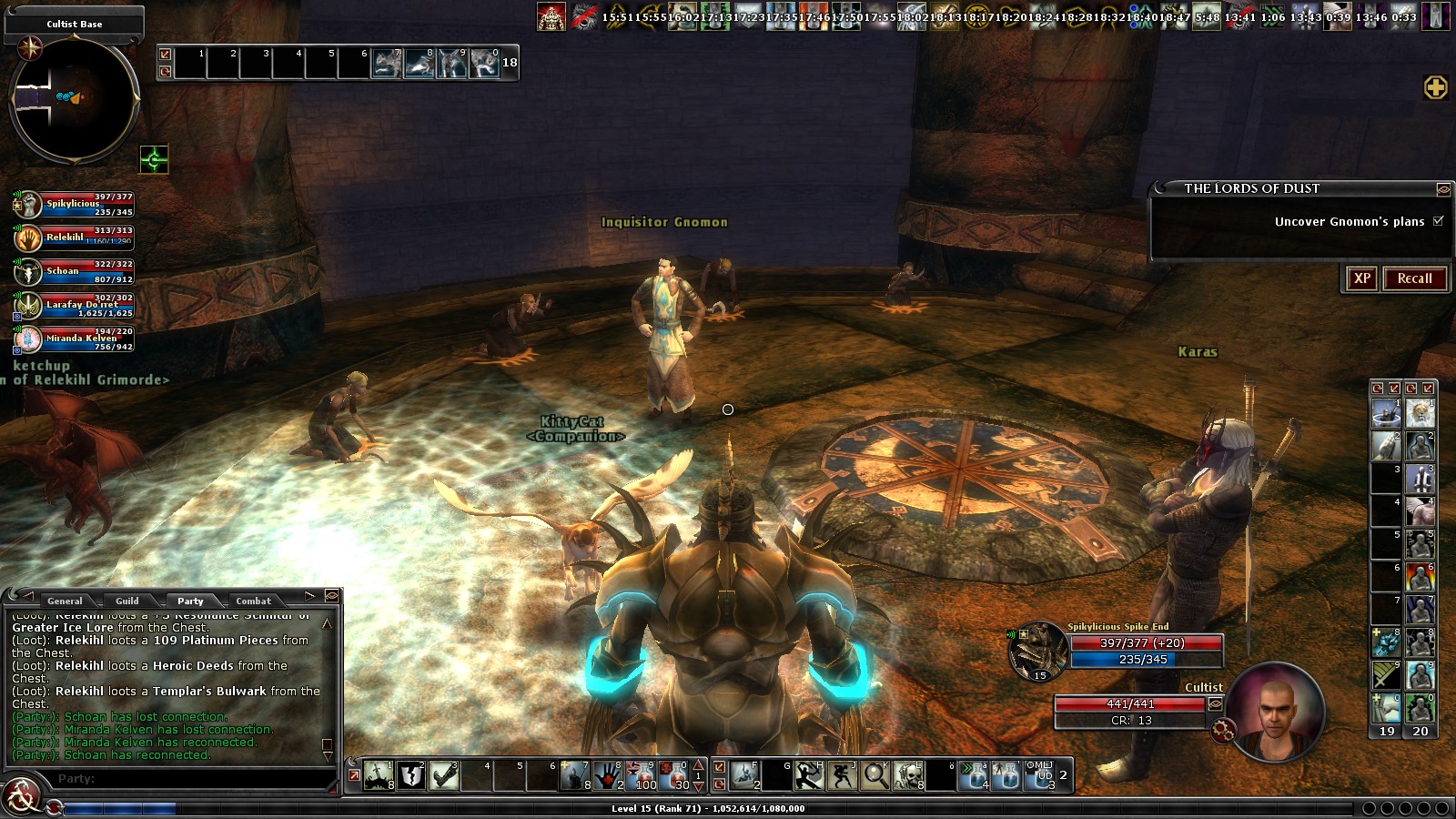 The team in Lords of Dust last week.