Note: marathon, means marathon. This is going to be long. lol

Friday was a night off from DDO for me, due to work xmas party (yes, kind of early, I know). Saturday I did a bit of household chores, then logged on to DDO at 7pm, which is a lot earlier than I usually play on Saturdays. Plan was to play til early Sunday morning. 🙂

Early evening
So, I logged on and checked the lfm. Nothing good on. Alright, so I was missing some mats (four) for the gs scimitar I was going to make for Thaz, and they all drop in Let the sleeping dust lie, so headed over there to do a quick normal. On the way there I saw an lfm for The Chronoscope epic elite, and sent the leader a tell, that if they need a healer I’ll join once they have a bit more ppl, that I’ll run vale for mats until then. I got a reply a while later asking me how long, and I replied that I’ll drop the quest and join.

END_OF_DOCUMENT_TOKEN_TO_BE_REPLACED

You’re all gonna think I’m being completely unnecessary writing this post 🙂 But, it bothered me, and stayed in my mind, so I’m gonna get it off my chest. You know how you sometimes afterwards think “why didn’t I say that?”. Well this was one of those. I was running Reaver’s Refuge quests elite on Thazara yesterday, with a pretty good and fun group. But, in Enter the Kobold end fight we ran into trouble, probably because of the wrong tactic at first. After a bunch of tries and the casters releasing to get their mana back, we changed our tactics and finished end fight in a few mins 🙂

But here’s the tiny thing that bothered me. The wizard was for some reason trying to solo the boss area, kept dying and wasting mana on respawning meteor swarms (he was a TR btw). At one point he’s out of mana and asks me for divine vitality. I say “I don’t have it”. And he responds “All clerics should have dv. Probably the best use of a cleric’s turns. And they regenerate”. My response was “No, I don’t have that many turns and I use them for 90% of heals, if the party is good.” Here’s the thing. His comment was very noob. Clearly he has never played a cleric, but only run with hirelings that have dv. It bothered me, though, that I didn’t teach him. What I should have said was “Divine vitality 1 is pretty useless, and dv 2-3 is a waste of action points. Dv is only for healbots with a lot of turns”.

Actually, come to think of it, I see no reason at all for a cleric to have dv on higher levels. The amount of mana it restores is rudimentary, even if you were to have dvIII, which would costs you 1+2+3 AP. One of the divine enhancements is a prereq for Radiant Servant, otherwise I wouldn’t bother with them at all. I have divine healing, even though I only used it sometimes before I got the radiant aura. Someone wrote a blog post, though, were it had saved them from wiping.

🙂 Ok, that’s my semi-rant for the day, lol. Ever seen a charmed meteor swarm? 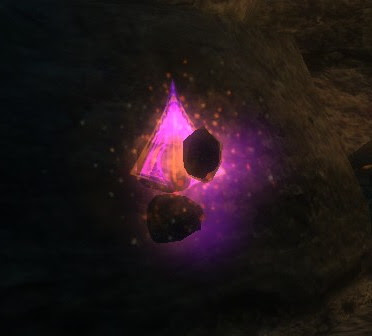 Tc and see you around Orien or Cannith.

To you who sent me a message on myddo, at the moment I am unable to read the messages, because…

I have reported it, but it’s been more than 3 h and nothing has happened.