This was my second time posting for a practice run, and unlike last time, this time we filled fast. I assigned ppl to roles I thought they hadn’t done before, and I wanted to start with Zulkis and do Gish last. One of the reasons for doing this on normal is the lack of death timer – so if something goes wrong, ppl are raisable right away. I ended up alone in earth and for practice reasons I decided to just kite the boss in there and have the laser person send in a new team. Loot: 64 nemesis runes, 25 threads of fate, Wildwood Wrists and Stickerclick, the Bitter Hail of Bolts. The Wednesday group filled fast, I invited ppl from eeraids channel and I think everyone who wanted in got a spot. Torimi was on laser, I don’t remember who took the other bosses. Boss order I believe was Zulkis, Rudus, Irk, Gish. Completion time: 26 min, 42 s (with waiting inside). Loot: 84 nemesis runes, 30 threads of fate, Stickerclick, the Bitter Hail of Bolts and The Family’s Blessing. We continued with thth, and I trusted that we could handle the raid without cc, since we had a dedicated tank. Turns out I was wrong, and after two fails we moved on to the next raid. The group wanted to give thth another try. This time we had both cc, insta kills for trash and a dedicated tank. Completion time: 12 min, 55 s. Loot: 64 forge runes, 25 threads of fate, a +4 to +5 upgrade int tome. Saturday raids filled fast as well, but I believe everyone got in that wanted to. We did Zulkis first again, but I don’t remember who parked which boss. I think Torimi was on laser again. I decided to run Maidae since I wanted to get her Hallowed Splinters and I figured we could manage with the heals we had. Completion time: 21 min, 26 s. Loot: 84 nemesis runes, 30 threads of fate. 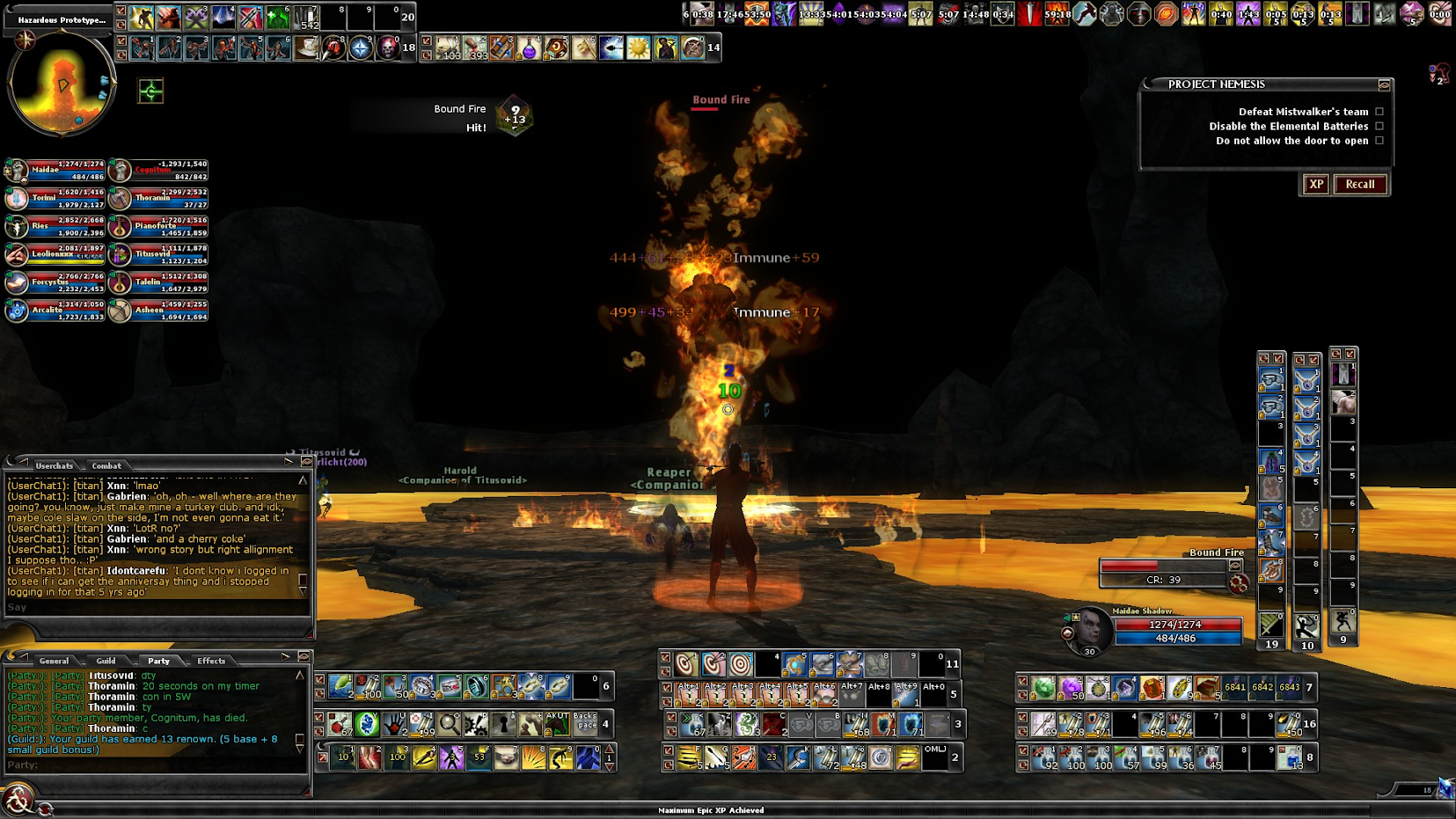 We continued with thth and I was quite scared to not be on Thazara, but I wanted to continue playing Maidae. The first attempt failed, so I switched to Thazara for the retry. The second attempt completed. Completion time: 17 min, 53 s. Loot: 64 forge runes, 25 threads of fate. I stayed on Thazara for KT, and I think I kited shadows. Dan was dragon tank. Completion time: 38 min, 14 s. Loot: 84 time runes, 24 threads of fate, Trinket of Freewill, Timeshard and at least one schism. 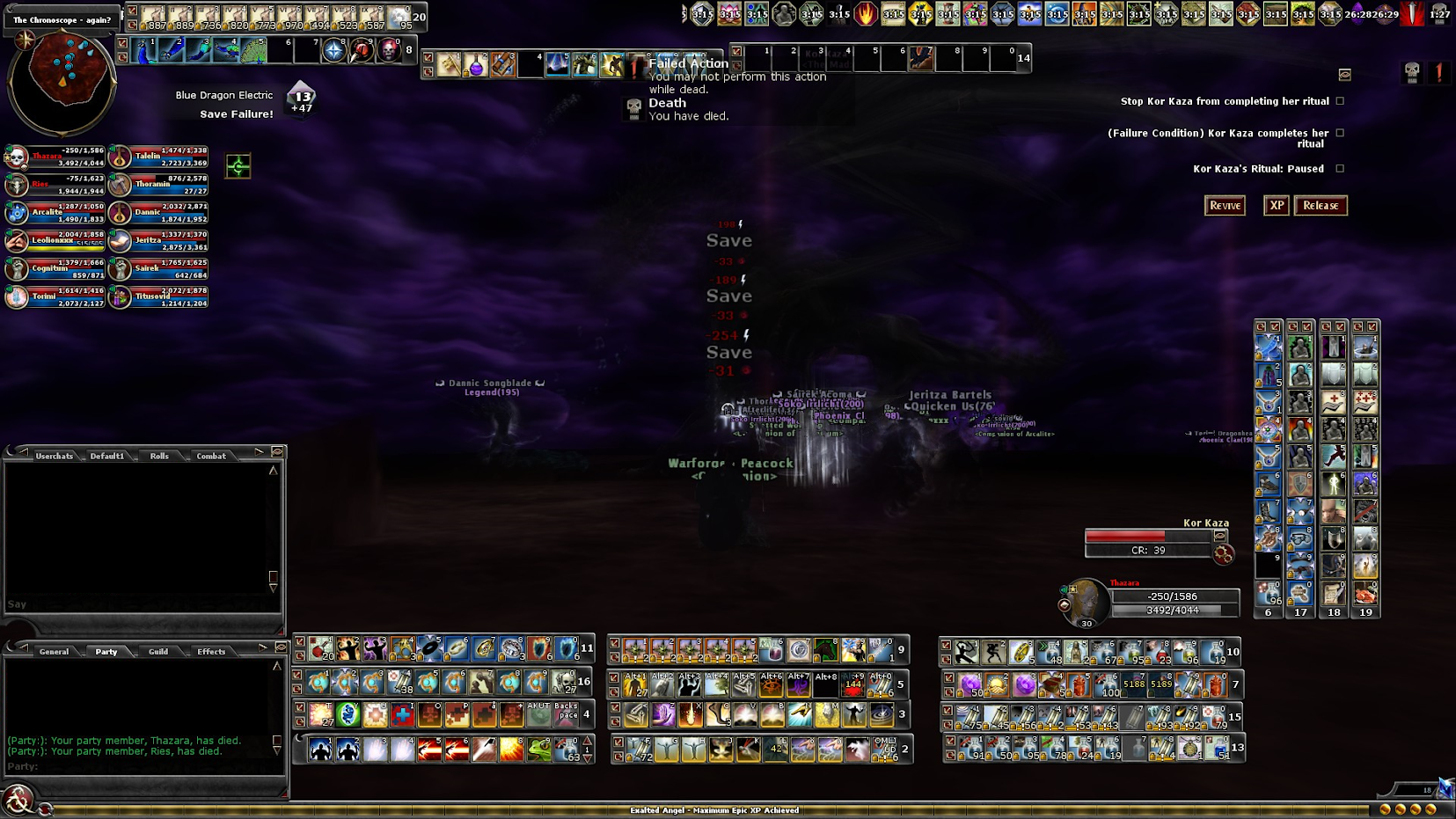 Some party members wanted to run Strahd so we continued with that one. I believe Dan carried the sunsword and I and Torimi trinkets. Completion time: 35 min, 53 s. Loot: 84 strahd runes, 24 threads of fate and Nocturne, the Song of Night x2. I let ppl vote for the next raid and PN was chosen. I believe we did Zulkis, Rudus, Irk, Gish – in that order. We ended up waiting a bit at the start for someone who was having issues getting in. Completion time: 28 min, 22 s. Loot: 84 nemesis runes, 30 threads of fate and a +7 dex tome. Some wanted another thth and I agreed. We again waited a bit at the start for someone. We had a tank and casters this run, so I wasn’t too worried. Completion time: 20 min, 39 s (probably with about 10 min waiting at the start). Loot: 64 forge runes, 25 threads of fate and Constellation, Cursed Blade. For the last raid of the night we decided to do a baba. I asked titus to do teams, as I don’t like to. We again spent some time waiting for someone before starting and I forgot to screenshot the quest report. The run was quick and easy anyway. Loot: 84 hut runes, 19 threads of fate and Void, the Endless Cold. That’s all for raids 171.
Thank you for stopping by.