I haven’t been active in the DDO winter games, as I don’t really enjoy them. I bought the skates in the DDO store for I think 20 points the first time the sports came around, but except for trying them once or twice I mostly ignore them. When I started playing, the games were only in harbor, later they were added to Eveningstar as well, and a chance to earn a polar bear cosmetic pet. Near the racing area there has as far as I can remember always been the two snowmen and the polar bear cub – I don’t remember if he was always dancing. This year I spotted another cub near the entrance to King’s Forest and later another one on the way to the bridge to Storm Horns and Thunderholme. Check out the screenhots below.

This polar bear and the two snowmen are the ones I remember as the first ones. I haven’t paid attention to if anything has changed about them. 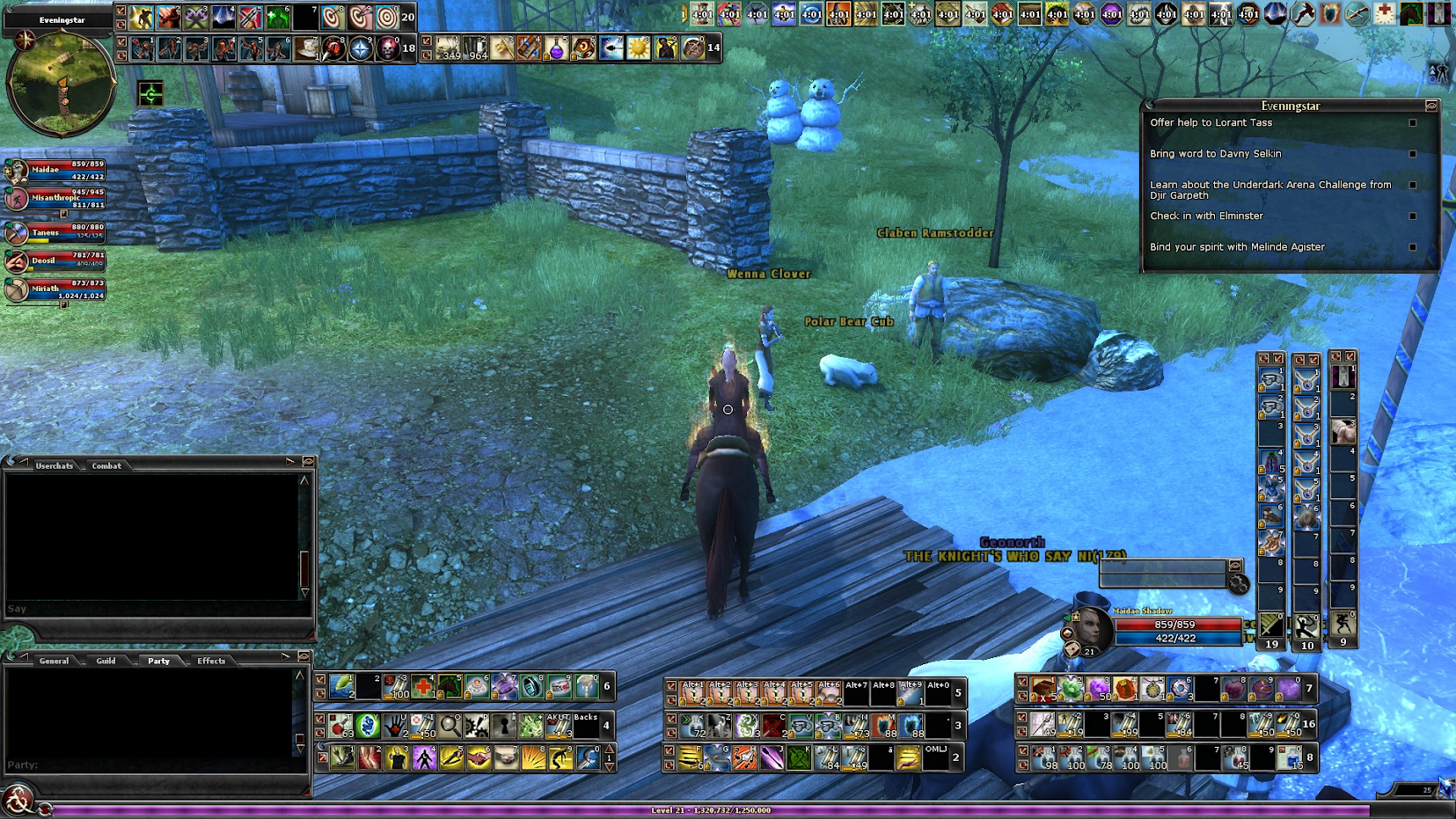 This one I hadn’t seen before. This is a dancing polar bear. This one I hadn’t seen before either.