I recently heard of the +2 reaper helm that gives a +2 bonus to all ability stats. With the +10 loot bonus last weekend I bought some treasure bonus pots and headed into memoirs to do some loot farming (I wanted a circlet with the +2 bonus). I started out running Thazara on R1 and after ransacking her, I switched to Cerge and ran R2. The first 2-3 runs I logged the pikers (alts) off inside the quest, but then I just parked them outside and entered to loot.

After the first two runs I started bringing a hireling to heal me during the boss fights. It was a lot less stressful when I could stand there attacking the boss with the hireling throwing heals at me, rather than me having to constantly keep myself healed. Thazara’s aura was not enough when the boss would hit me for ~200 per hit. Have a look at some of the screenshots.

One of the champion chests ended up in the ground, and I just couldn’t loot it. 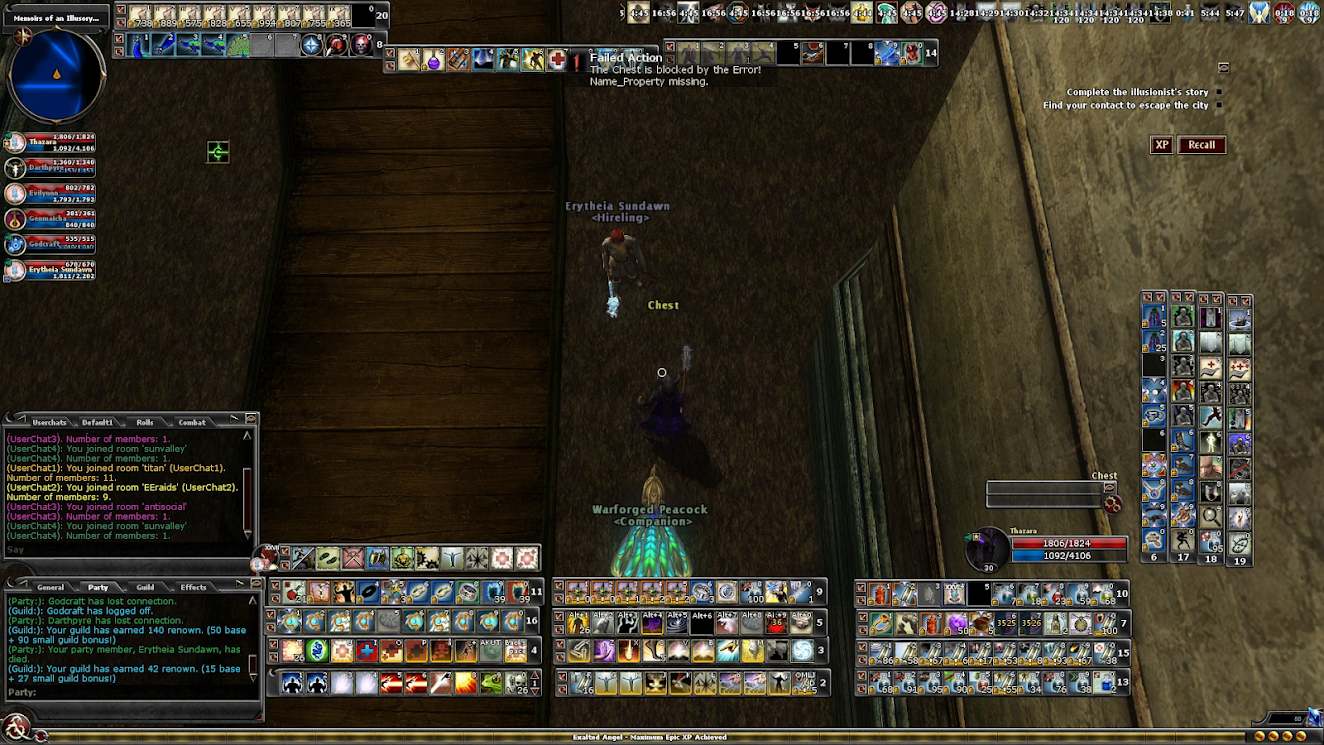 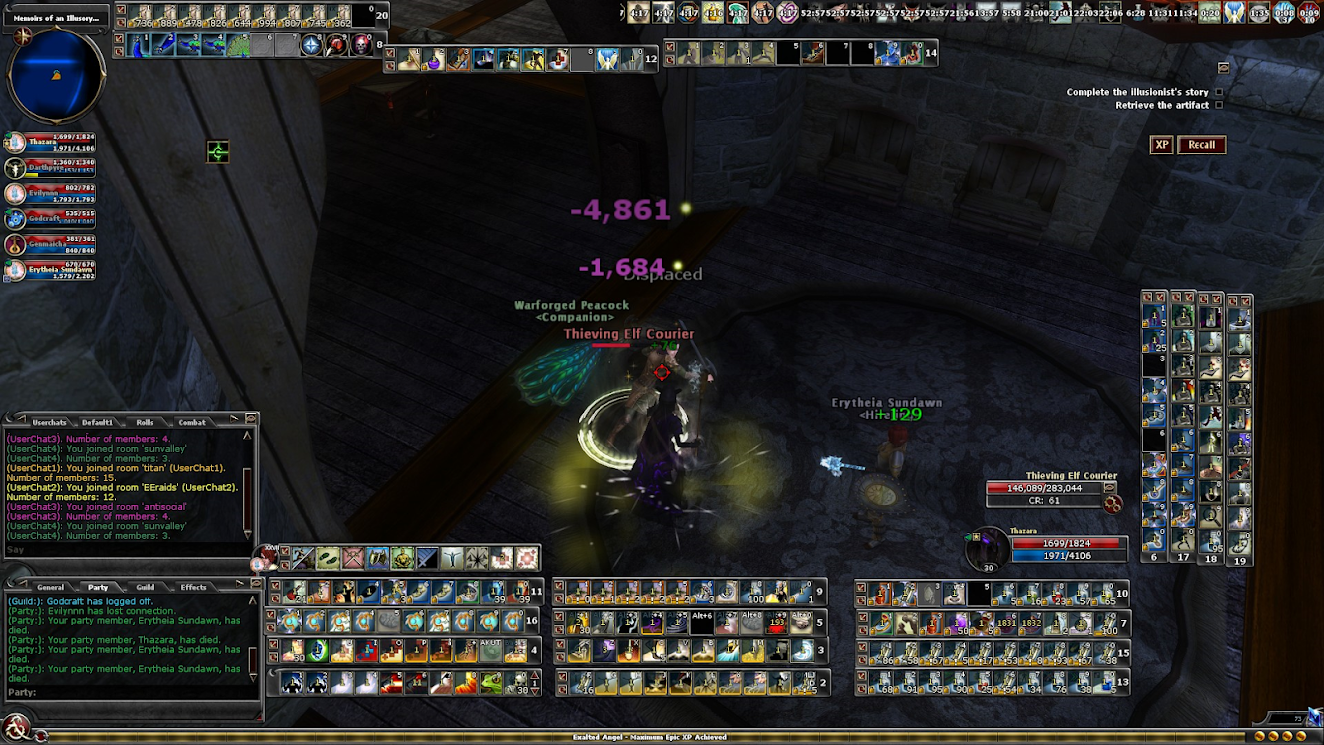 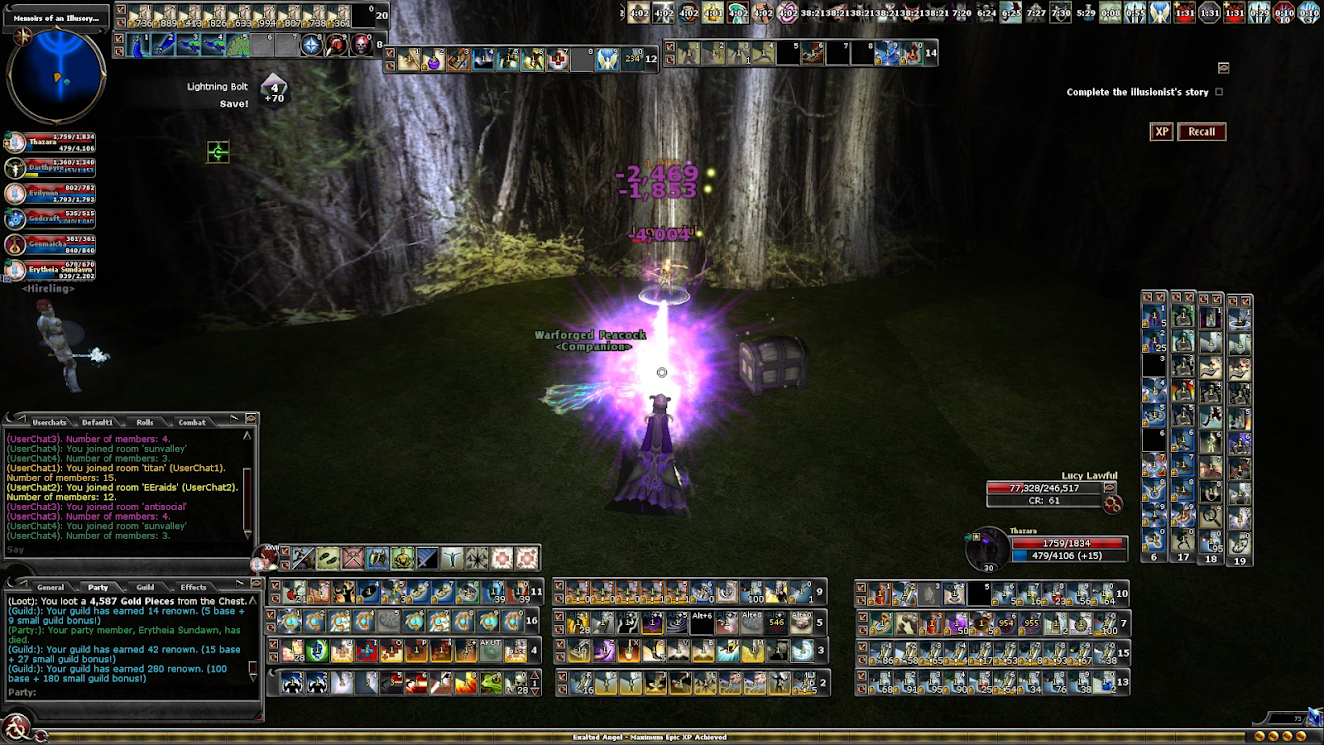 After several runs of this quest, I suddenly realized the NPCs in it are random. These two guys wore turquoise robes in one run, and red and purple in the next (they’re not even the same dudes) P.S. No, I did not get the helm I was looking for.