So, several new quests have been released and Thaz’s gear hasn’t been updated in a while. I looked at her gear and how to improve it. Ravenloft has a lot of nice gear, but some of them would lose me things that I can’t get anywhere else, so I couldn’t switch them out, for example the spell lore on embers and the impulse on earthen mantle.

This is what I came up with. I also want to point out that Thaz has the following tomes: +7 con and wis and +6 the rest.

Other augments give her:
Fear immunity
Golem’s Heart: +2 chance to be healed 20 to 120 hit points and deal 50 to 300 points of electric damage to surrounding enemies on hit.
Globe of True Imperial Blood: +1 exceptional bonus to all stats
+ 8 to all saves
+2 insightful intelligence
Dragonic Soul Gem +30 elemental resistance
+13 concentration
+2 evocation
+ 8 dexterity (for reflex save)
+ 7 strength
+2 good luck bonus to saves and skills
false life +40 hp
vitality +20 hp
Spell agility +15, reduces spell failure by 15% when casting arcane spells (that is any time Thaz UMD’s an arcane scroll. With heavy armor she’d otherwise have 35% chance of failure)
Meridian Fragment -6 sp for Maximised spells +8 psionic bonus to spell power for 20 seconds, stacks up to 3 times.

Thaz is an evoker and light spammer, she spams light spells, uses implosion and blade barrier as well as mass frog. Her focus is on light spell power, evocation and crits of her spells. She also needs constitution, prr and saves for survivability. She’s constantly a work in progress, but her build doesn’t change much.
Thaz has so far 13 reaper points that have been spent on wisdom +3, spell power and dc’s.

These are Thaz’s stats with all buffs running on her ship (pic taken before consuming the +6 to +7 con tome). I activated The Blood is The Life before taking this screenshot, which among other things gives temporarily +100 fortification. I also activated Ascendance which gives +2 wisdom and +2 charisma. 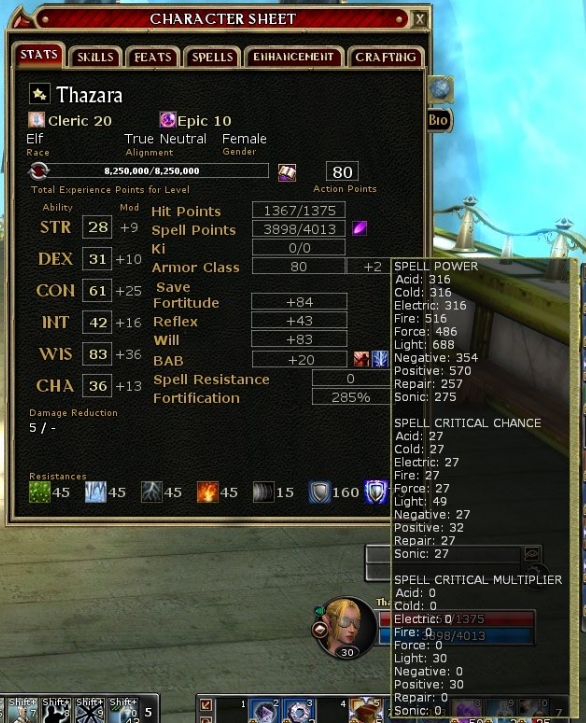 This is what it looks like in a reaper quest (pic taken before consuming the +6 to +7 con tome): 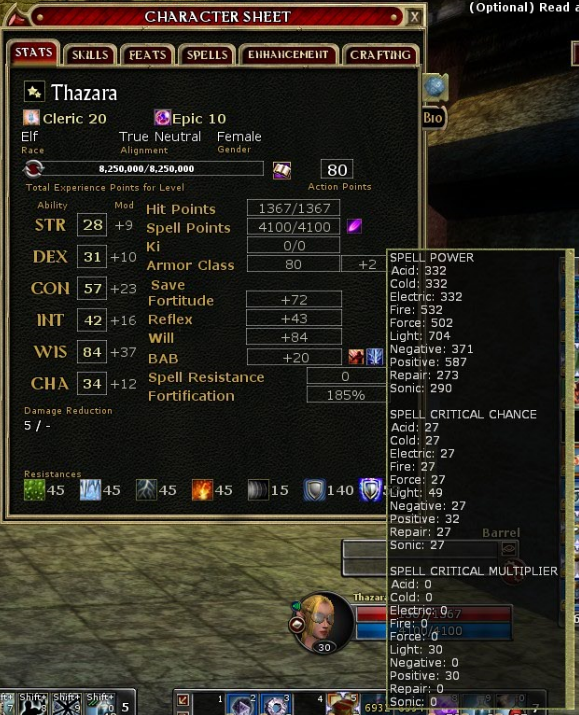 These are Thaz’s skills since switching out Epic Belt of Thoughtful Rememberance with +20 concentration (pic taken before consuming the +6 to +7 con tome): 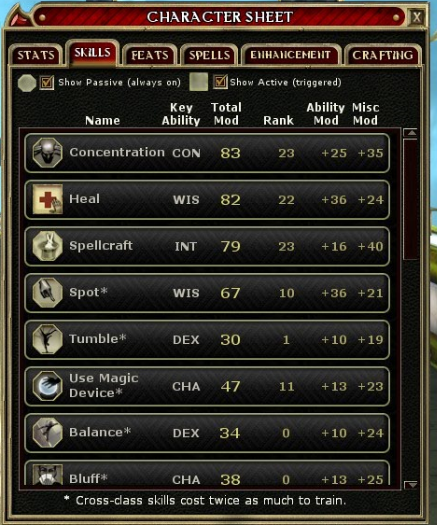 And if you’ve gotten this far, Thaz’s current build is Thazara 1.6, found under the Build Plans tab.

That’s all for this post.
Thank you for stopping by and hope this was helpful.

P.S. As I’m looking at my augment list, I realised that golem’s heart really isn’t useful to me anymore, so I may switch that one out for something else.

3 comments on “Regearing Thazara a bit”