Last week on Saturday I and Darth were playing 5th edition DnD with a couple of friends of ours, but I still wanted to keep raid night (and after playing for 4 hours I was starting to get a bit tired). We paused the game after a battle and I took care of the degus (let them out for play time, swept shelves and gave them food) before logging into ddo at 9 pm (3 pm EST). Ravenloft had just recently become available for purchase with ddo points, so Hamster had told me that I could expect a lot of interest for the Ravenloft raids this time. I was expecting us to fill just like that, but it still took about 15 minutes to fill. I told the party to split up for the sides, and this time we failed to split evenly. The first time through we ended up with 7 on the left, 5 on the right, next time 7 on the right and 5 on the left. It didn’t seem to matter that much though. For the end fight I asked the monks to kite the shamblers and Genlisea accepted the task. We finished in 29 minutes. 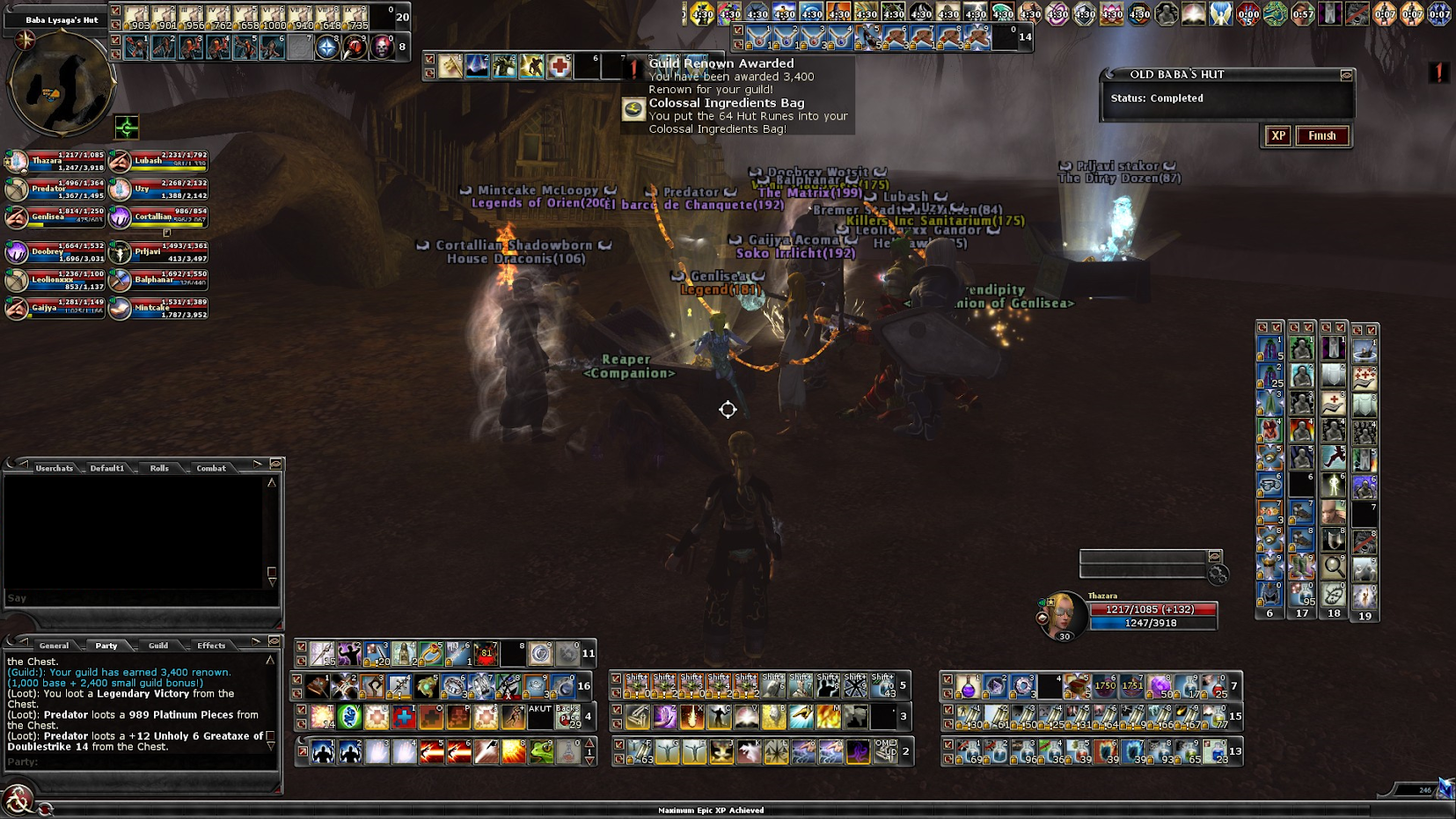 Then on to strahd. Most of the party members stayed on, some switched characters. I suggested someone take the sunsword who said they’d only done the raid once before and didn’t quite know it that well. I find that carrying the sunsword is a good way to learn, as it teaches you the mechanics of the raid. I explained a bit more this time about what we need to do, and I felt like things progressed nicely. We didn’t really get stuck too long at any part and the shadows were going down at a good pace. During the strahd fight we again failed the timing on strahd and the brides on the first try and had to do it twice. The raid finished in 24 minutes. I then stayed on Thaz for TS, mainly because Cerge doesn’t currently need any armor from there and Thaz wants more reaper xp. Only a few spots opened up, I posted and in about 10 minutes we were off. We had some deaths in fire & ice, but I didn’t die there. I did die in the rust monster room, though, and some funny person thought it’d be funny to lock me and some others in the shrine room while we were getting back up. During the end fight Stitchz placed himself up on one of the pillars and kept Sor’jek’s aggro for most of the fight, keeping Sor’jek away from the safe spot. I decided to get a bit closer so I could continue casting on him (in the safe spot I can only dot him when his foot is across the barrier). We finished in 23 minutes. 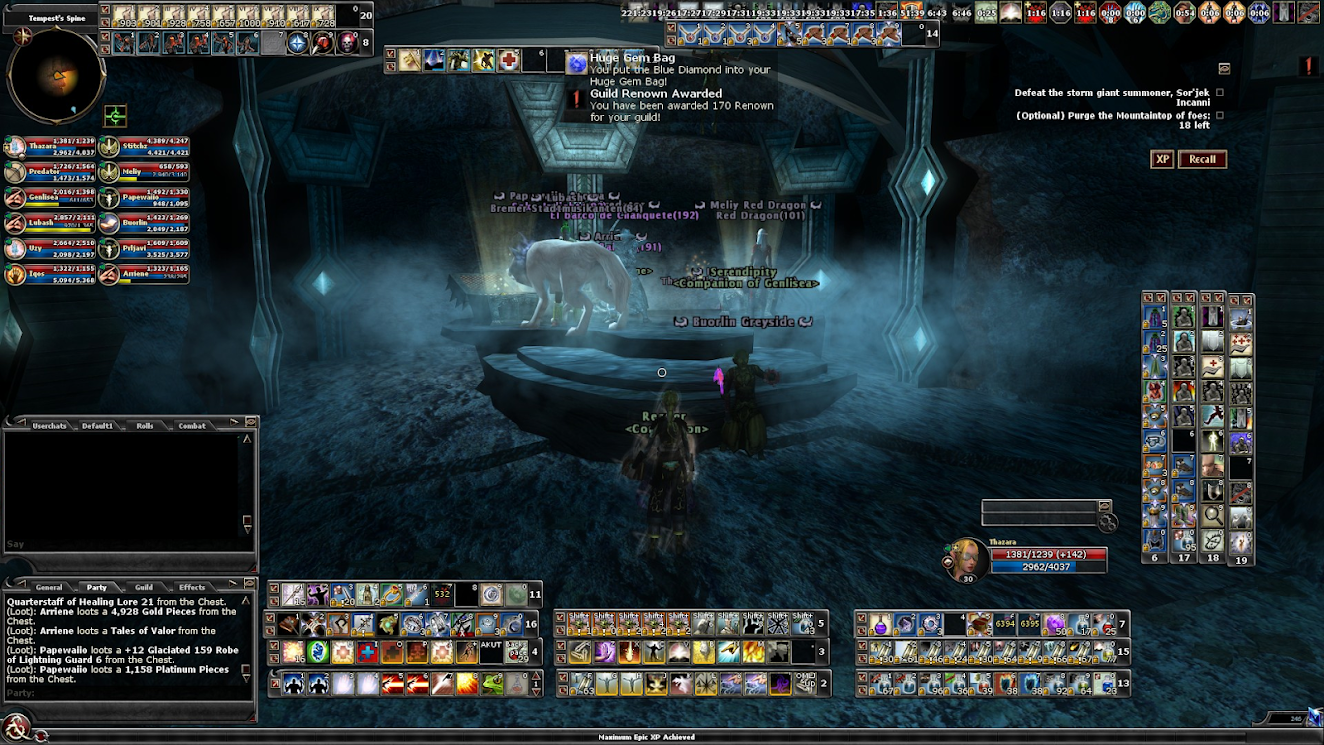 Someone wanted a shroud, so I switched to Cerge to post. Since most of the people joining my raids are in EEraids channel, I write a comment there when I’ve switched, in case I still have a party. I got invited back, but most of the party had left or left after I got back. I posted and we slowly started filling. Once we filled I stepped in, and Stitchz was afk or something. The person in the last spot realised they couldn’t go and left. I put the lfm back up, someone joined, realised they couldn’t run the raid and left. Lfm back up someone joins and then leave again. I decided to just not put the lfm back up and once Stitchz was in we started. I was feeling really tired and struggled to keep my eyes open during the run. I died once, I sadly don’t remember where that was. Might have been in part 1 or 2. The raid progressed without issues and we finished in 43 minutes. Since I was feeling really tired I decided to call it a night after shroud. 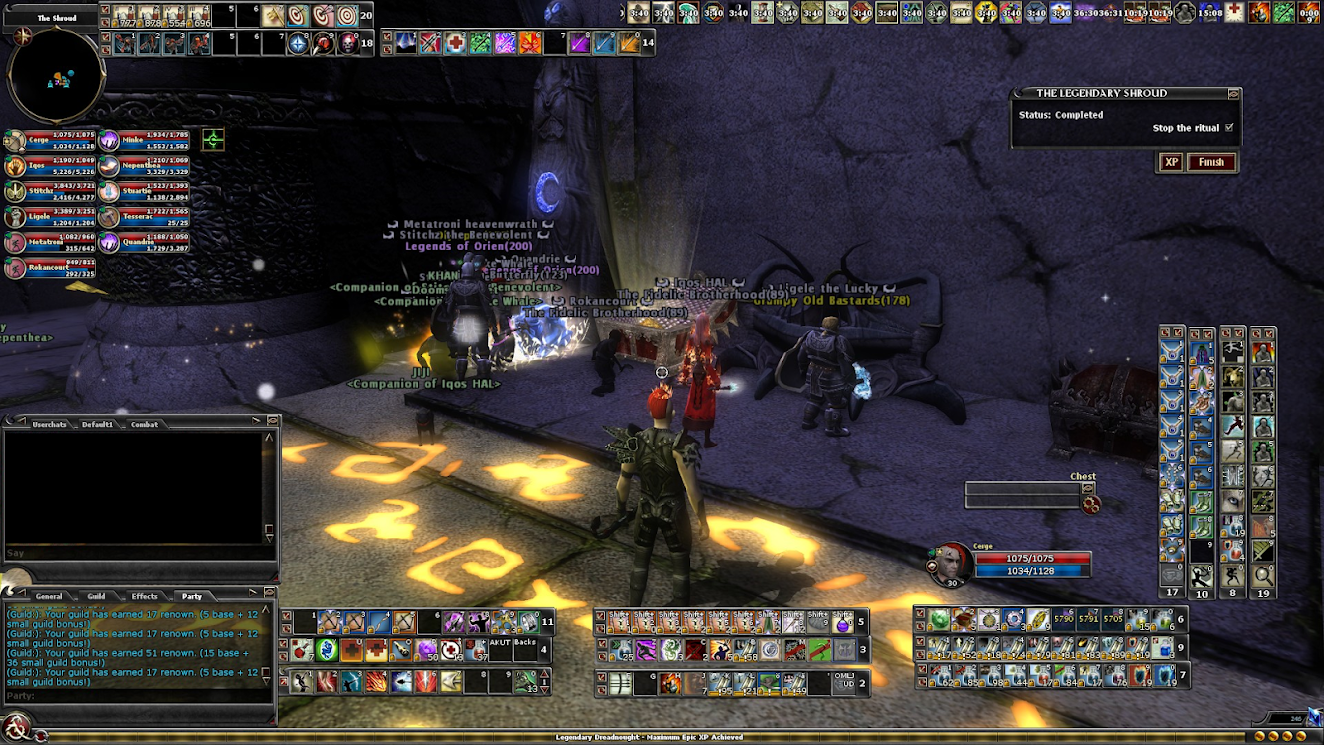 Until the next raids.
Cheers.