Saturday raids a week ago. I logged a bit late, but as soon as I put the post up for baba’s, a few Soko members joined. In 10 minutes I had a full party and we were ready to start. After the first fight I had issues clicking on the hut door, I clicked several times before managing the enter. Yes, the door was clickable when I tired, I’m guessing we all tried to click on it at the same time. Puzzles went somewhat well, we struggled with one group of scare crows, but both sides were about as fast. During the end fight I told the party to ignore the shamblers or let someone kite them. Turns out I managed to grab aggro of one of them and.. well .. died. I had not expected the damage they do.  We finished in 34 minutes. Suffering, the Half of Whole dropped. Then on to the strahd raid. 3 people left after baba’s and were replaced in less than 10 minutes. We had a good group, we killed off the shadows quickly in the first round, someone offered to carry the sunsword through the raid and use it in the end fight. The stairs was a bit slow, but faster than last week. The heart fight was quick, doors semi-quick, I found a torch and stayed on it and called out to start lighting them once I saw all the letters in party chat (people write which torch they found). During end fight we struggled a bit to keep the brides from dying and I believe this was the reason we failed the timing on the first try – and had to beat strahd down again. The raid finished in 27 minutes and Divinity, the Morninglord’s Goal dropped. 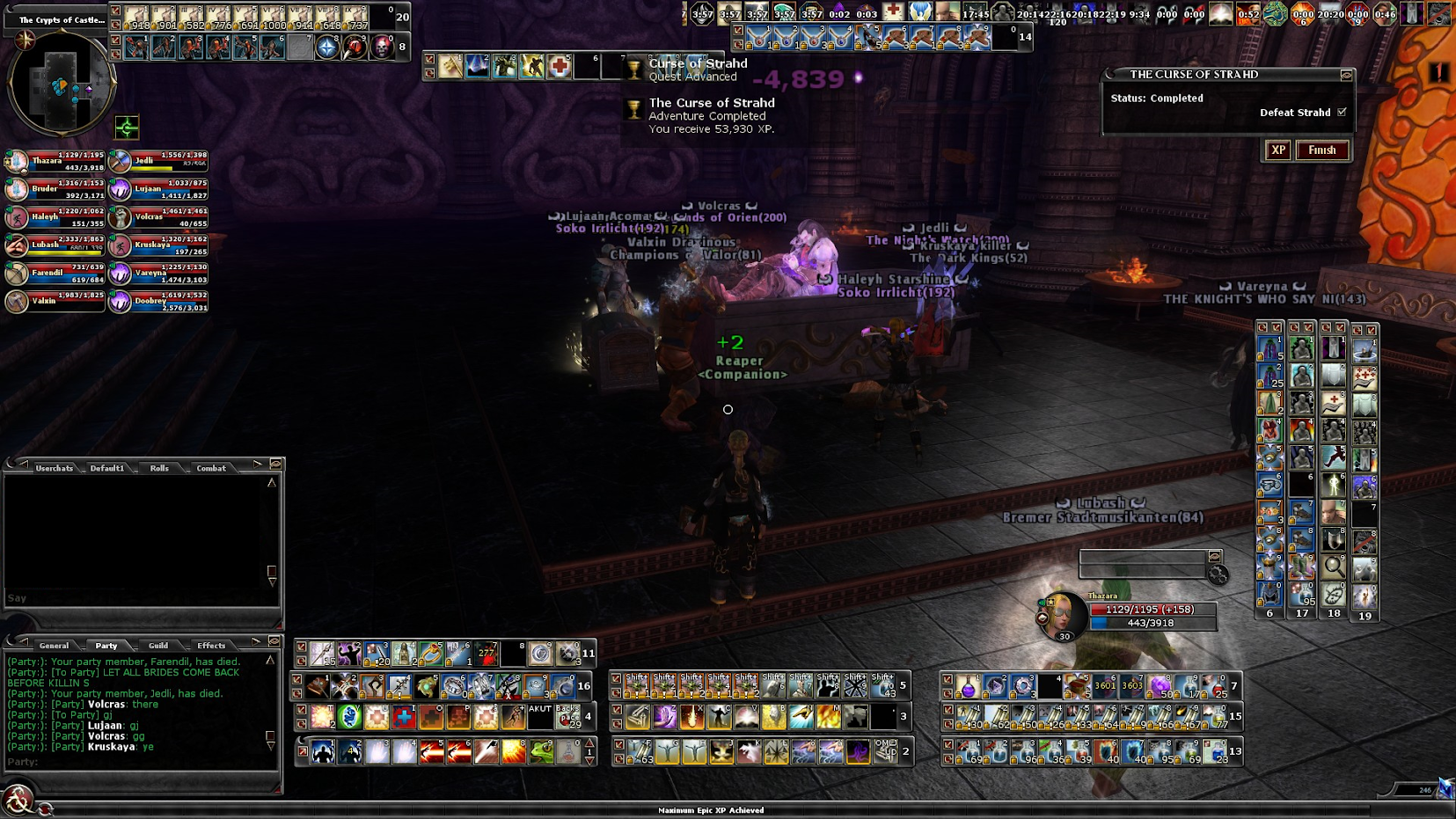 Since it was a reaper xp bonus weekend again, I wanted to run Thaz is TS. Since we already had int and str, I just put the lfm up for anyone wanting to join in the last spots. We only had 2, since most stayed after strahd. We had a good group and the raid felt easy. We had a few deaths in fire & ice, I got hit in the rust monster room and thought I was going to die, but didn’t. The end fight was slow as always with a few additional deaths of people not in the safe spot. The raid finished in 22 minutes and a few armors dropped. Someone in party mentioned wanting to do a shroud, so I switched to Cerge and posted. Some of the people from before stayed, but several spots opened up. I had a lot of interest on the lfm and ended up having to decline a few. One person I declined I then invited as a spot opened up – someone had stayed in party but then decided not to do shroud. Since I mainly do first come first serve – the person who had hit the lfm first got the spot that opened up. Shroud was a bit of a yawn fest as it usually is. I died once in part one from getting hit by trash that suddenly spawned. I guess suddenly isn’t quite accurate as they are set to spawn at a certain time in a certain place – I just keep forgetting this. We finished the raid in 32 minutes. 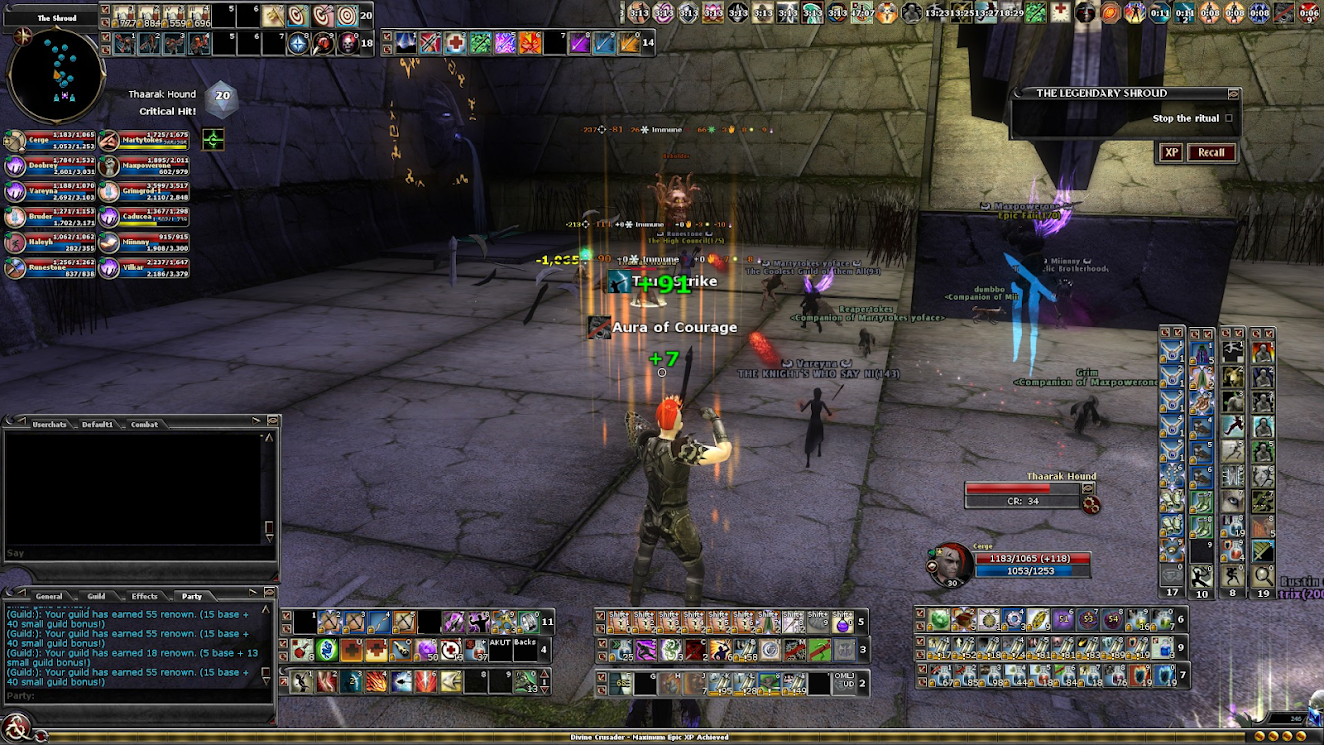 I asked for suggestions for more raids to do and mod and doj were suggested  – among others. I didn’t want to do any really long raids, so I said no to deathwyrm for example. I dropped my shroud group – since some were crafting and posted for mod. I had a few joiners right away, but then nothing. When we were 5 and had been waiting for about half an hour I suggested we short man. I wanted to try hard, even though we were a bit short for it – I suggested we try it and run normal if we fail. I and Lob went east, Devil west and I believe Bruder and Ice stayed in center. Just as we were done in east I noticed that the rest had died (I think Devil never made it to west), so we hurried to break the sarc before Abbot had a chance to pull us back and just as we were clicking on the d-door back to center he did so. We raised the others and then hopped over to west. West finished quick – back to center and the rest also finished somewhat quickly. We finished in 12 minutes and Lob got the runearm he’s been looking for. 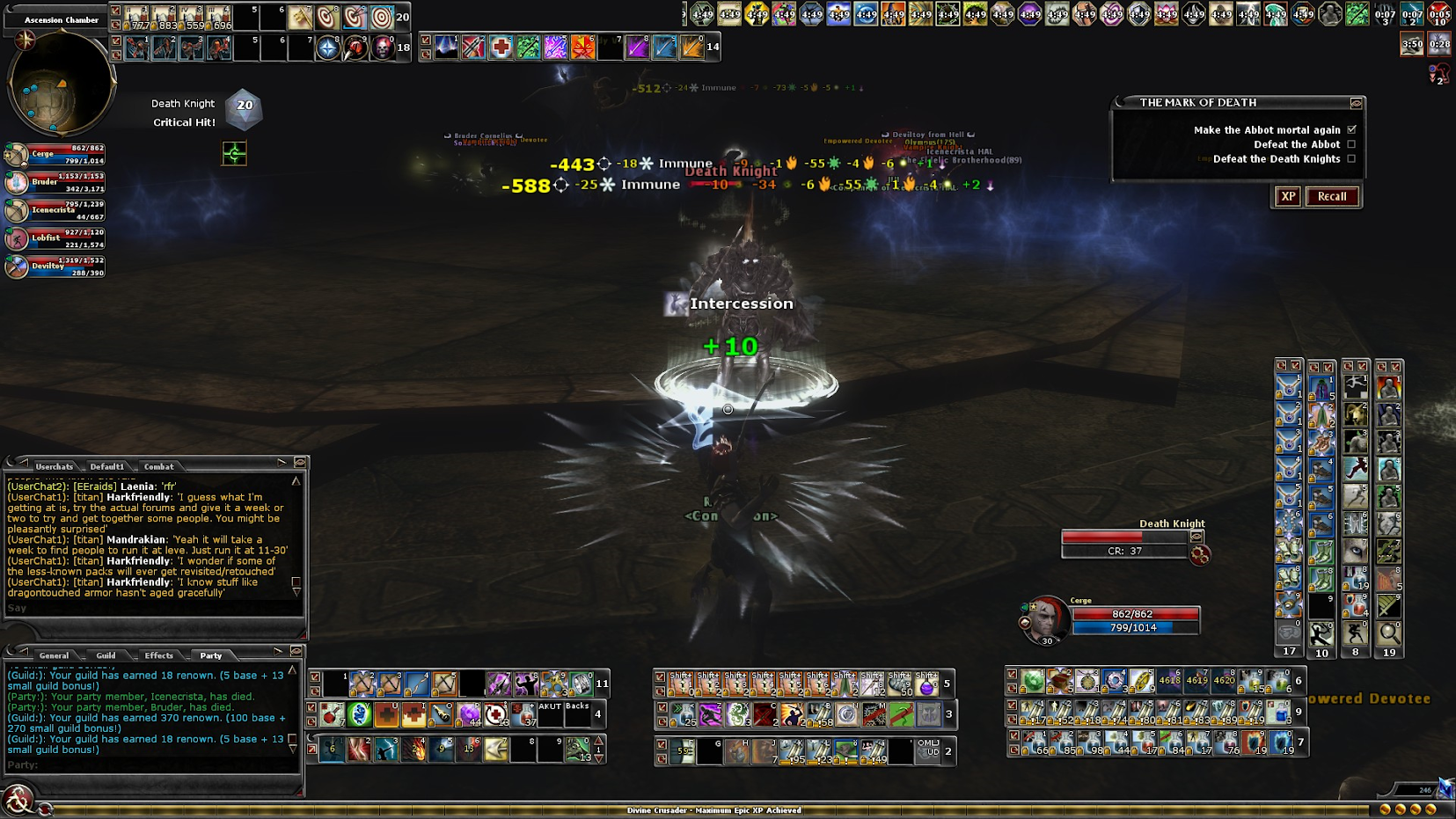 Next I posted for doj. In about 20 minutes we had a full party and were ready to start. A few of the executioners were hiding from us, but we managed to find them all, and the raid progressed without much issues. We had a lot of dps and I believe everyone or at least most knew what to do, so I didn’t need to really do any amount of leading. The raid finished in 20 minutes. 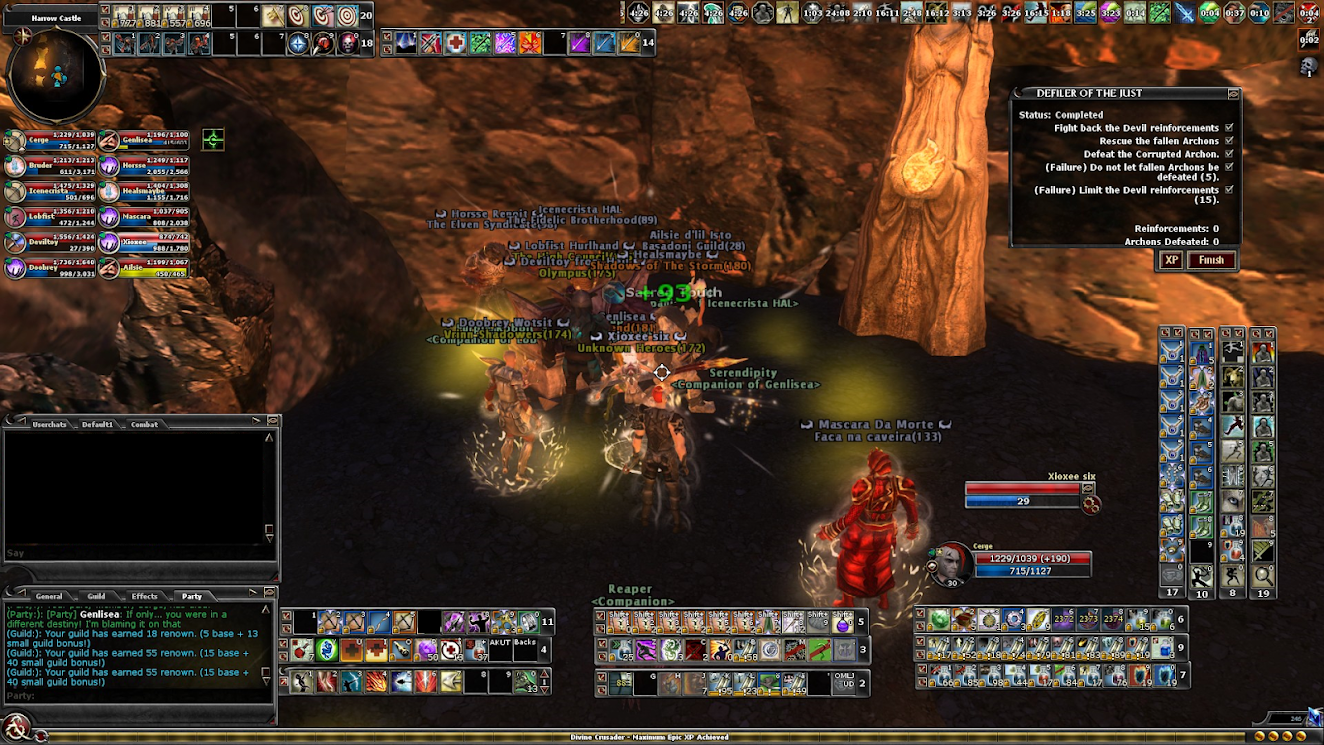 After doj it was starting to get late and I was feeling a bit tired so I said thanks for the raids and logged off for the night.
That’s all for the raids this time.
Until next time.
Cheers.