For you who don’t follow me on twitter or youtube, here’s a short post about the crucible run we did. I eTR’d Thaz some time back, and I’ve been running epic sagas on reaper 2 with Misanthropic, as he’s an instakiller build and it’s been making getting some reaper xp so much easier for me (and of course, I enjoy the company). I post on the lfm as well, and interest has varied. For gianthold, though, we’ve been getting a full party. A few days ago I wanted to do the crucible, and record the run. I wasn’t sure we’d be able to do reaper 2, but as it turns out my worry was in vain. At first, the optional at the start. I usually manage to get two, the lower diplomacy and intimidate. Bluff and second diplo require higher dcs than I can hit. Totcht managed to get bluff, while we skipped the difficult diplo. Then on to the maze. I wanted to lead the maze, as that’s the only thing I’m good at in this quest, lol. I can do the others as needed, but mostly I let others do them. I insist on guiding the maze. We finished the maze someone quick, but as the party navigated through, some of the mobs up top got nasty and killed several of the party members. I raised a few before heading back to get one party member left behind and killed.

We met a carnage reaper on the way to the maze Mis picking up the horn in the maze Placing the horn of cunning Mis grabbed the horn of agility on his first try and we could continue to the horn of instinct, which proved to be a drag. Mis tried the same door about 20 times with no luck. It was not until he tried another door that the horn showed itself. Normally you’d find the horn by trying the same door several times, as each time the test resets the horn will be in a different location. Both Mis and Gen jumped in the water to do the swim, and I didn’t even notice their hp moving during. Rewatching the video of the run, I noticed they did take some damage, but nothing major. And then we were done with the horns and could continue to the end fight. Because I was recording, I didn’t want to safe spot, but stayed on the floor at first. But getting aggro made it difficult for me to shoot at the mob, so after a while I decided to safe spot as well, which still ended up killing me.

Placing the horn of agility Placing the horn of instinct On top of the maze Placing the horn of endurance 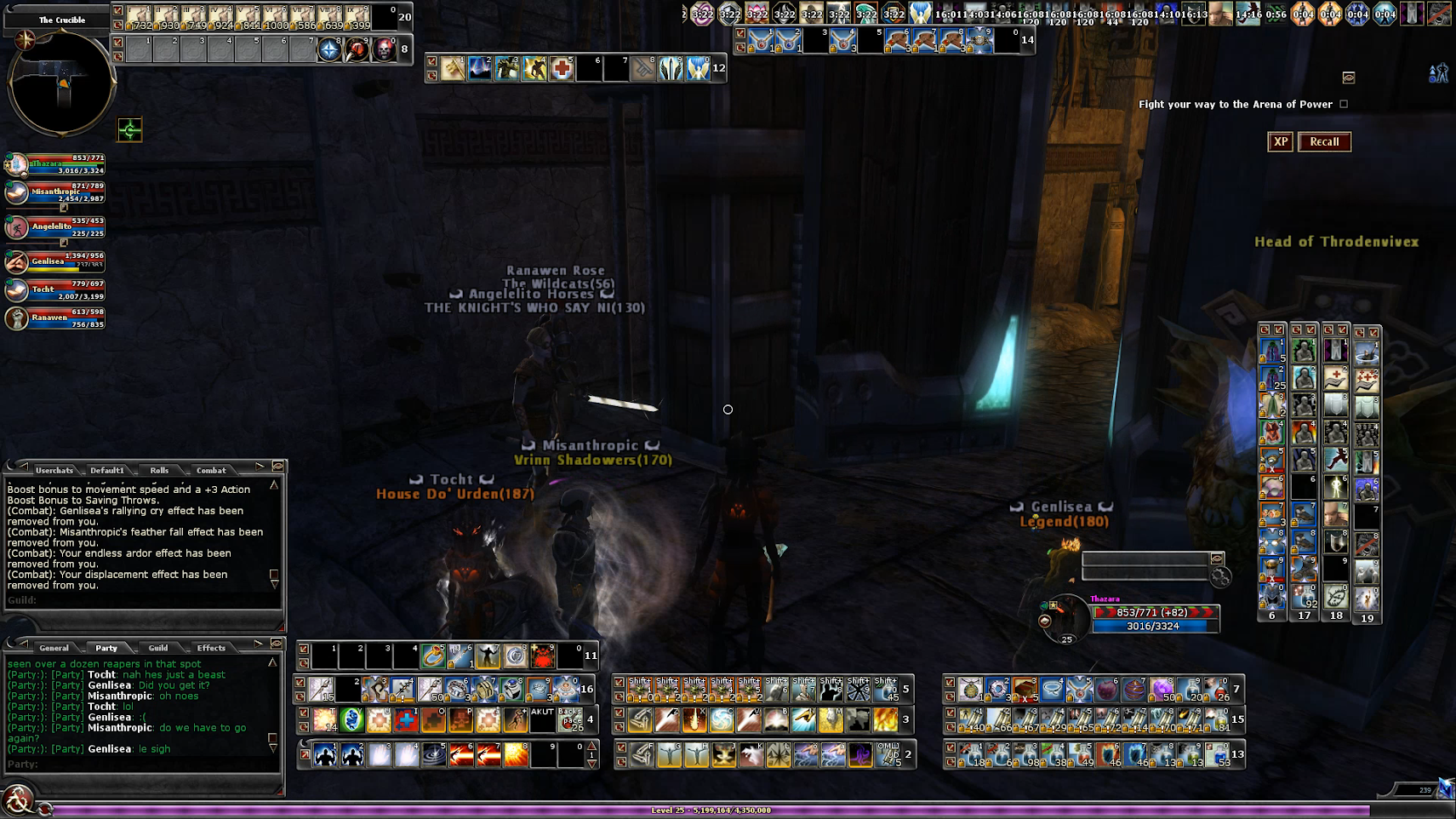 As we were down to one red named, he suddenly disappears in the wall. I think all of us though “crap, we’ll have to redo”, but after about a minute the gate forward opens and we can finish the quest. With a bit of waiting at the start for everyone to enter, the quest took us 45 minutes to complete with 94 monsters killed and 19 deaths. Genlisea was the only one not to die at least once. Check out the video below.

And as a bonus, if you’ve gotten this far, here is a picture of Thaz getting stoned in Cabal. 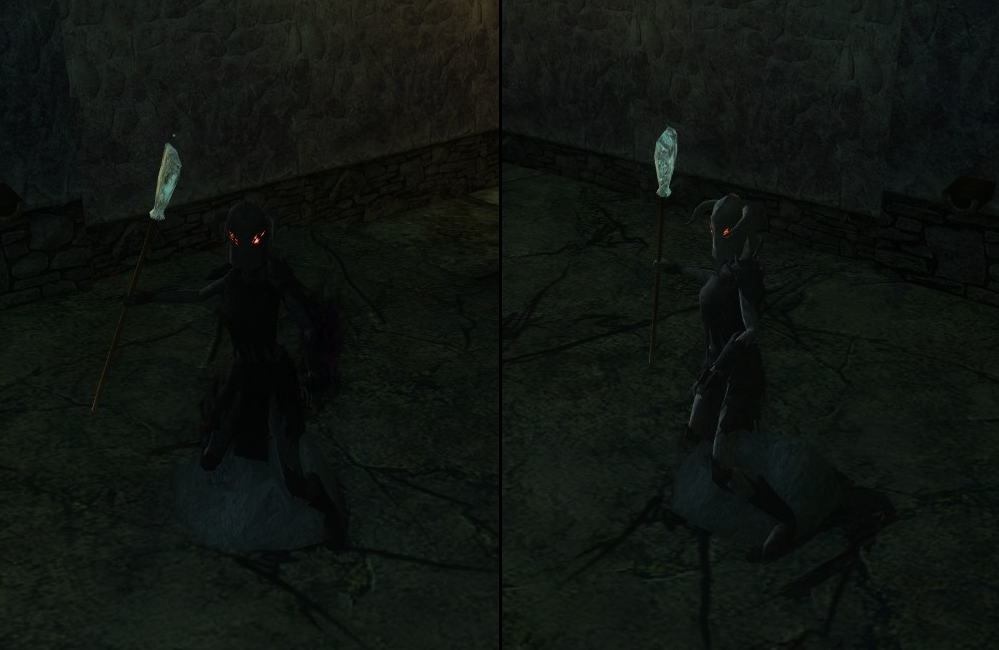