I promised my guildies I was going to host a Titan raid. The problem was that I’ve never known the puzzles well enough to guide a party. I did a trial run a few week ago, didn’t plan the pre very well and messed up the raid. This time I had a much better plan. I ran Maidae and brought Godscraft and Zendarth with me.

I started with purple and red crystals – to get to the underwater puzzle.  The underwater puzzle requires 3 people. After finishing the puzzle, Maidae killed off the golems, and abundant stepped to the levers near the barrier. She could open the first barrier – red, before hitting a black one – a lever that must be pulled elsewhere. Godscraft and Zendarth d-doored back.

Once getting back to the head that gives purple and green, both of them throw the purple to pick up the green instead. One can only carry one per head. Zendarth then completes the green puzzle with the help of his druid dog, and pulls the lever. Gods kills of the trash to the next head and picks the blue crystal, Zendarth takes the yellow.

Maidae can now open the purple barrier, Gods opens blue and green and Zendarth the yellow. Before continuing they all loot the underwater chest.

Before getting to the raid, there is still some trash and a mindflayer to kill. The whole party needs to be on the platform with the mindflayer before starting the fight.

Then on to the raid itself. I placed Gods and darth by the machine that controls the lazer, while Maidae ran up and shot the top of the pillars. When she was done, she buffed up, hit manyshot and adrenaline and got the titan’s hps down to less than 1/3. She grabbed a crystal from the bottom floor and headed up to the machine. Before putting the crystal in, the titan had to move and the lumberjack needed to be in place. Since I’ve noticed before that the titan has a thing for godscraft, I placed him on the tile where the lazer was, to get the titan to move there. darth got to be lumberjack. When the titan was in place (had to move gods twice as the titan threw him back), Maidae put the crystal in, darth broke the bottom of the nearest pillar so it fell on the titan, and Maidae hit the button to activate the lazer. One hit was enough, and the titan’s shield went down. Maidae finished him off with her arrows. 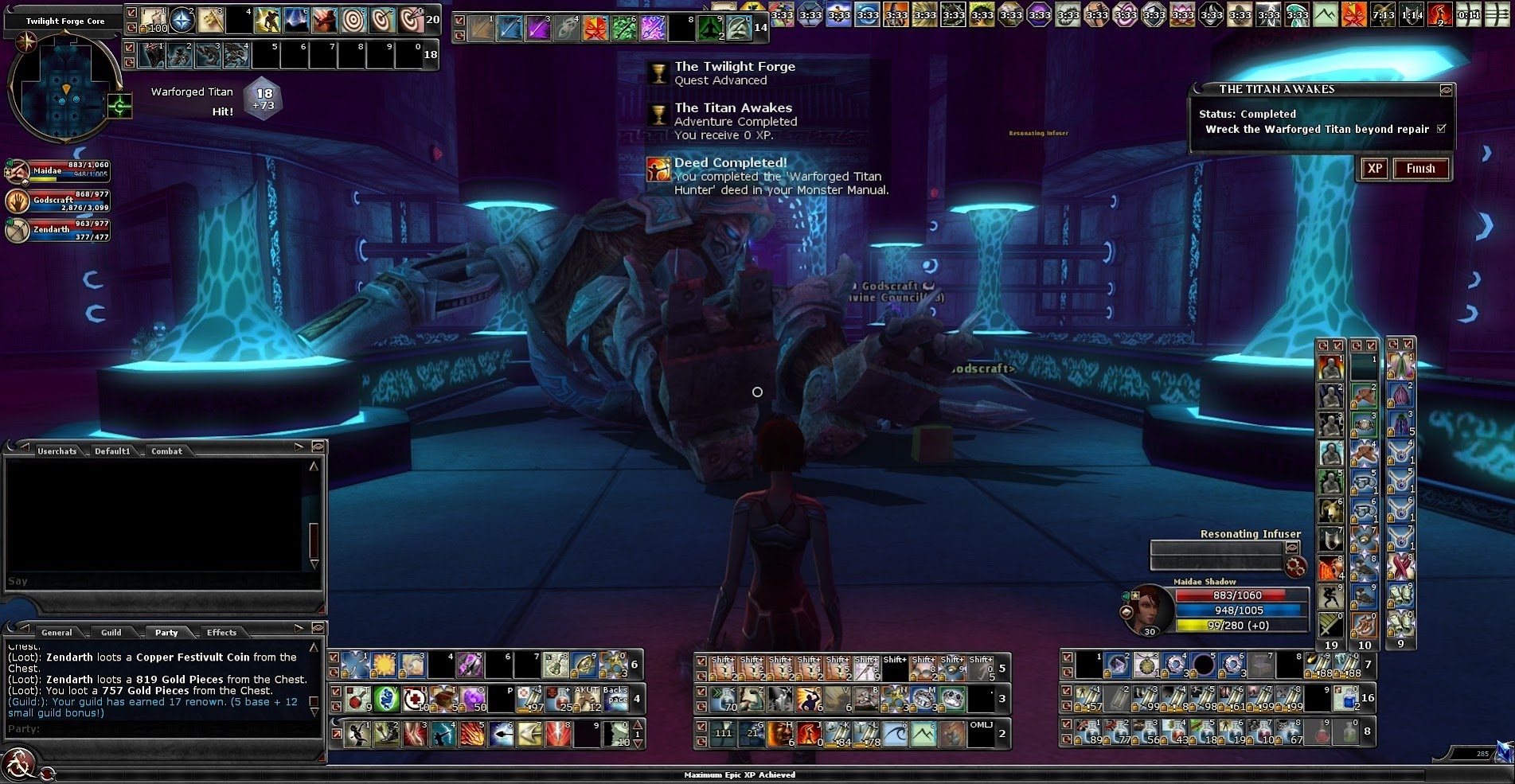 I intend to do one more practice run before I start hosting titan raids.

One comment on “Finally a ‘solo’ completion of the Titan raid”