After the server hall move, ddo experienced an unusual amount of lag.. to the point where raiding just wasn’t fun anymore. I decided to take a break from raiding. For weeks or even months, ppl have been telling me that the raids have been playable again, but I just kind of lost the drive for raiding. But.. this Saturday I had a cup of coffee and sat down with the plan to do multiple raids at 8pm UTC+1. I posted for legendary elite Tempest Spine, and quickly was joined by a few ppl. Suddenly I had too many ppl talking/ typing at the same time, and I was getting lost trying to make sure everyone got their questions answered and that I had the right characters for the tasks I needed.

After a bit of waiting, I decided that we had enough ppl to start.. and while we were heading to fire and ice, the last spots filled. We struggled a bit in fire & ice, but the rest of the raid went well. 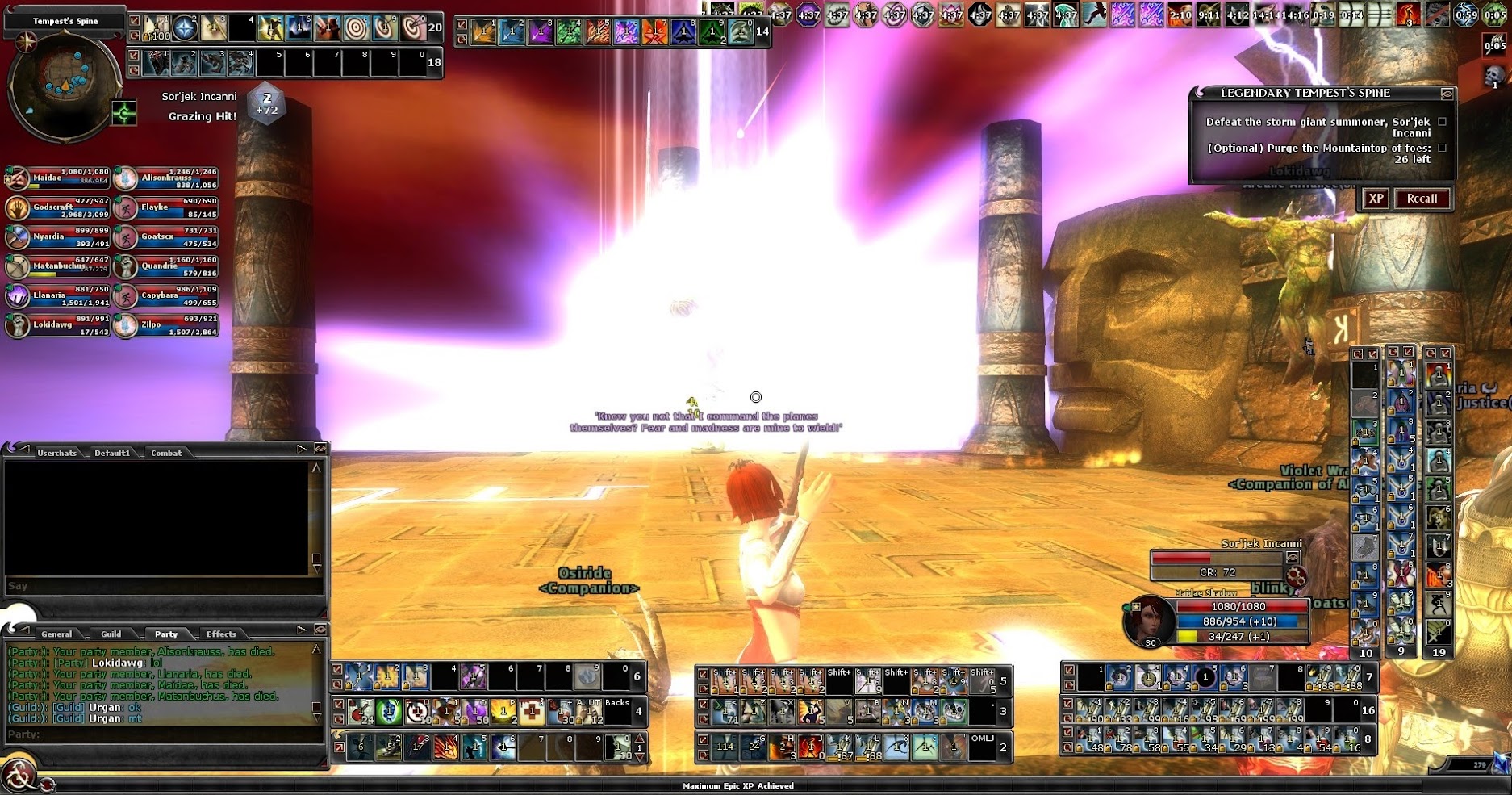 Typically, I snapped a shot right when you can’t see Sorjek.

After TS I posted for LH HOX, EH Defiler, LH Shroud (I posted for LN, but then changed it to LH) and EE CitW. In HOX we restarted once and in Defiler our first attempt was a wipe (due to a mistake while short manning), but second succeeded. Shroud was a bit slow, but a good run non the less. 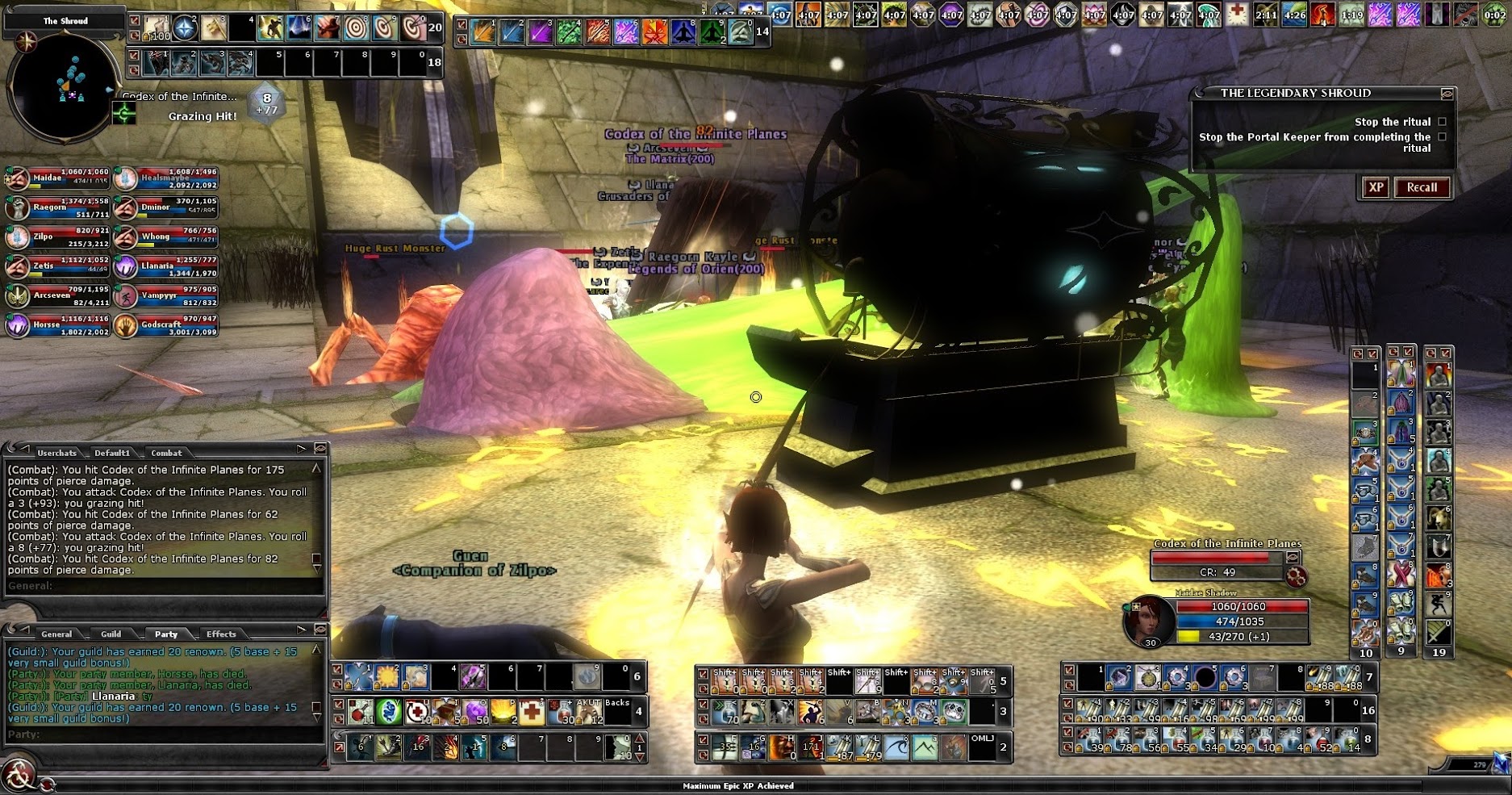 This is me trying to hide from the blades and trash, while shooting at the Codex.

When I posted for CitW I got two joiners almost right away, but then got no more for a long time. Impatient as I am, I decided to start solo to see how far I could get. The plan was to quit if I struggle and don’t get more ppl. I managed to kill off the trash leading up to Ana, but once Ana had drained the orb, I could not handle the trash + Lolth, and the only other person who had decided to follow me in, seemed to be in there for the first time. But, as I was about to recall, someone else decided to keep at it, and I ended up staying inside. Just as ppl starting joining the party, I got a bit distracted by real life, and was not fully paying attention to the raid anymore. I suggested we skip the optionals to speed things up a bit (I had already been in there for about an hour by that time) and the party agreed. By the time we were prepping the portal keepers at the end we were a full party. Ana went through on the first try. Sadly I didn’t remember to screenshot the quest report. I would have been interesting. The run was rather brutal with a lot of deaths, but was still somewhat fun. We finished in 102 min.

🙂 That’s all folks. Thank you for stopping by.