After the very little interest in EE Deathwyrm the last 2 times I posted for it, I decided to post for EE Defiler of the Just instead this Saturday. The experience I have to say was much worse. First I waited over and hour to fill my party, then the lag. I lost count of how many times we entered, started the clearing, lagged and restarted. Once we had a semi-ok instance we continued to  the first gate, then lag wiped there. Back to restarting cause of bad instance. Then when we finally got past that part we didn’t have enough dps, pulled too much trash and failed. So we decided to do eH instead. Same thing, restarting to get a good instance, lagged bad in the first fight. After a few of these, Lion suggested we just try eN instead. 10 man eN seemed a bit better. We were about 10 min in when we started having bad freeze-ups. I tried my best to keep killing, but when it looks like you’re almost completely frozen in place, only hitting the mobs a little… you know it’s gonna fail. A short while later we had too many reinforcements spawn and failed. So, 3h after I logged on and posted for the raid.. I had a total of zero completions. 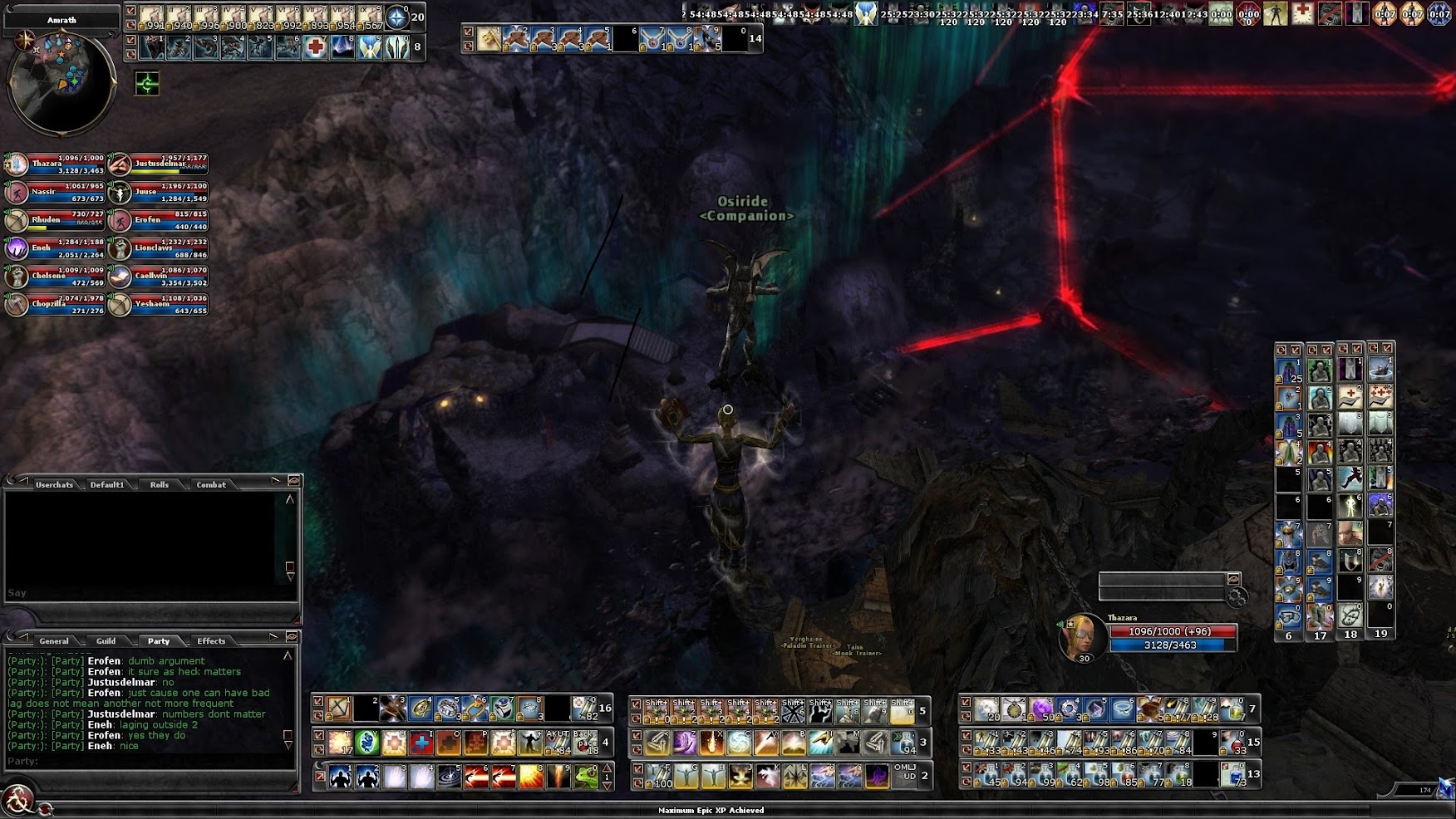 Lag frozen in the air in Amrath

Instead I decided to post for LH Shroud, and this filled a bit faster. We had a much better experience, a bit choppy once in a while, but no real freezes. Managed to complete Shroud in 49 min.

That’s all I have for you today. Tc