We thought Mabar was gone for good.. well at least I did. Then Turbine announced that they have created a new event that will take place in Delera’s Graveyard around Halloween. I… didn’t really care, until I learned that the augments available stack with everything. So I wanted the augments.

These events are usually a big grind and really time consuming, so I figured I’d log on all my accounts and save myself some time… until I realised that 1. most of the mats are bound to account and 2. there is a mats penalty to characters that are much lower in level than the others… which means I was unable to use my lvl 16 and lvl 23 together with my capped toon(s). In the end I 3-boxed most of the runs at lvl 33, and made a total of 6 augments (of which I gave away half to friends), and some cosmetics/ things I want to turn into cosmetics.

Anyway, I decided to dress Thaz up as a witch after getting her the Reveler’s Regalia, Hat of the Night Hag and Long Broom of Mystery. Check out my screenies below. 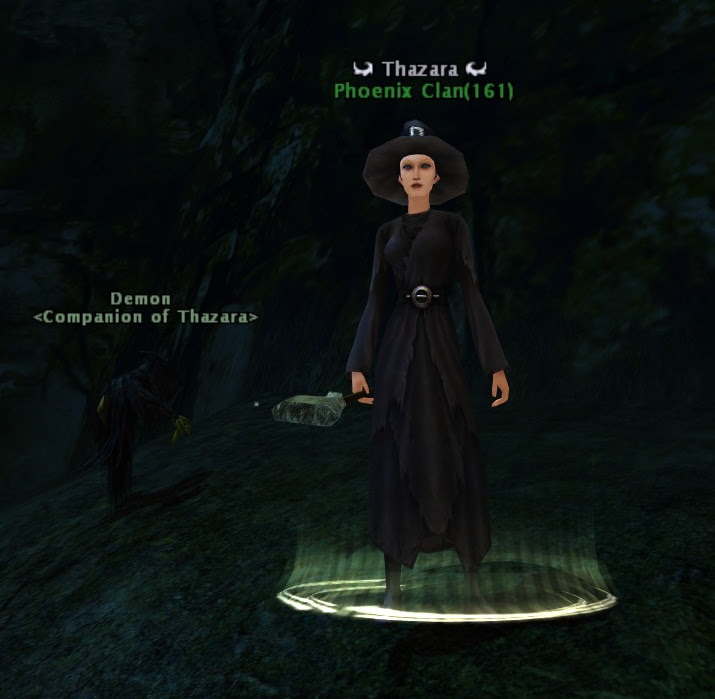 Thaz in her witch outfit, with Demon the wraith. Darth felt I should name one of the wraiths Demon, in memory of Demonnibler 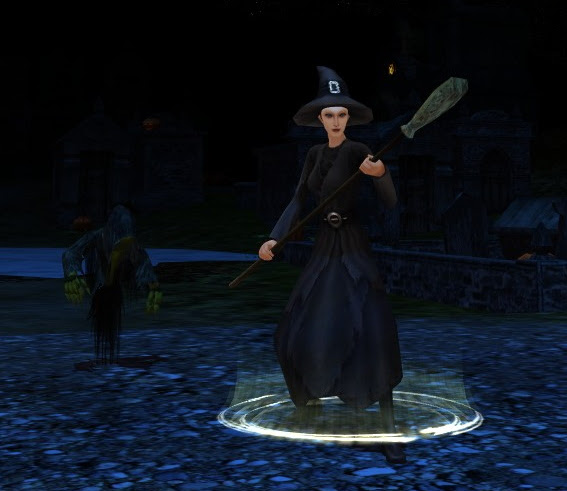 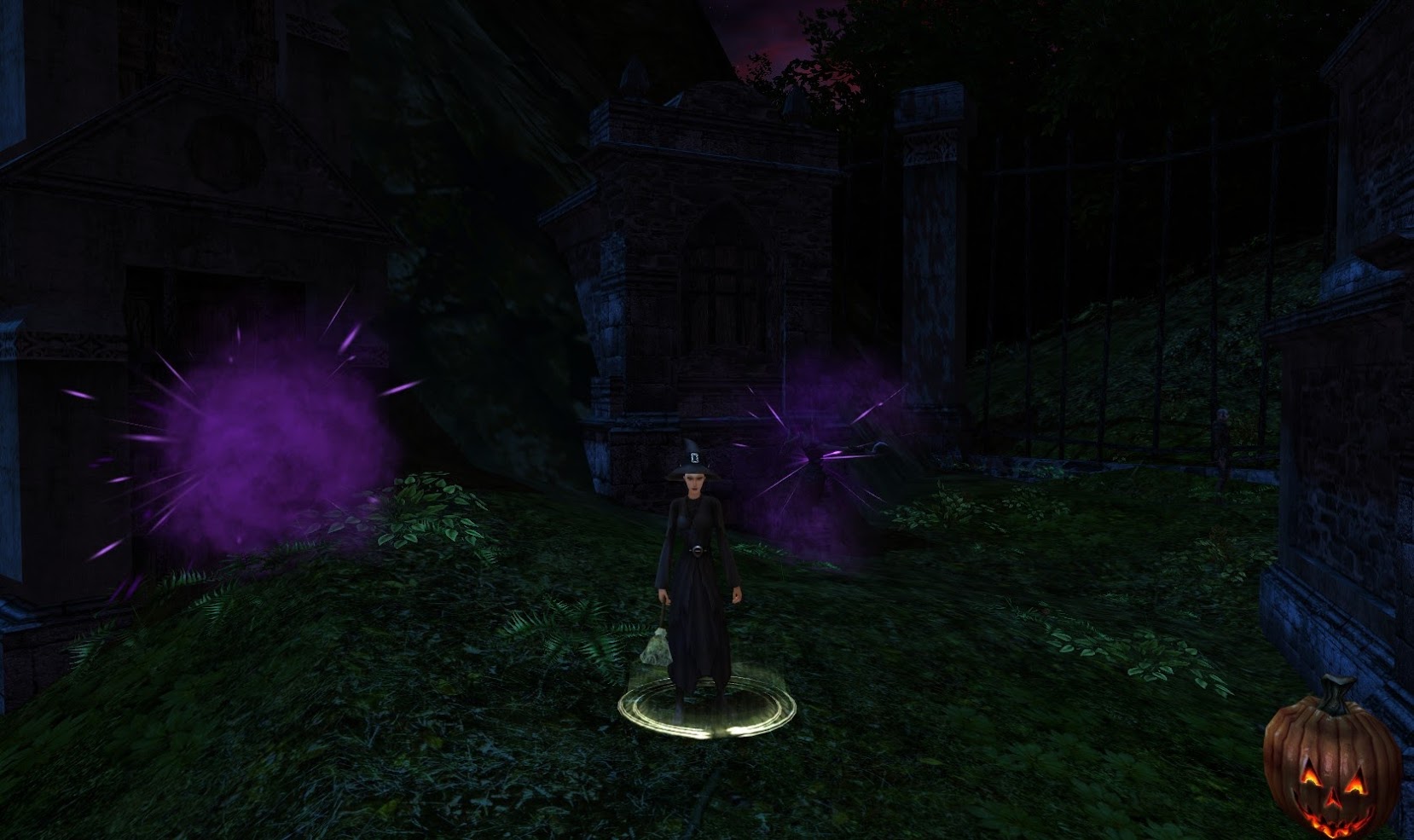 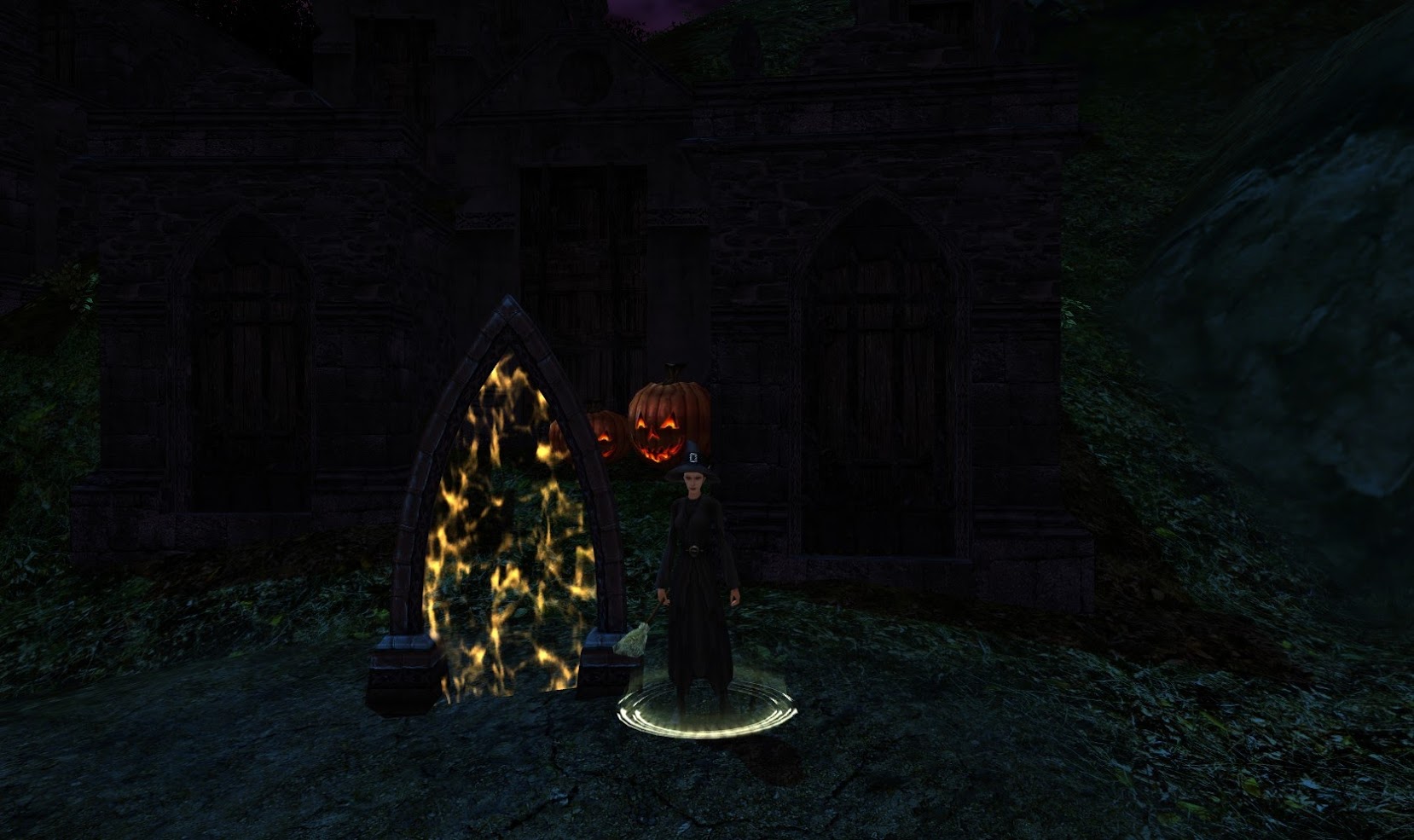 Thaz posing by one of the quests/ challenges

I didn’t really feel like I needed any of the cloaks, handwraps or other things, as I farmed for them before. The only thing I really wanted was the augment… which Osi was farming for a lot as well, so I could have asked him for one. Oh, did I tell you Osi came back a few weeks ago?

That’s all folks, ty for stopping by and have a great day.

2 comments on “The Night Revels”