So… Darth moved in 2 weeks ago, and this week I’m back at work after my vacation. On top of it I haven’t been feeling great, so I haven’t been playing ddo as much as I usually do. But non the less, I’ve managed to get some runs in on the new raid, and all have been successful… we lost a few archons in a few of the runs, but the last few runs have been quite good.

Except for… two days ago as we were getting ready to start the end fight, suddenly the whole party froze. Asking in Titan chat I learned that Orchard was frozen as well. I didn’t expect it to do any good, but I decided to send in a ticket anyway. My ticket said “whole party frozen in Defiler of the Just”. About 20 minutes later (I just did not want to leave when we were this close to a completion), I was contacted by a moose, and at the same time the party unfroze. 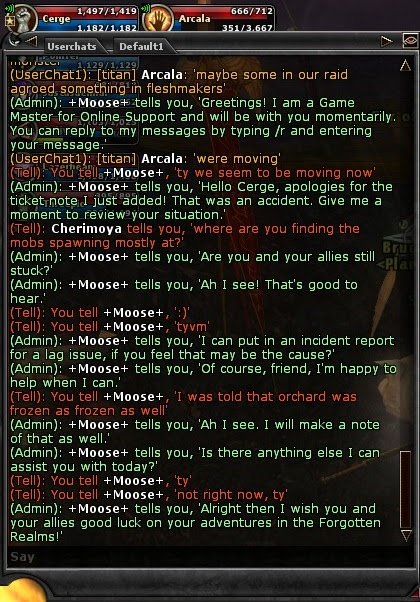 Yesterday I didn’t get a chance to raid, as I didn’t log on til around 10.30pm, but today we did 3 more runs. Here are a couple of more screenies. 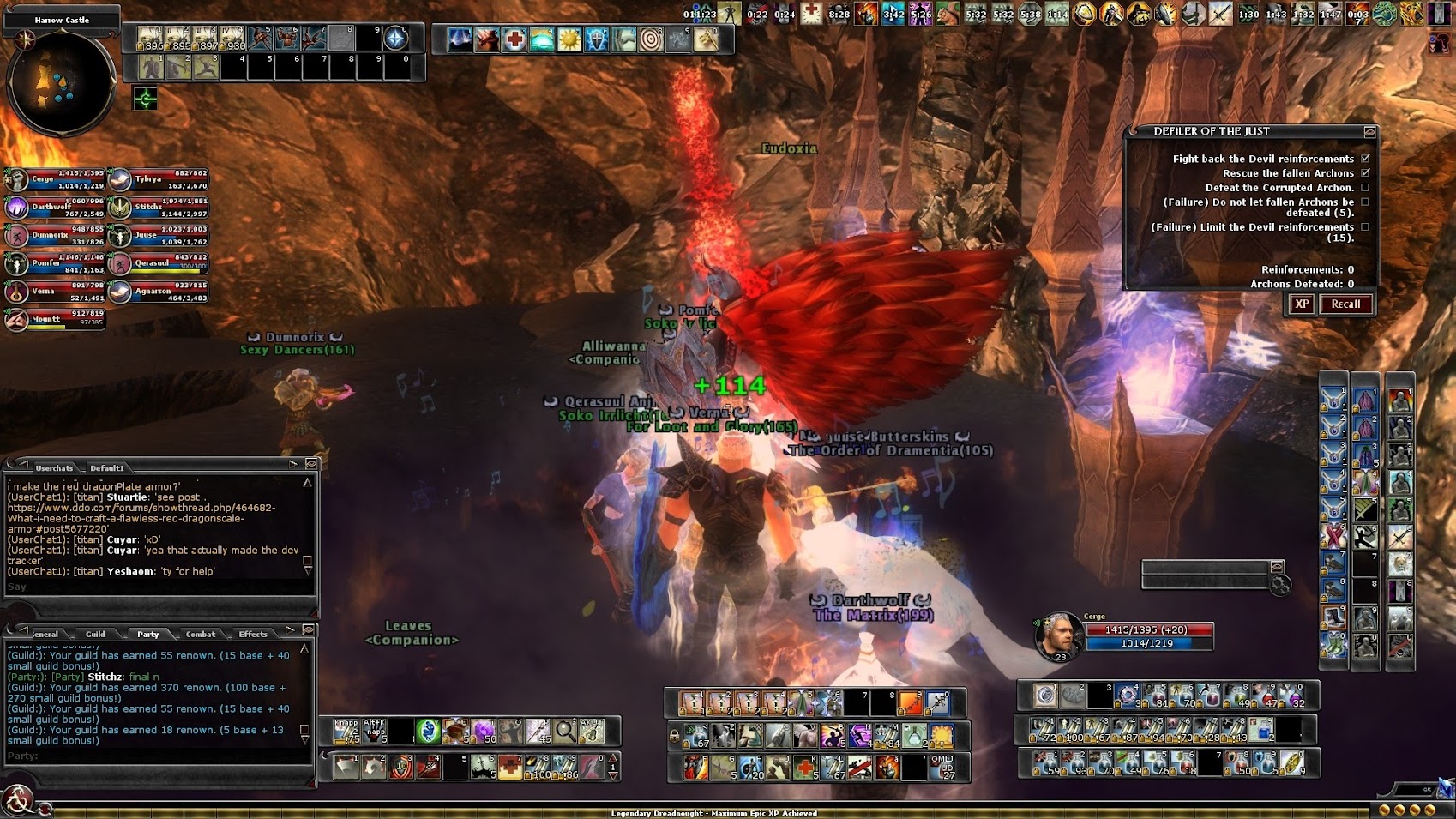 The end boss in Defiler of the Just 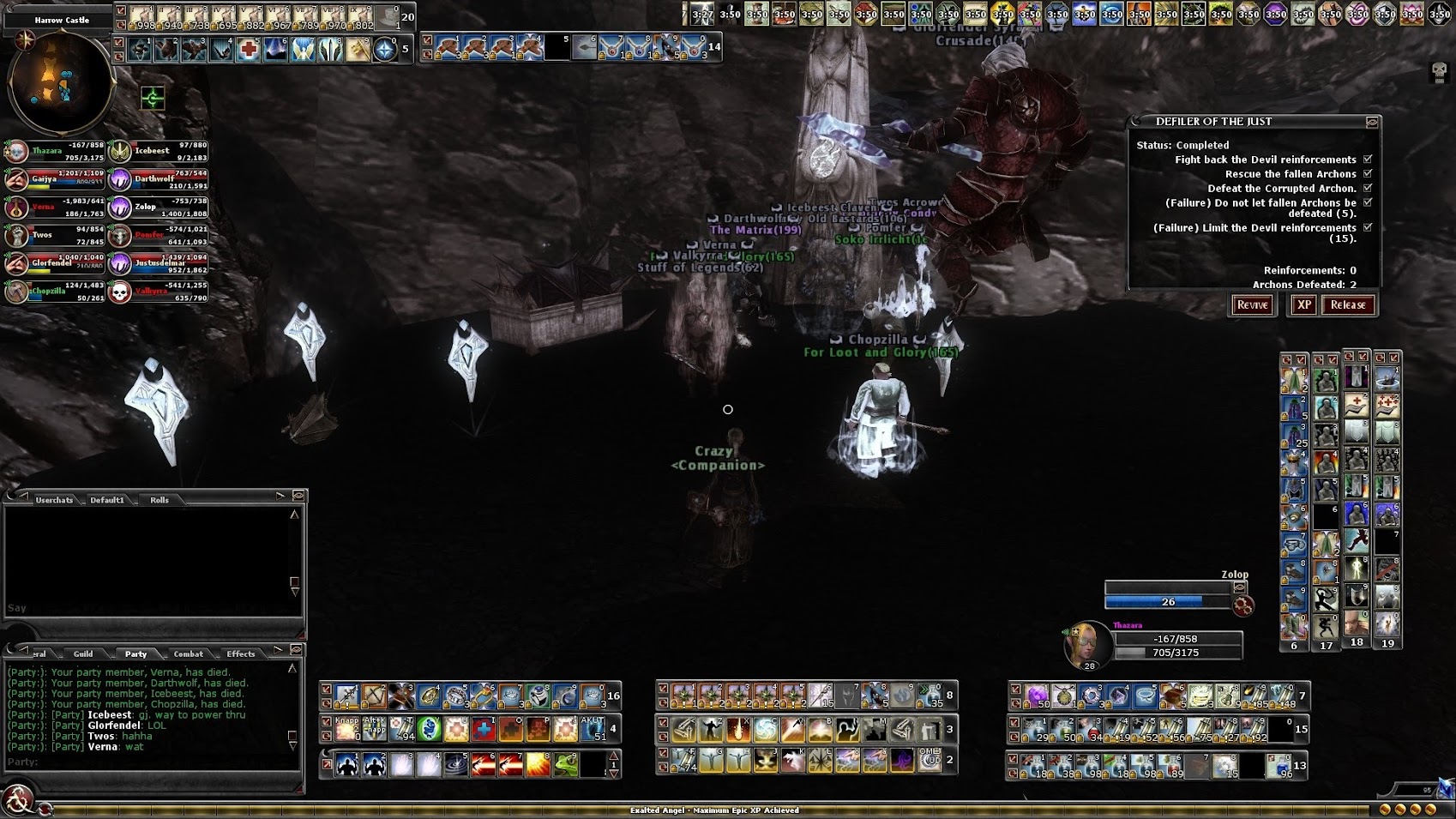 On Monday, as the end boss was dying she suddenly exploded and killed almost everyone. Lucky for us there is a raise shrine right there when you complete. 🙂

I have pulled a few items during the runs, Thaz got the goggles, Cerge has braziers and the longsword. I wish to do 20 runs on Thaz, Cerge and Firetha before I eTR or TR them, then I also need to run the raid on Maidae who is currently in the middle of an eTR.

Well, that’s all I have for you today. Thank you for stopping by and have a great day

P.S. I should prolly do a proper blog about the raid soon, as well as a video, but I’m tired right now so will have to get to that later.