And then it was the 19th time I posted for EEraids. It was slow going at first, I expected to have to wait an hour again or so.. but suddenly ppl started hitting the lfm and I had a full group before we entered. Two of the joiners told me it was their first time… and even though I don’t like taking first timers into EE, I also don’t like waiting an hour or more for a full group, so a couple of first timers is ok. I explained the basics to them, “help with mirrors if you know them but don’t turn the beam until the puzzle is done and call beam before you do.”, “run away from your stone if you die”, and “try to keep up, we will be running fast”. We got the jump room and one of the newbies needed a carry, and the guy that was going to carry didn’t know how the portals work. When you step out from a portal, you will always have the one back behind you. This means that when you step back through the portal in the jump room, you have to turn 180 degrees to go back out to the mirror room, as you will be facing the 3 doors. I believe it took this person 3 or more tries before he listened to me and got it, lol. 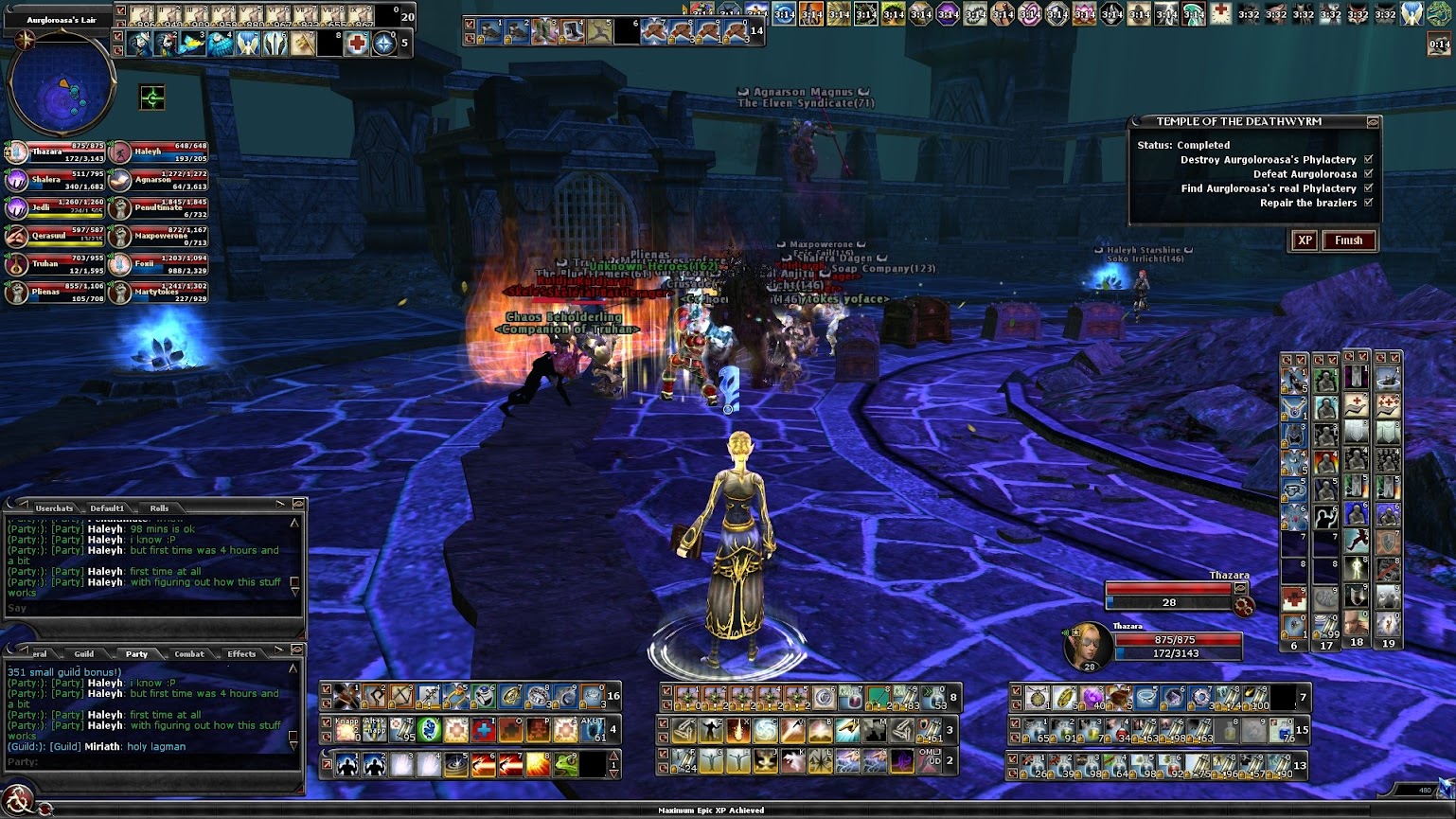 The group in Deathwyrm this week

Next selection we ended up with redlight/ greenlight. This again is not a that bad room, it’s just a bit messy when ppl don’t know what to do, or we don’t have enough dps. There was a lot of deaths in there, and I was one of them. The light did not kill me, one of the trash mobs in there did, I think it was a helmed horror. We struggled through and got to the shrine room. As I was about to assigned roles, one guy starts just talking and talking, discouraging the assigned tank and preventing me from talking. I told him to be quiet, that I was trying to assign roles and he was beginning to irritate me. All well so far, I managed to assign roles for the key tasks and in we went.

Battle rager dude decides to kite them. This is how we would do on eN and eH.. but never on EE. On EE we either drop them off the edge, or the person that has aggro jumps down and sits below.. or a couple of more options. Kiting them is bad, as the risk is much higher. When we entered shadow side and I tried to get ppl to prep 3, one guy decides not to listen and breaks his, so the attempt gets wasted. After he gets back out he goes straight to the dragon and starts beating on her. I get several complaints from the assigned tank about this person, and I had already lost my trust in him because he was not listening. It took us a while, but we managed to find the real phylactery, get the shards, drop the dragon in center and pull the levers on time. We finished in 98 min with 63 deaths.

I hesitated concerning Fotp, but decided to post for it.  There was an lfm up for another raid and as soon as I put my lfm up, the ppl in that group joined mine instead and I quickly had a full group. We had some issues. The ppl who said they could tank were a bit over confident, but in the end it all worked out. We had issues splitting the dragons, and we were a bit low on dps. We finished after 35 min with 42 deaths. 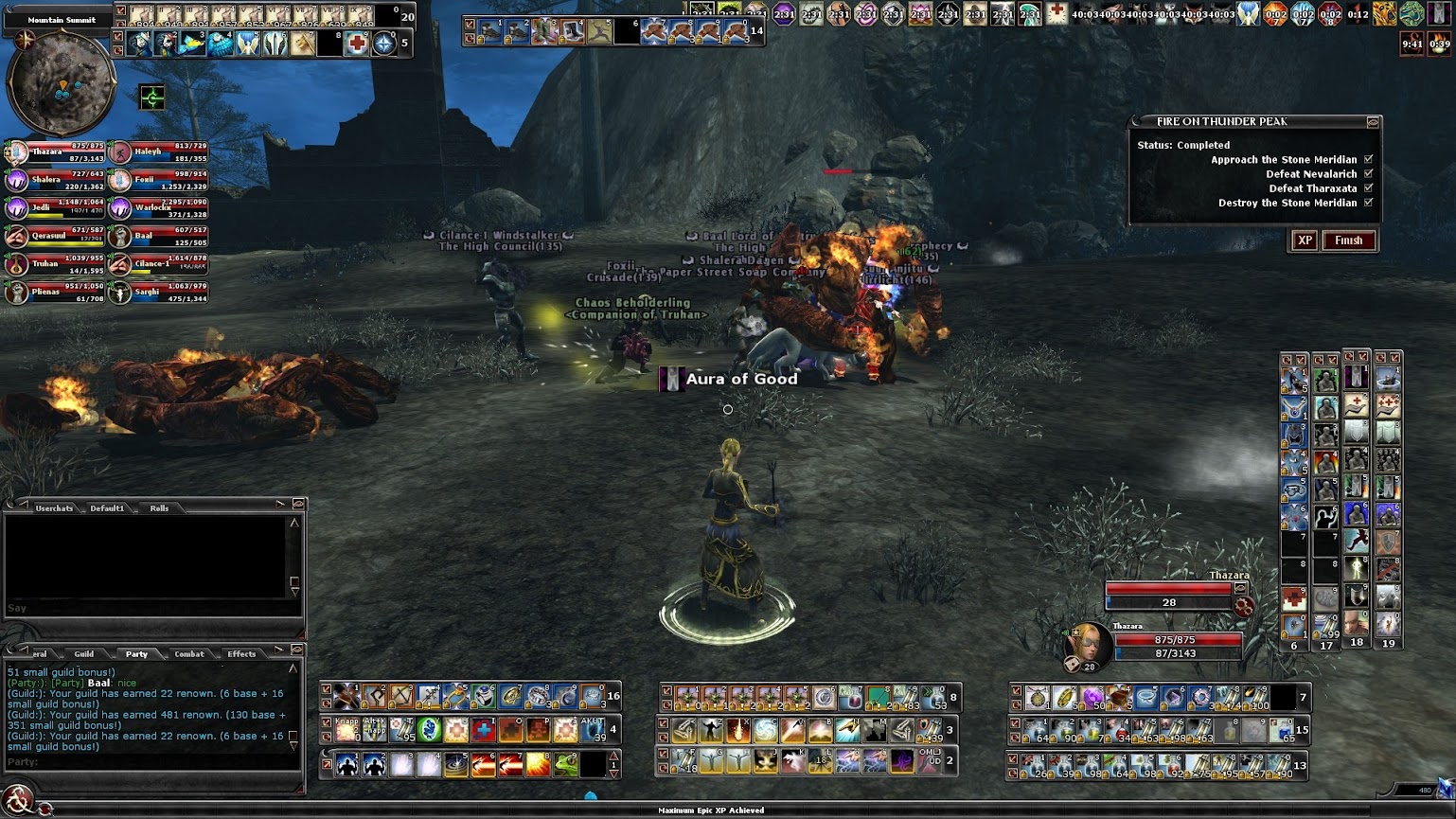 The fotp group this week

That is all for this time. Thank you for stopping by and have a great day