Here we go with the weekly EEraids post. This week I again waited a good long while before ppl started joining, but in the end I had a full party. Things were going pretty well and we were progressing nicely. We did not have to restart because of lag, and I didn’t have ppl dying left and right. I assigned two ppl to take care of the battleragers, three ppl on death lords and Erofen went and picked up one guy who got stuck at the jumps (and failed to say he did not know how to do them before we had passed that point). I also told Sylvette to stay on dragon side to heal the tank and trash killers. Who ever was left was to come to shadow side. 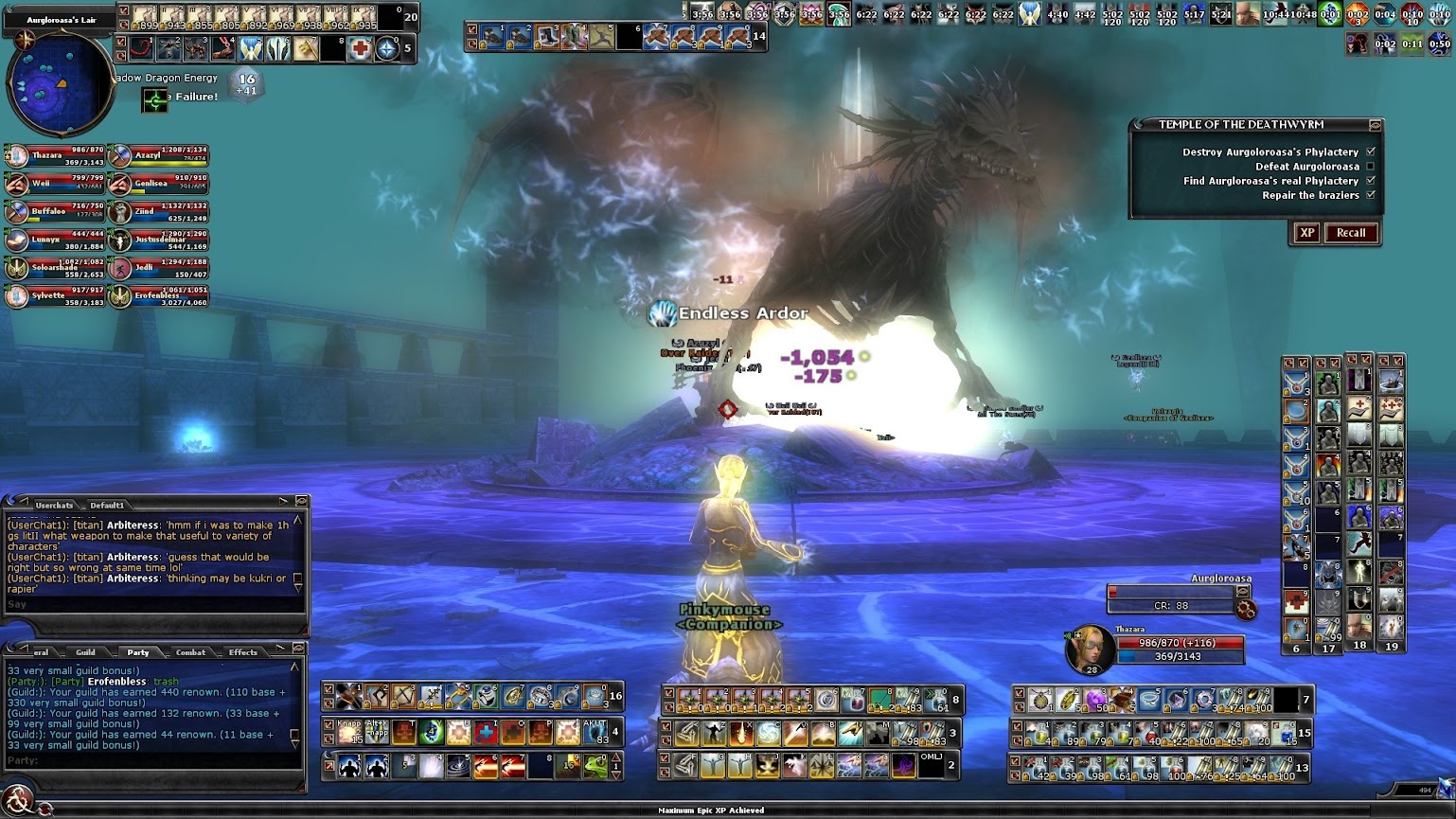 We got lucky on the phylactery and found it on third or forth try, I forget now. The raid finished after 54 min 3 s, with only 16 deaths, of which one was mine. My death was during one of the puzzles, as I got over run by trash while the dragon was shooting dots at me. This was our fastest run to date.

Fire on Thunder Peak was pretty standard. I had two dragon keepers/ kiters, melees on trash, ranged and casters helping dps the dragons, and divine killing trash + raising/ healing. I don’t really expect divines to do much healing, as the area is too large for heal spells to reach. Not even cocoon reaches from one end to another. We finished after 30 min 2 s, with 23 deaths.

Oh, and I decided to switch out Thaz’s Energy Burst fire for Empyrean Magic, and I did see a nice positive effect from it. Even though I like having energy burst, Empyrean Magic boosts all my spells and crit chance. Check out the screenshot below. Note: Without it Thaz’s light and positive spell power are below 400. 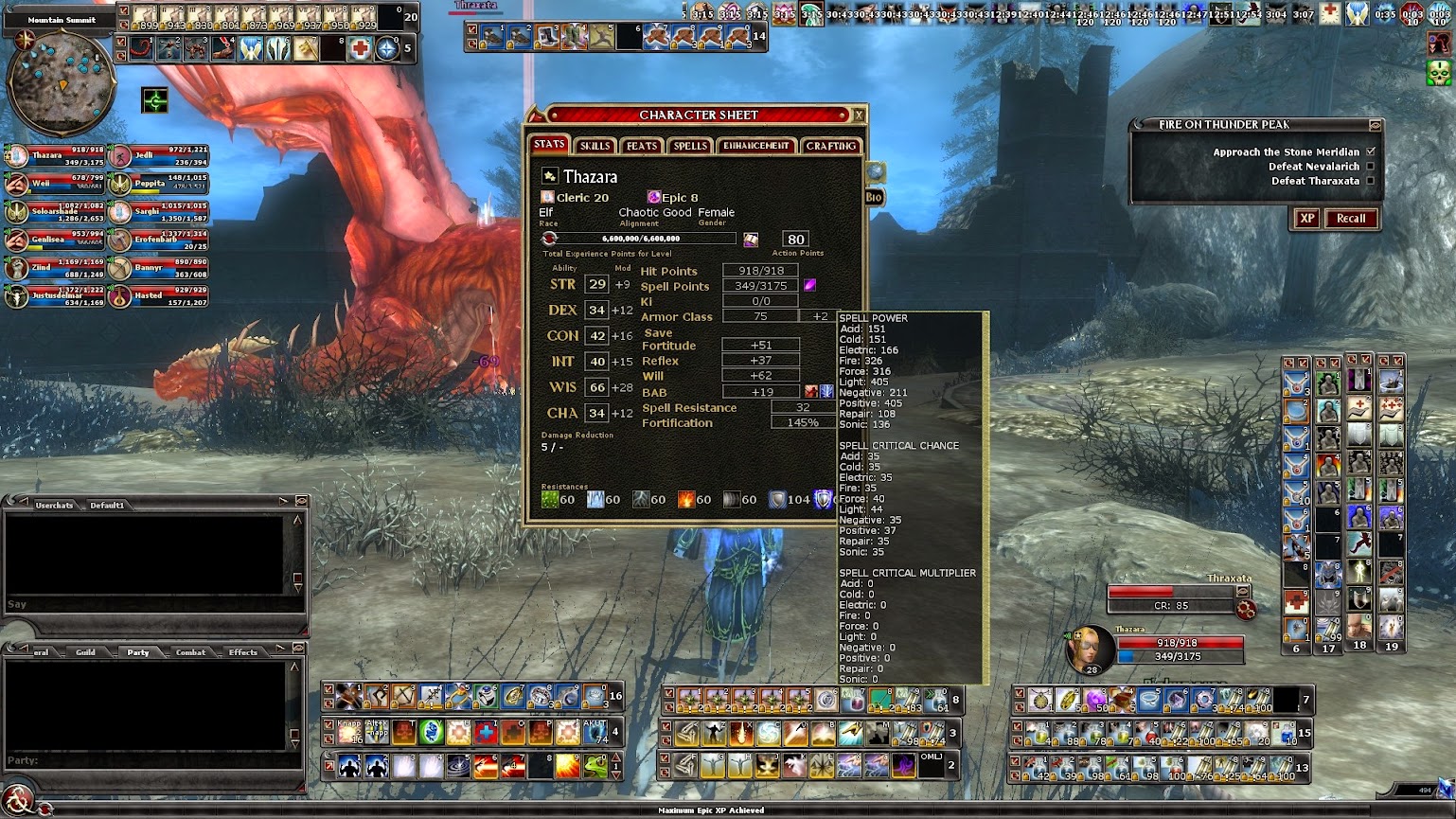 That’s all I have for you for today. Thank you for stopping by and have a great day/ night.