On Saturday I wasn’t sure I would be able to play, but after Darth (who’s currently visiting me) assembled my new computer (which I didn’t want to do myself), he told me to go raid and try out the new computer… so I logged and posted on the lfm. First EEraids.. but after about 20 min I changed it to Fire on Thunder Peak EE for anyone to join. I post for lvl 28, but I’ll accept able ppl at lower levels too. I was being a bit annoyed with the computer… I couldn’t get the game to run full screen, until I after a bit of googling found scaling options and underscan-overscan, it needs to be at zero for the game to be shown at full screen. 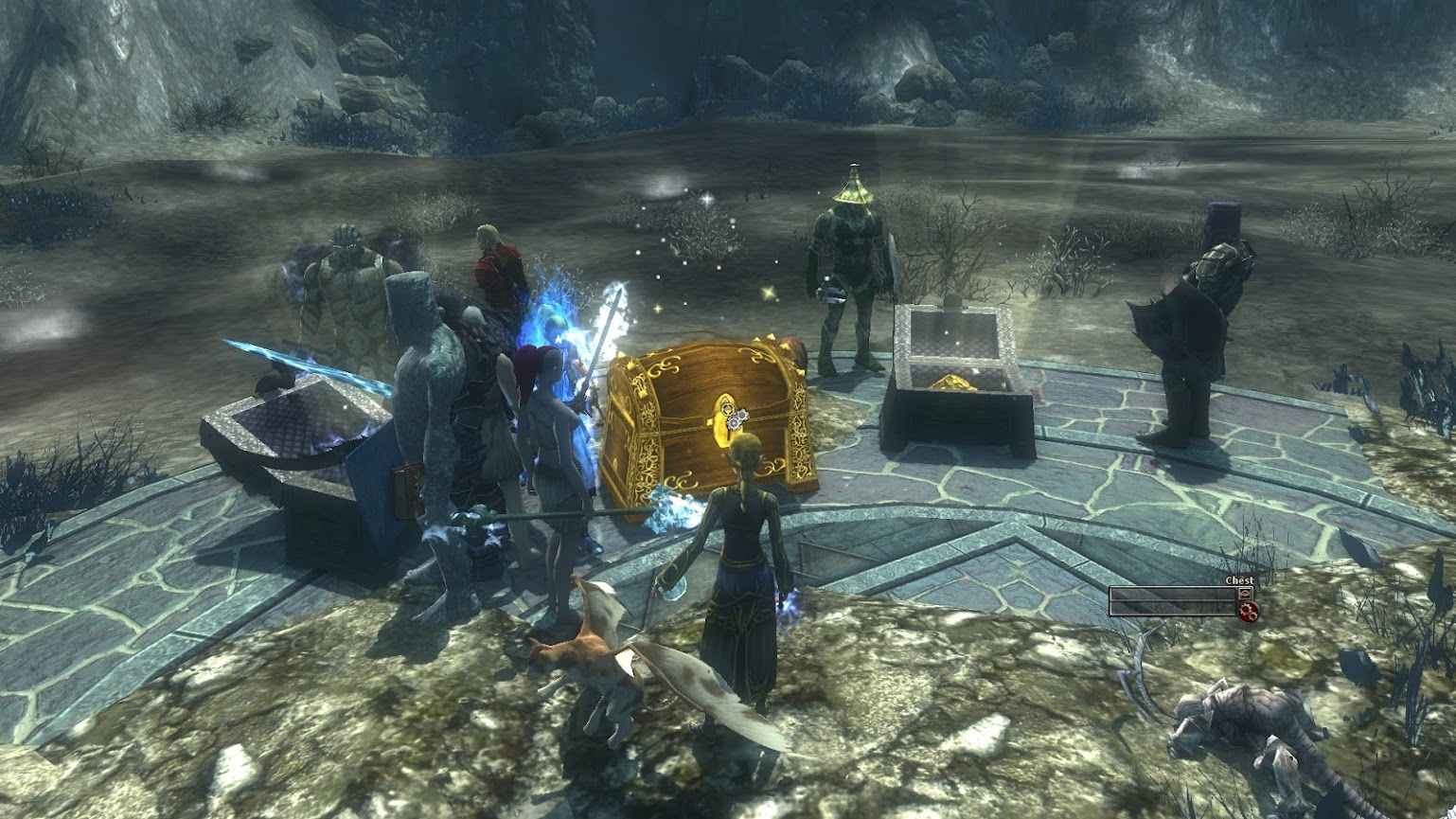 From first posting to having a full party, we waited an hour. The first ppl joining joined quite soon after I posted, but I really didn’t want to go in with just 6 of us, so we waited. If I had ppl in the group who I trusted could solo it if things went sideways then maybe, but I’d rather play it a bit safe and go with more. The first run was a bit of a bust. We were doing really well, ppl were working together and we got stuff done… but after the purple named ellies went down, the dragons just wouldn’t land. We kept killing stuff for a good long while, before we decided to restart. This was after 30 min inside the raid.

Take two was a bit messier, ppl died, I died a couple of times and we lagged a bit, but in the end we were successful. I was running in Exalted Angel this time around, instead of Unyielding Sentinel. Sentinel gives me a bit more prr, and a lot more hp, but Thaz seemed to do well in EA too… and since I normally run in EA I felt more like myself. This run took 36 min, of which we waited a few min to get started. Stitchz and Jedli were my dragon keepers, the rest of us worked on trash and helped dps where we could.

That’s all from me for this time. Thank you for stopping by and have a great day.