I don’t know why I started calling this raid Firepeak. Maybe someone else used it, maybe I just remembered the name wrong? The actual name is Fire on Thunder peak. Anywho, I had decided to do 20 runs of both the new raids before Thaz’s first eTR… which I’m still holding off on. I did the 20th run of Deathwyrm some weeks ago, while Firepeak has been left. The raid itself I find boring and the loot did not interest me. But I did 20 runs anyway.

I have learned that if someone else is running eH, there isn’t much point for me to post eN… unless I wanna wait a really long time. This is what happened yesterday, I wanted 30 min+ to fill my eN group, while the eH group filled and finished. Why do I post eN and not eH? Well, as with FoT and CitW, eH requires a bit more dps than eN. Since I don’t want to be selective, and I know we can complete eN even with poopy dps, I’ve just been sticking to eN. I have no issue taking newbie first timers either, I enjoy talking ppl through the raids, as long as I’m not too tired.

While my group took a good while to fill yesterday, tonight I managed to do 3 runs in ~1.5h (that is with waiting to fill time included), which imo is not too shabby. The last run took 17 min, my group filled without issue and ppl did a good job. And then Thaz did her 20th and got her 20th reward list: 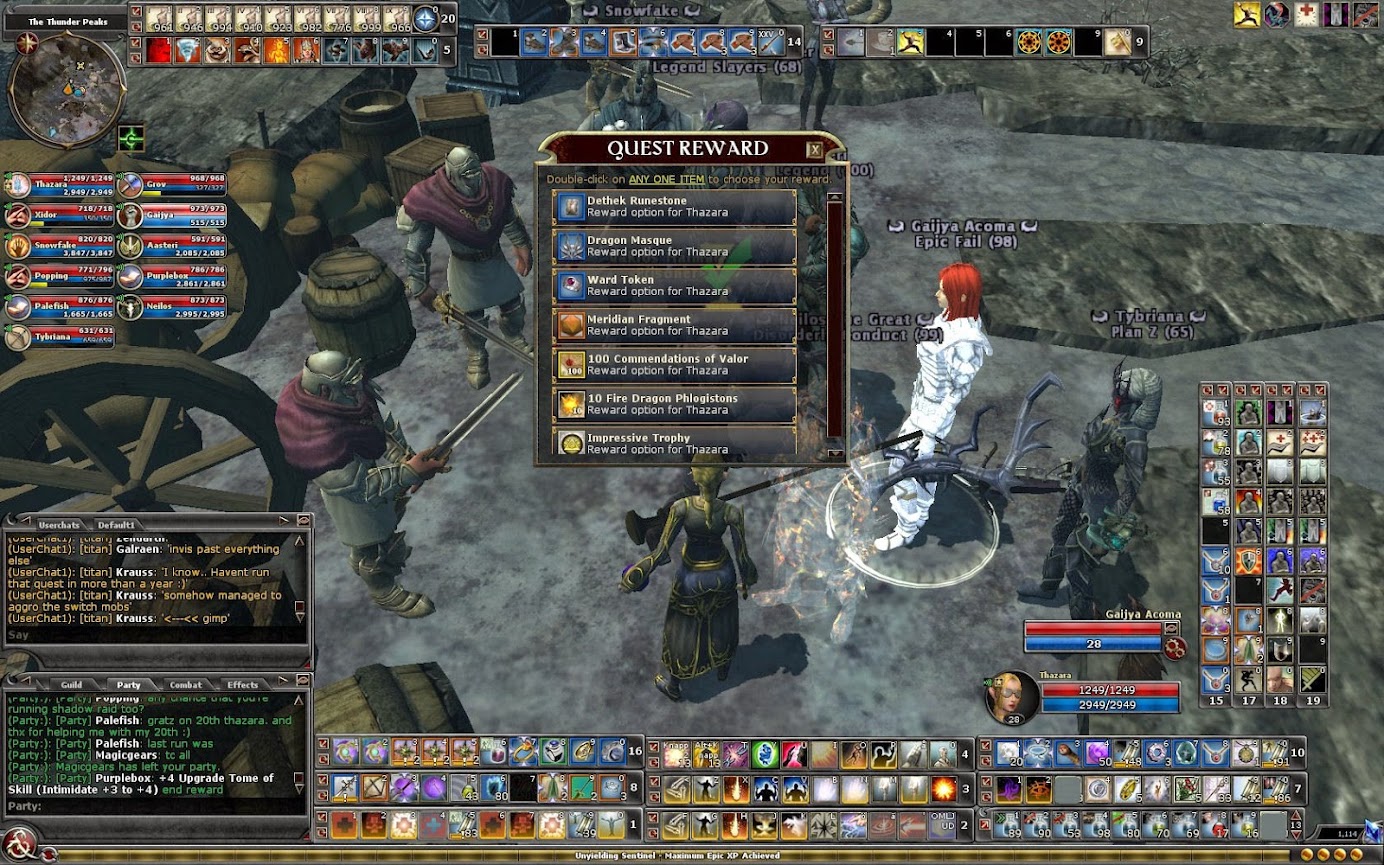 I spent longer than usually selecting the reward, since there really wasn’t anything I wanted or would even use. I got persuaded to pick the mask… which will be gathering dust in the bank.

Thank you for stopping by and have a wonderful day. Cheers.