Yes, I’m slow. This raid has been out since epic gianthold came out in U17. In U17.1 the boom was added, and the people who before it farmed it in 10 min started failing. I’ve had bad runs and good runs of this raid. I’ve changed tactics depending on the players. My toons have also been getting better, and I feel confident in a lot of ppl concerning this raid, so most of the time I have no worries. In fact, I don’t like the OP super fast runs, I prefer mixed groups with unexpected outcome. Failure isn’t an option, though, lol. We fight and we die. Very battley.

Anywho. The static group has decided on a static weekly time to run ee FoT and probably for the first time ever we had a full group (12 ppl) of no puggers. I was put on white giant like last time. We have one person per giant and dragon assigned as “keeper” while the rest help prep the one pair at a time, and kill trash. Order is blue-white-black. SR keeps the black dragon. Two weeks ago I kept white giant for myself til the blue pair was killed, then I got some help with dps. It was sort of exciting, he hit me for a lot when I didn’t get out of the way once or twice. No issues there. This week I was assigned white giant again, I hit him with a dot as I’m falling, throw a couple of nimbuses and searing light to follow, but he doesn’t even turn. He’s run off after one of the archers who’s not only hit him, but keeps on shooting him. Said archer brings the white giant back to where he was supposed to be kept and keeps on dps’ing him. I stay there for a bit, just trying to get aggro back, but unless I hit a nice proc of maxed spider venom, I’m not gonna be able to pull aggro from an archer, and probably not even then (my spider venom usually tics for 3k+, my max crit is a bit over 8k). After a while I start feeling completely useless, so I run off to see if I can help somewhere else, I get hit and stoned (breath of silence) and dead. Gee. great. I’m feeling like I’m having a really bad day, so I couldn’t have cared less.

I get raised, it’s a bit of a blur what happens next. We almost miss the timing on one of the pairs, but we get them down, crystal down and on to SR and TO. Some more deaths.  We’re fine til the undead dragons spawn, they run up and spray several of us, and more deaths (I get helpless again and dead). SR tank has SR prepped while TO is far from. In the end we complete without missing our timing, and the whole thing took 33 minutes. I was feeling so unhappy with it that I forgot to take screenies of the experience report.

It turned out to be Thaz’s 60th run and here is her reward lis: 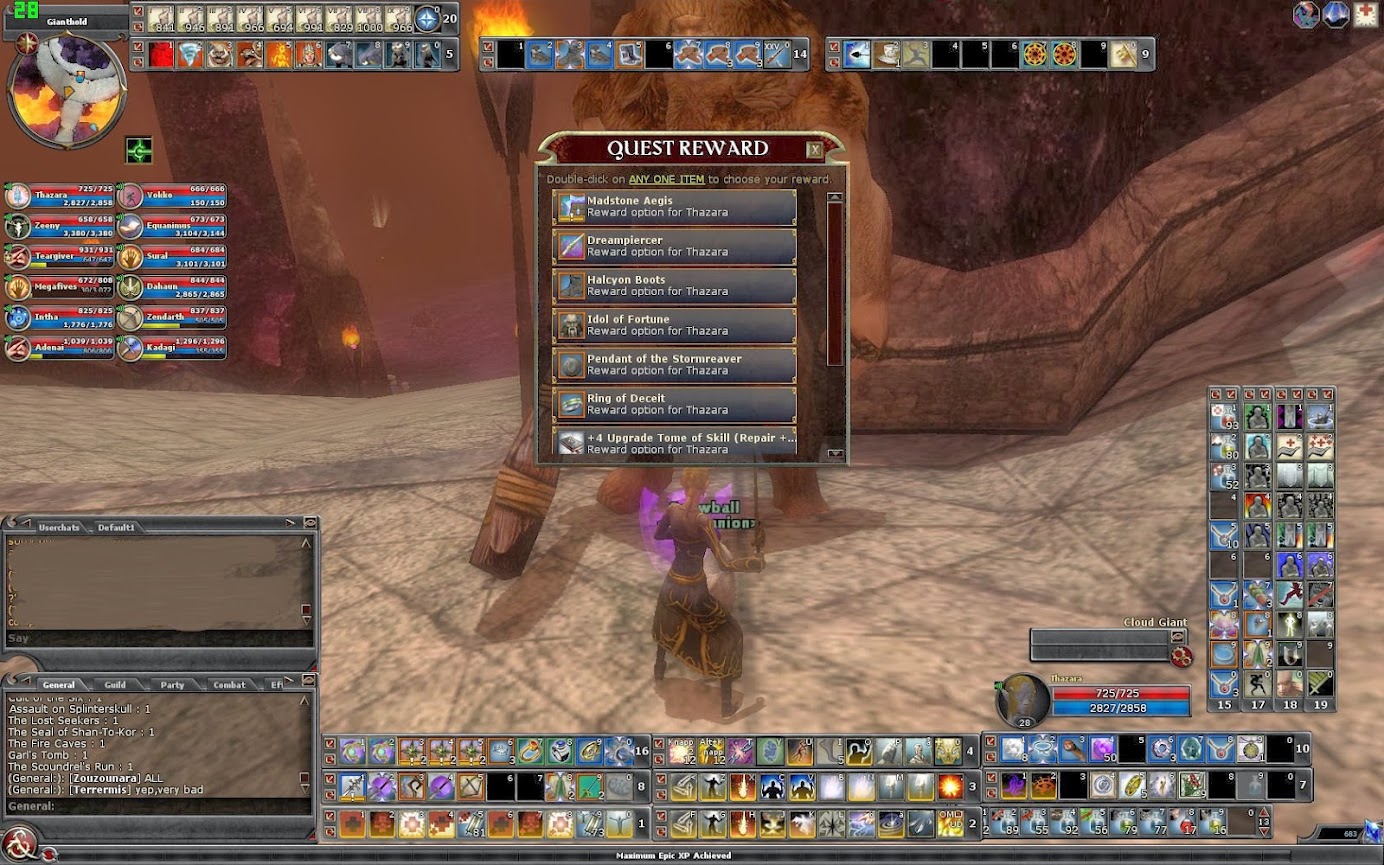 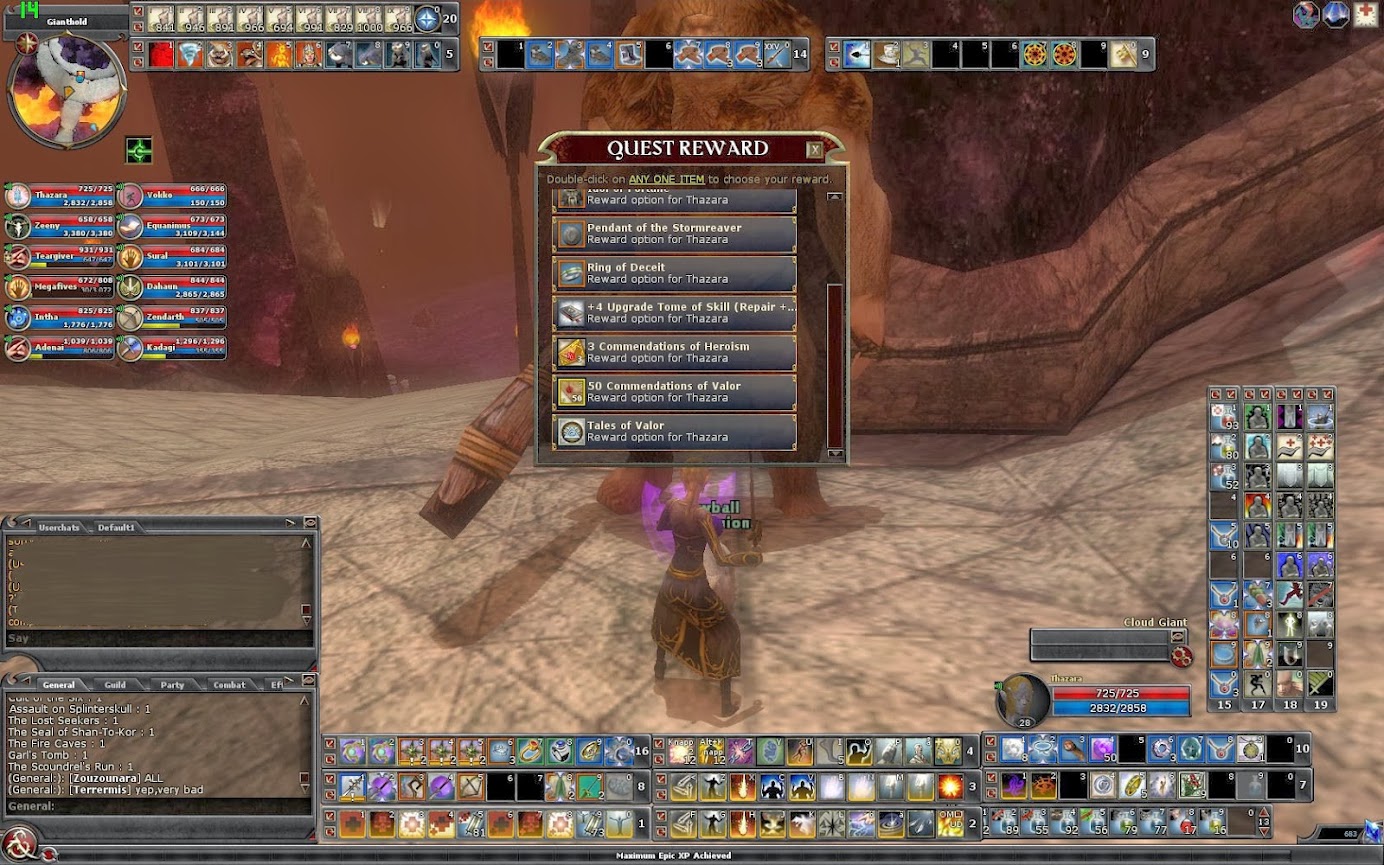 I picked commendations of valor, since I didn’t have use for anything else. I did record this run, but I did not want to post it. I cut a short bit of Thaz shooting at TO, to show what that looks like. Check it out if you like.

Thank you for stopping by and welcome back again.