I should probably soon stop writing blogs about ee FoT, it’s becoming a drag? Lol. I’ve done a few of these already (blog posts about ee FoT), but as I want to document the good runs somehow, here I am writing about ee FoT again. As I’ve been trying to max favor on Thazara (currently 4938, only missing to 6 star challenges), I wanted to run everything on elite/ epic elite. My first few times in ee FoT was after U17, when cap was still 25, and the runs didn’t go so well (see Trying FoT U17.1 epic elite). When this group I’ve now been running with was suggested to me, I was happy to tag along, even only to healbot in a group that didn’t need a healbot. Oh, if you didn’t know, the runs are byoh. I throw cocoon when needed, but everyone’s supposed to look after their own health. 🙂 Yup, my fav type of play.

This Tuesday (Dec 18) we were back at it, we actually started almost on scheduled time this time (normally we wait almost an hour for ppl to show up), and we were a few ppl short of a full party, so a few spots were open to pug. The run it self was pretty good. Crush dc’d just as we were about to start, and it took him too long to get back, so we went without him. 1-2 ppl died when we were prepping the pairs, and then when it was time for SR and TO, someone pulled SR on the party and we got boomed. 2 more ppl died. I strangely took very little damage even though I got boomed 3 times. Something like 200hp /boom, which I healed up. I was fully buffed up, though, and wearing ring of djinn and pale lavender ioun stone. The run took 30 minutes to complete. Here are the screen shots. 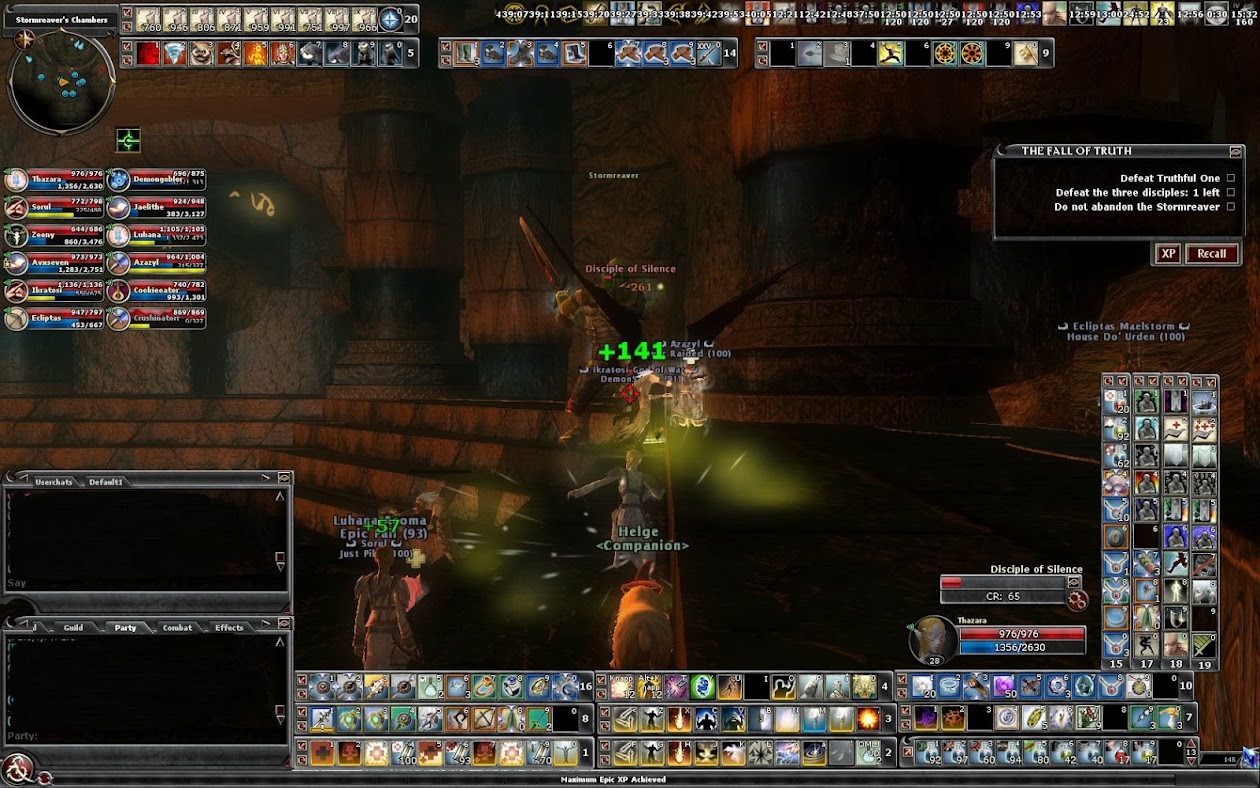 If you’ve read my blog, you know I’ve adjusted my enhancements, ed and spells to be a better shiradi cleric. But for ee FoT I switch to US. I have Endless faith, Energy Burst: fire, and cocoon twisted for these runs (well energy burst I only recently twisted). 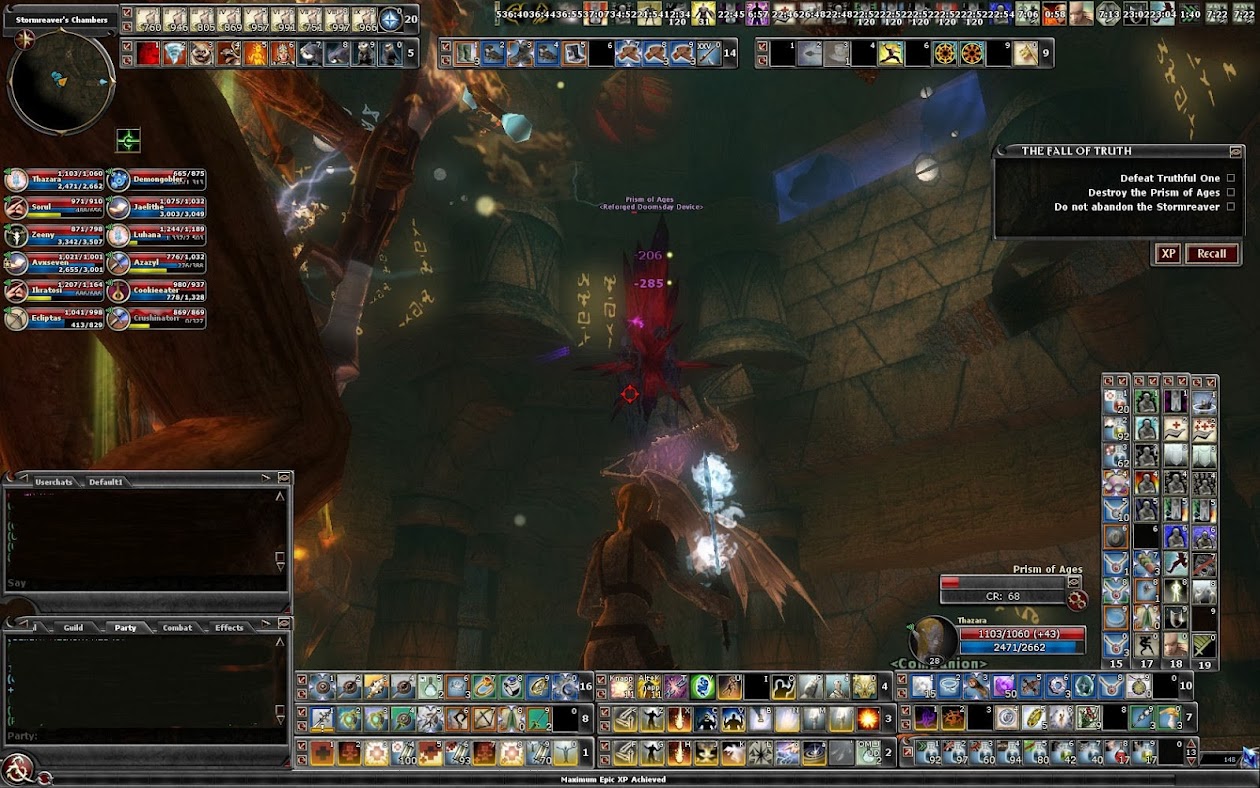 I use both spell like abilities and the same spells, to reduce cool down. So my mostly used spells and sla’s are right now: Nimbus of light, Searing light and Holy Smite. In ee FoT I also use Forced Escape (lvl 28 feat) and Energy Burst a lot.(and radiant burst + implosion for undead works nicely) 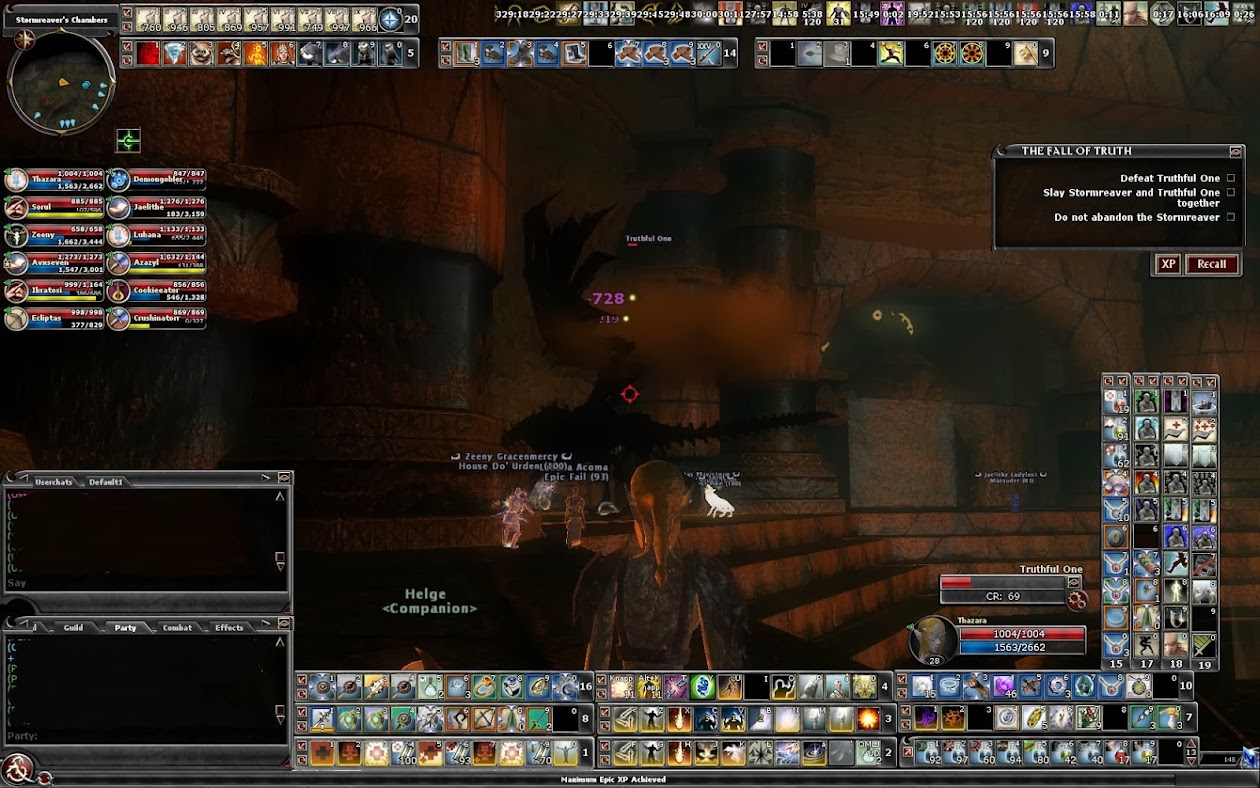 I mostly carry Balizarde with +132 devotion on, but when standing in a safe spot spaming light spells, I switched to Tinah with +132 radiance on.

So, let’s see. My successful ee FoT runs have been so far (the group did one run before I joined them, so they’ve done one more):

🙂 I am looking forward to the next run, as I really enjoy these. I’m not running them for loot, but for fun.

Alright, that’s it. Ty for reading and have a great rest of the week.

4 comments on “We’re getting better at it; ee FoT”