Almost 2 months has passed since I ran ee FoT with a selected group (See EE FoT U19 Completed). Yesterday as I was running FoT on Cerge, I got a tell that the group would be gathering in about 30 min, if I was interested. Sure says I. The group was almost the same, except 2 ppl removed and 3 new instead. All ppl I at one time or another have run with. I switched to Unyelding Sentinel, switched out Brace for Impact to Cocoon, and buffed up. Sat there waiting for the rest outside of the quest entrance and tried to pay attention to instructions. As I did not have a specific task, and since my dps is a bit lower than many of the others, I didn’t really listen much.  At least we were supposed to do about the same as last time, ppl were assigned bosses, we’d prep one pair at a time and someone would grab TO when he drops. Order was confused-lies-silent-crystal. I was staying out of trouble, casting spells at the giants and dragons a bit, but mostly focusing on trash, and then on to TO and SR. 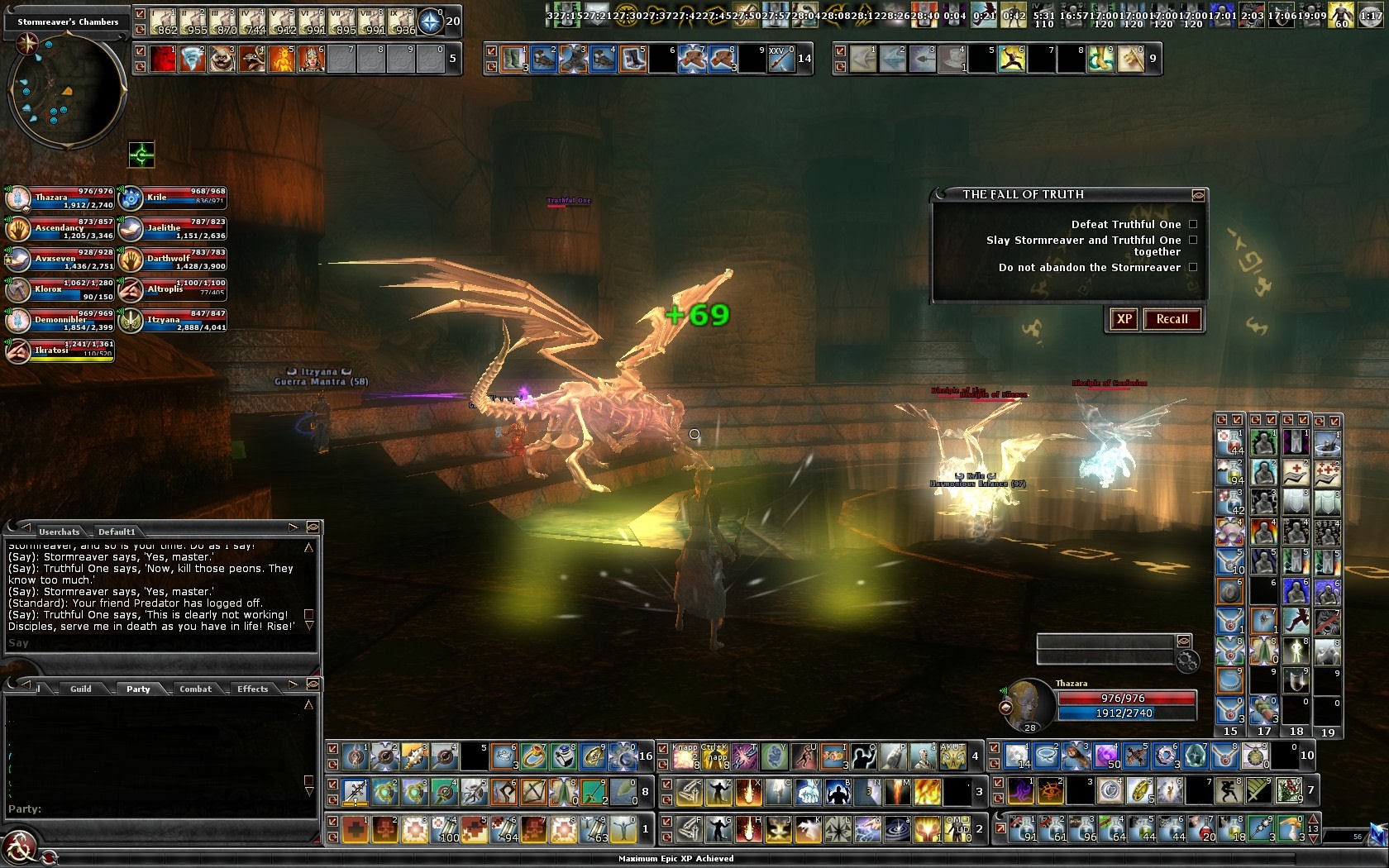 Ikratosi was our SR tank, kiters were a few (backups) and the rest on TO. Like I said, I wasn’t paying much attention (still haven’t gotten enough sleep), I found a good spot to stand where I could cast cocoon on Ikratosi while spamming light spells and fire on TO. Kiter died and was replaced, TO blasted the group and some ppl died. I was at a good distance from TO and the one time the undead dragons came near, I jumped out of the way. At one point when ppl died, I suddenly had a bunch of trash rush towards me, I hit implosion and bursts and managed to kill them off (Itzyana was standing close to me, so I’m assuming they helped a bit too). And then suddenly I hear “kill them”, while I was looking for ppl to raise, and it was over. 25 min completion. 🙂 Looking at the experience report, I even managed to kill 8 mobs, which is 5 more than last time (4th place on the score card, after Darth, Avxseven and Itzy). Awesome. Also, this time I didn’t die. Have a look at the experience report below. 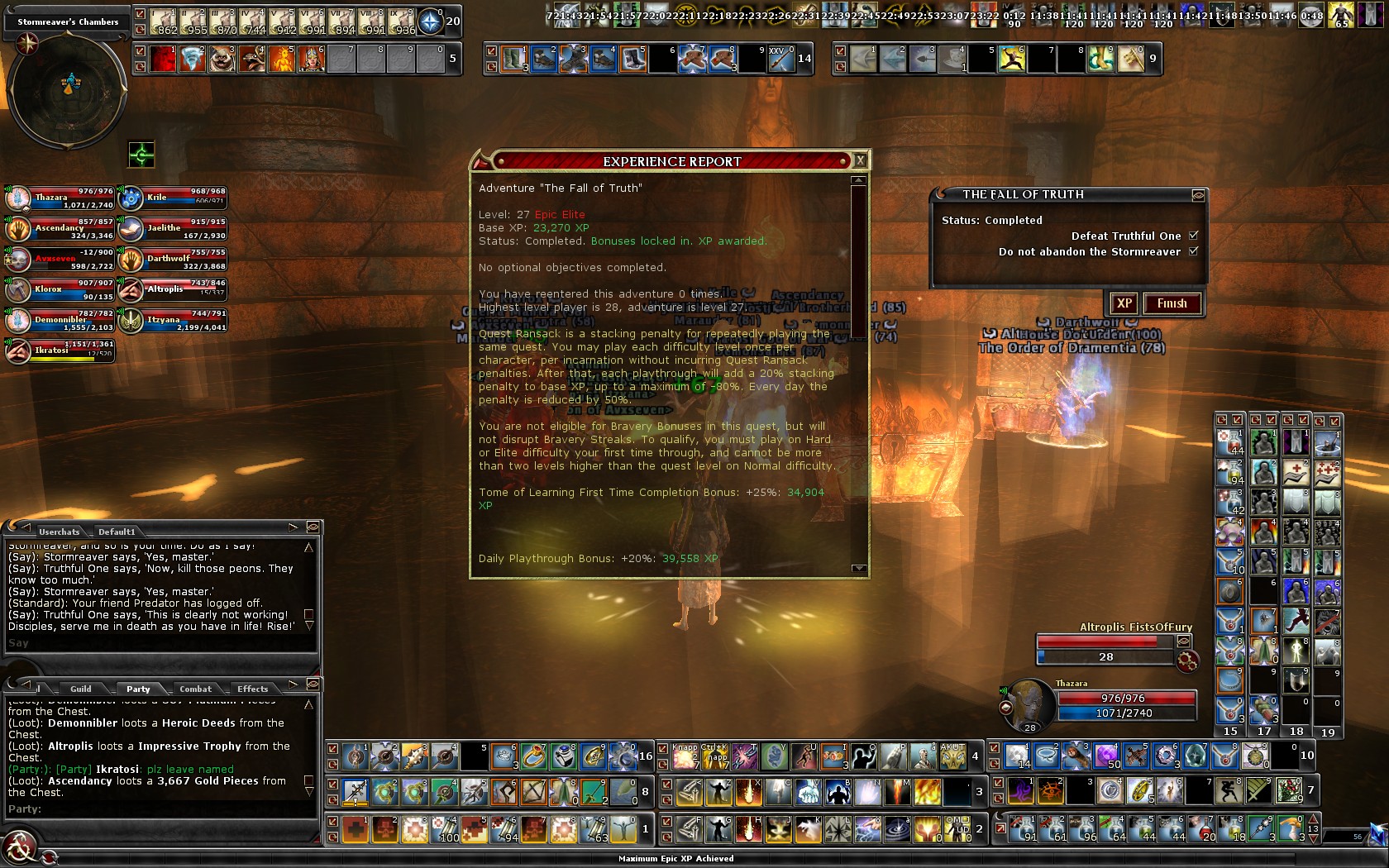 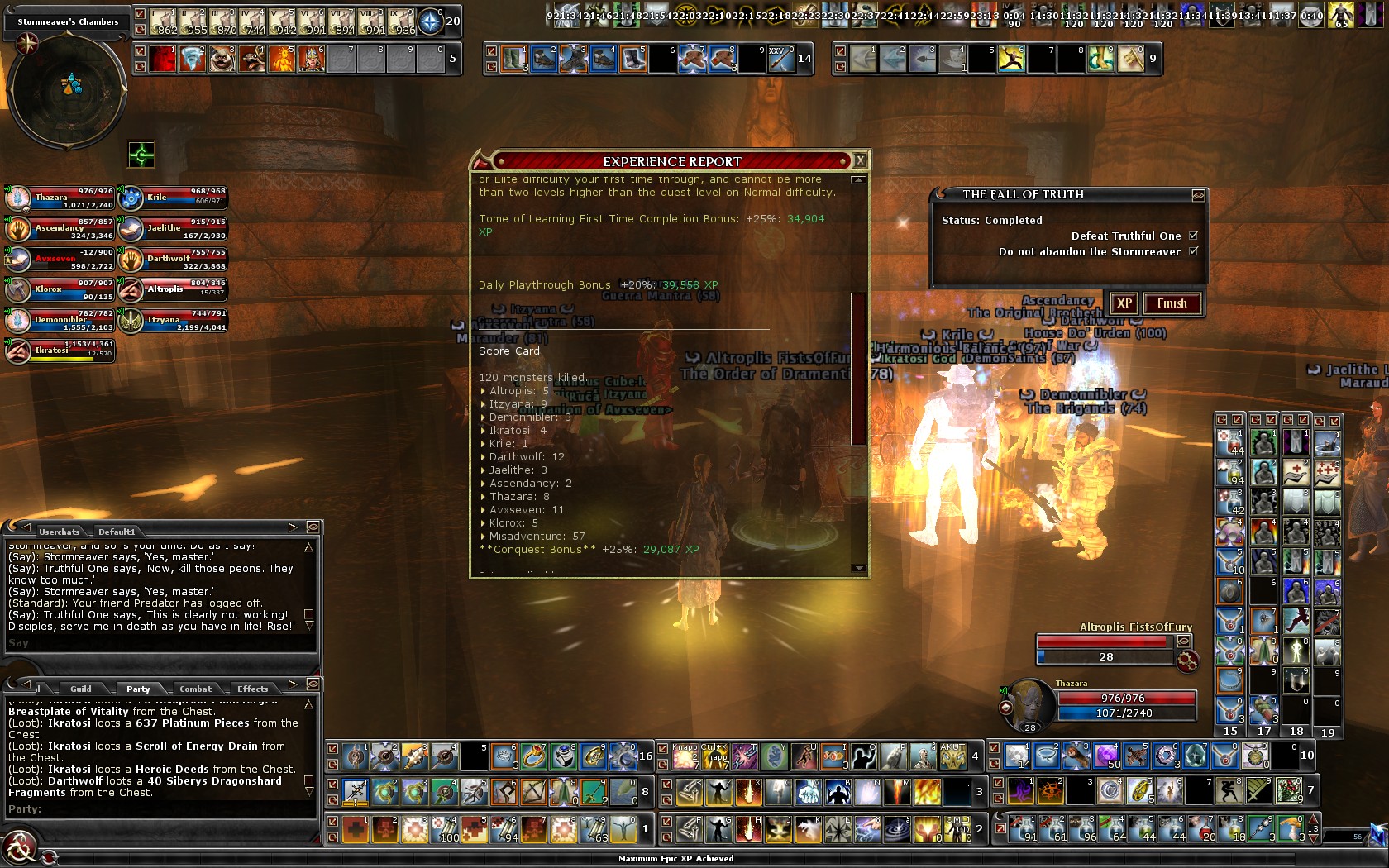 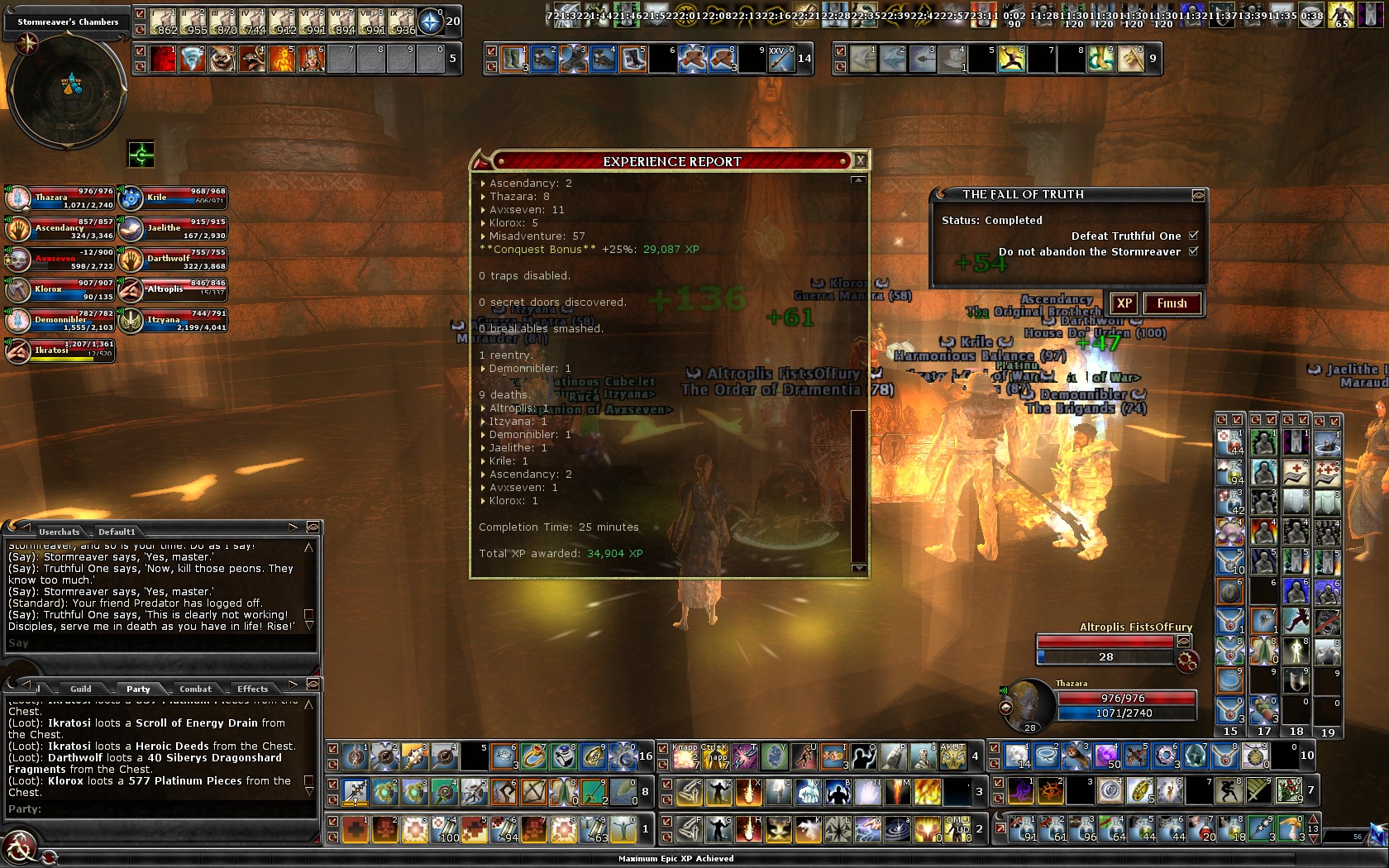 🙂 That’s all folks. Ty for reading and have a great day.

2 comments on “Return to ee FoT”