Lately a couple of friends of mine have been checking my blog almost as often as I check the stats, so I figured I owe them a new blog post. 😛 What have I been up to this week? Well, I was away Friday-Saturday, so didn’t play at all those two days, and my static group on Cannith got their hearts of wood so we can TR next week. After running the Trill of the hunt ee last week, I got very interested in trying out a shadar-kai assassin, so made one on Monday, that I was goona try out in gianthold with my sister. Well, my sister hasn’t bought the gianthold pack yet, and on Monday we found out that the guest passes were bugged. She had an active pass with 30 min left, but she couldn’t enter gianthold. I sent in a ticket and got the reply “we’re aware of the issue but have no solution atm”, so it was a no go (they apparently fixed the guest passes in U19.1). My sis switched to her lvl 12 fighter and we duo’d Diplomatic Impunity elite. 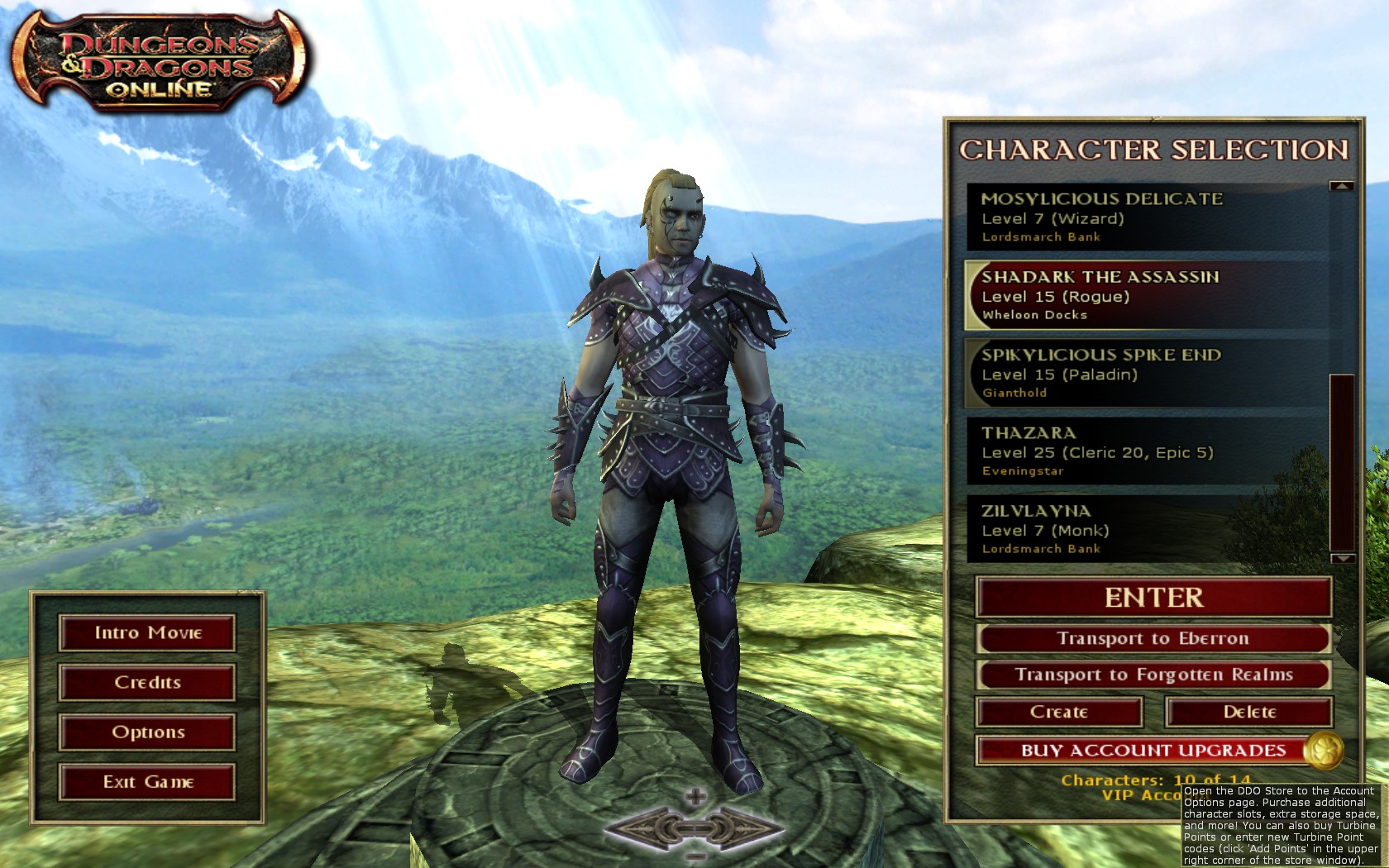 Tuesday I managed to get a group together and we ran The trackers trap ee, then wiped in Lines of Supply and everyone but me released and left party. It happened so quickly that I was just sitting there wondering wth just happened, then I asked in one of the channels if it was a fail, because it didn’t seem like, then lfm’d for “help me finish, party left”.  I waited about 30 min for the ppl who hit the lfm to enter the quest, then we finished it in ~10 min.  We only needed to kill 9 more supply carriers, red named boss and a bit of trash and done, 40k xp and chest. I forgot to check if we would have gotten a second, but we didn’t do any of the optionals, so probably not.

Wednesday I was just too tired to really play, but addicted as I am, I decided to spend the evening looking for the rest of the messages in Wheloon Prison. A friend from one of the channels joined me, but left when we couldn’t find the key for the east wing in the mansion. I was using the cheat map, and I had found the keys for 2 of the locks doors before, but I did not know how to get to message no 8 in the east wing. I asked in one of the channels, and Tydas joined me. He told me that to get in there, you need to lead a rare npc there, and the easiest way to get her, is to just use the teleport to Harvest Hall, reset and repeat until she spawns. I suggested he teleport and I reset, to make it a bit faster. I had 2 more ppl join my lfm, while we were doing that, and I made them wait ~45 min before they were allowed to enter wilderness. We reset wilderness ~30 times before the npc finally showed. Thanks Ty for your patience. 🙂 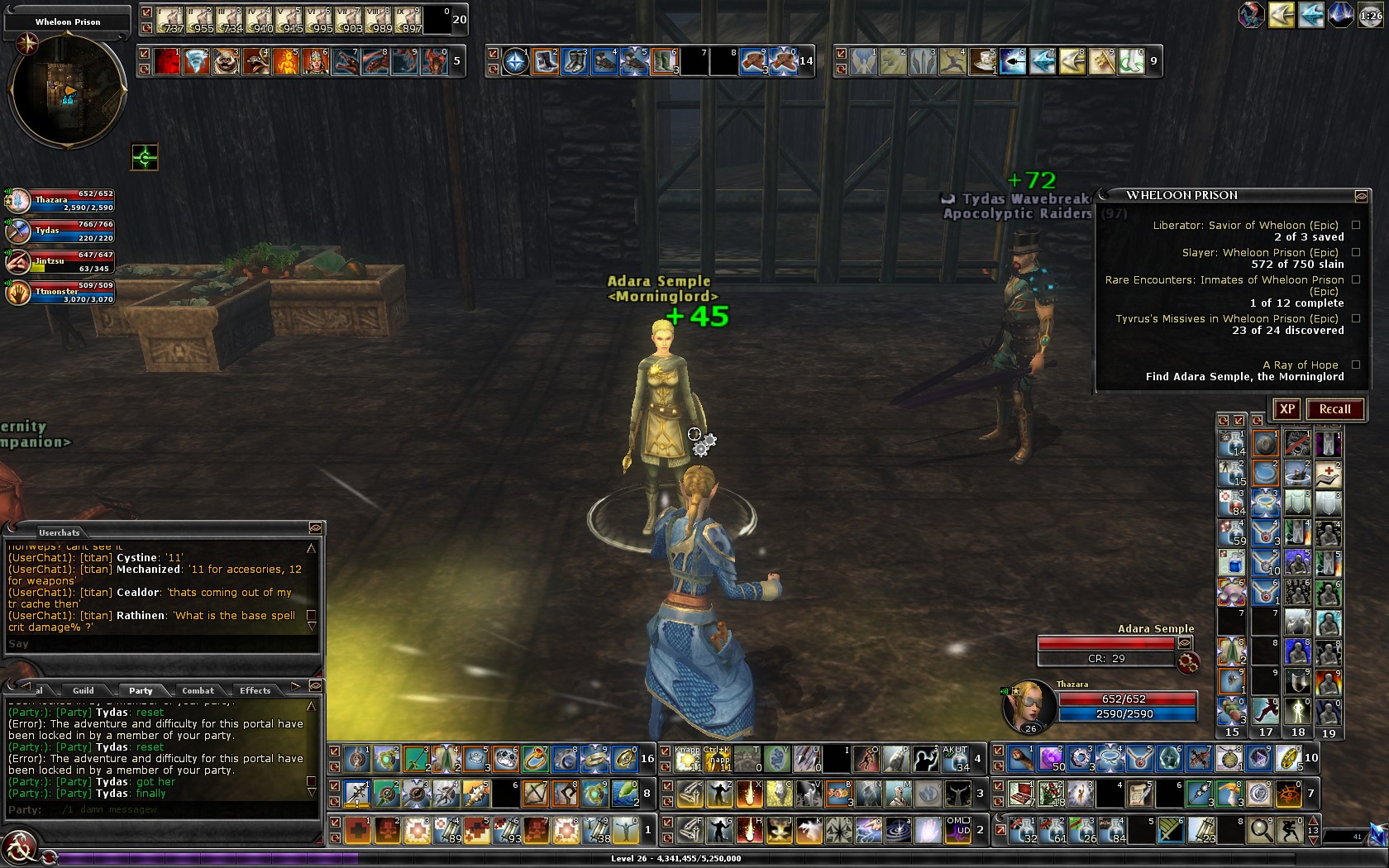 Thursday I lfm’d for the 3rd quest in the Storms Horns chain, “Breaking the ranks” ee, but after a few min of waiting, I joined a group doing the high road eh, for some xp. Still a long way to go til 27. I decided to quit after 2 quest and have a semi-early night, as I was going on a trip after work the next day, and wouldn’t be getting much sleep. Sunday, I logged on pretty soon after getting home, and lfm’d for Breaking the ranks again. Got no one. So, decided to go for adq, ppl always join adq. But, as I’d like xp, I was running on eh, and after 2 rooms, I was out of mana, and not really keen on potting, so tried the channels again, and got 2 ppl (sorc/fvs and ranger). We trio’d the pre and raid on eh. I sent a tell to a friend and he was ip soloing Breaking the Ice ee, and I asked to tag along. Except for running into trouble with the ice ellies, the quest wasn’t that big of a problem. 🙂 After this I lfm’d for Breaking the ranks ee, but even though I had 2 friends in the group, the party wasn’t strong enough for the quest. Thaz isn’t really ee dps, as least not for a quest like that one, and I was unable to keep the party alive, as they were all spread out, and our cc failed completely. Need to try again another time. So, I lfm’d for eVON (raid) eH/eH and got ppl from the channel. We filled really quick, but were having some comunication problems. A bit of a hassle, but we finished without too much problems, and Thaz got a nice amount of xp. I finished the day with 2 runs of VON3 eh for xp. Thaz is now missing less than 260k xp for lvl 27. 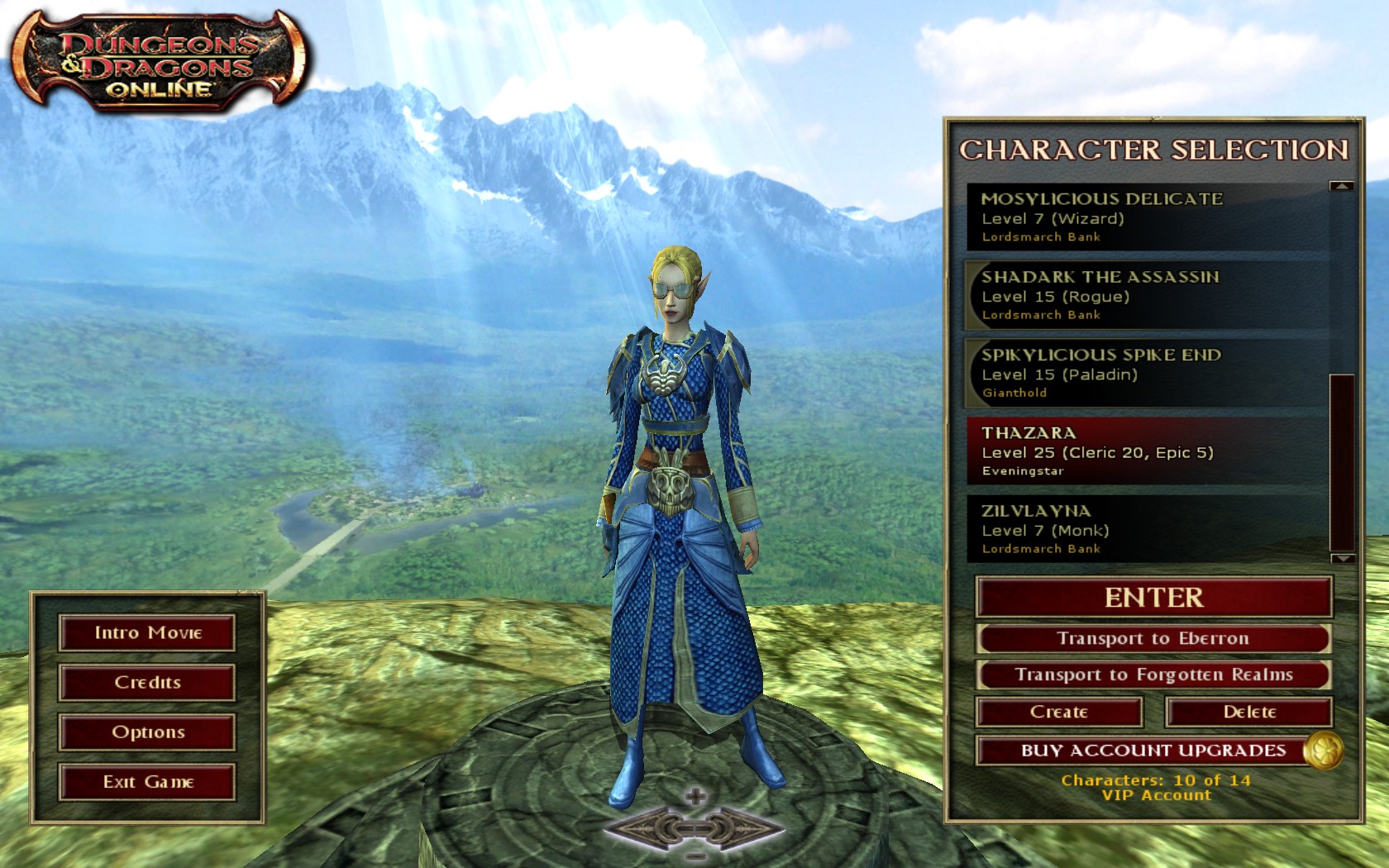 Oh, I almost forgot. While I was waiting for ppl to join my lfm for Breaking the ranks, I decided to try and solo Impossible Demands ee.  Now, note, my cleric is first life, caster specced, but with melee as secondary. She’s imo a good healer, and secondary dps, mostly from spells, and I melee a little bit inbetween. My current main ED is Shiradi, and the highest spell crit I’ve so far seen was from energy drain, something like 2.2k evil damage. 🙂 Now that was pretty sweet. I do see ~1.4k crits from comet fall and destruction, while bb seldom hits for more than ~800. These are only on crit, though, normal metad bb hits for 300-800, without metas for only a bit over 100. I have seen her stacking dp hit for over 1k as well. Anywho. So I stepped into Impossible demands solo, buffed, talked and started meleing + dp’ing. I felt like I was using too much mana, and it was taking too long, but got her down so she sacrifices the knight, then stood by the door, so I could stand “in” the door when she goes through. I then used my pinion to aggro her, stepped back and pulled her to the other side. As I was trying to melee + dp, I died from her cast spells. Raised, rebuffed, and she went inactive and walked back to the other room. So, I did the door trick again. I think I may have gone too far away from the door again, and after this I realized I 1. need to keep kiting and only using dp, to take minimal damage from her spells, and 2. I need to stay close to the door to the other room, so she doesn’t go inactive. As I was running out of mana, I ran to shrine, let her go inactive, and then pulled her back, to kite and dp her to death… without ever having to pot. Yay! My first ever solo ee completion. 🙂

🙂 I also decided to buy Thaz a +5 con tome from the store, which added +2 to her con, which is now a total of 30, and 678hp unbuffed. Since I’ve been levelling my bank guild, I’ve been running without ship buffs since I left Gimpfest. When I LR’d Thaz, I dumped int (which before was 12) and put the points into con. So her con is now: 14 base, +8 ee menacles, +2 except from pdk gauntlents, +5 tome and +1 from true imperial blood = 30.

tl;dr just random babble, mostly about Thaz and what she’s been up to. Just look at the pictures