So, as I’ve mentioned previously, I’ve recently had my winter vacation from work, and spent most of that time playing DDO. Yes, I know, I’m a bit of a loser, lol, but I enjoy socializing in game more than irl. 🙂 And since I was able to run earlier in the day, I got to run with Cleazy all week as well, which I usually only get to do on Saturday nights/ Sundays. So, what have I done this week and last weekend? Let’s see…

Thazara
Ran some raids; 3x CitW, 3x hard ToD, 2x eADQ, hard shroud, elite shroud (+ one noob party wipe on elite), 2x eVON, 1 Reaver’s and 1 VoD. Worked on getting epic elite favor and some from challenges, worked on levelling/ capping her current ED and did some loot farming. Picked up the Holy Symbol of Lolth when working on Thaz’s 3rd ransack of the chest, and got the Twilight from a lucky roll on the last CitW. 🙂 Thazara has capped Unyielding Sentinel, Exalted Angel, Grandmaster of Flowers and Legendary Dreadnought. She is currently leveling Shadowdancer and is at level 2. After this one she will move on to the arcane circle. Thazara has run all quests and raids in game on elite, except MA normal, LoB and CitW hard. 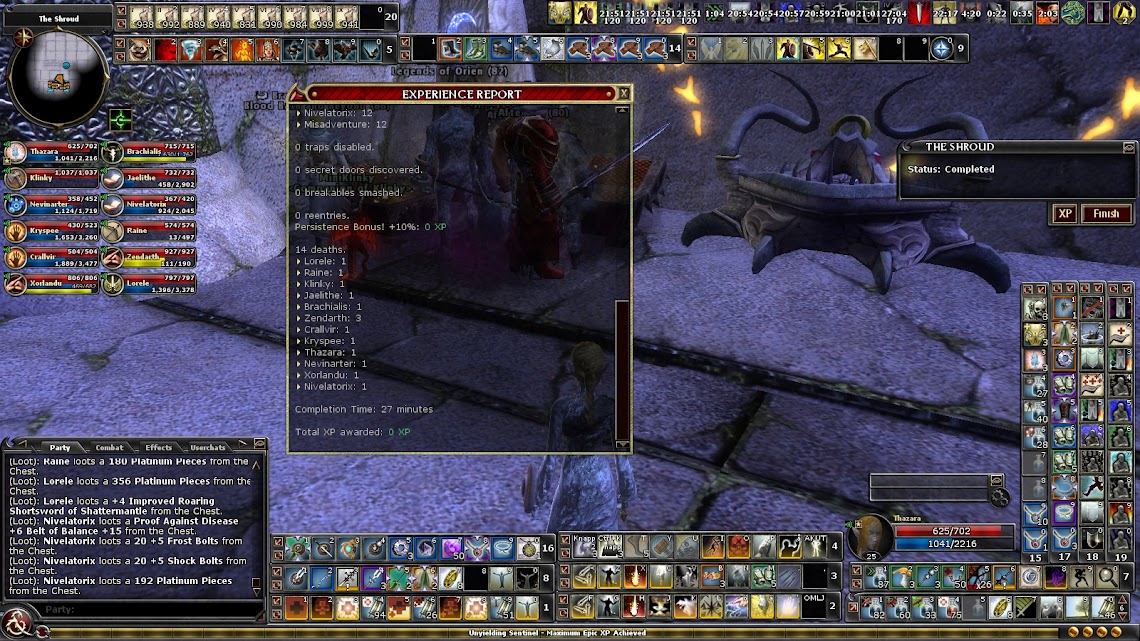 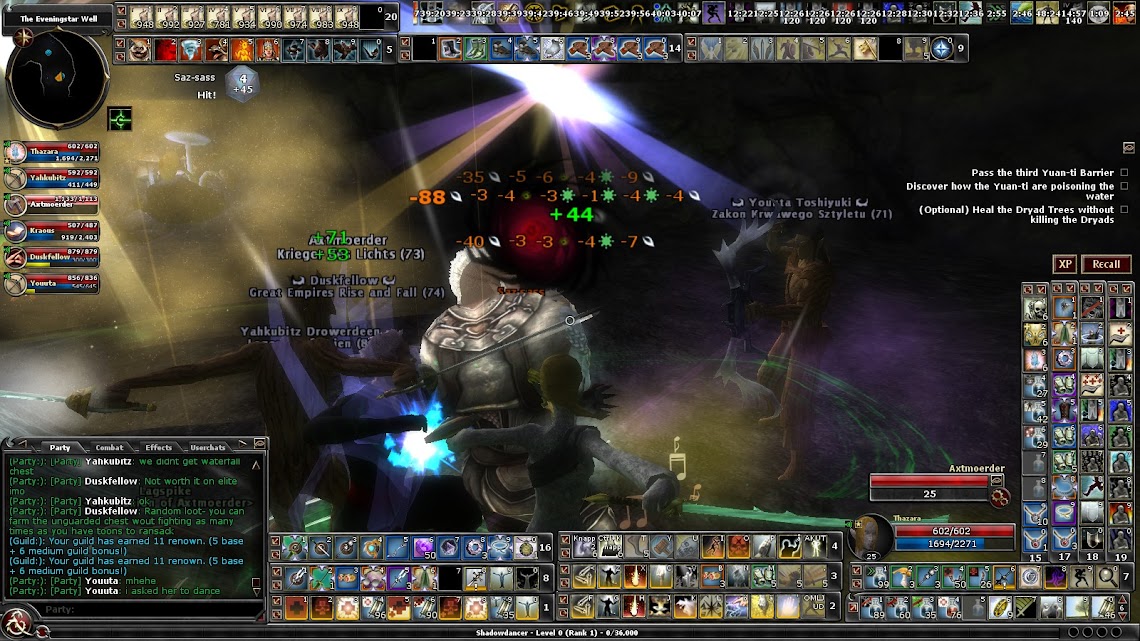 Cerge
Flagged for CitW, farmed some chests and ran some raids; 3x CitW, 3x eAQD, 2x Shroud (hard for fast completion), 1 eVON. Cerge got his torc on the 20th ADQ end reward list. Cerge is Magister 4 and Draconic Incarnation 3. I’m just gonna run some raids and farm some loot while I wait to TR. 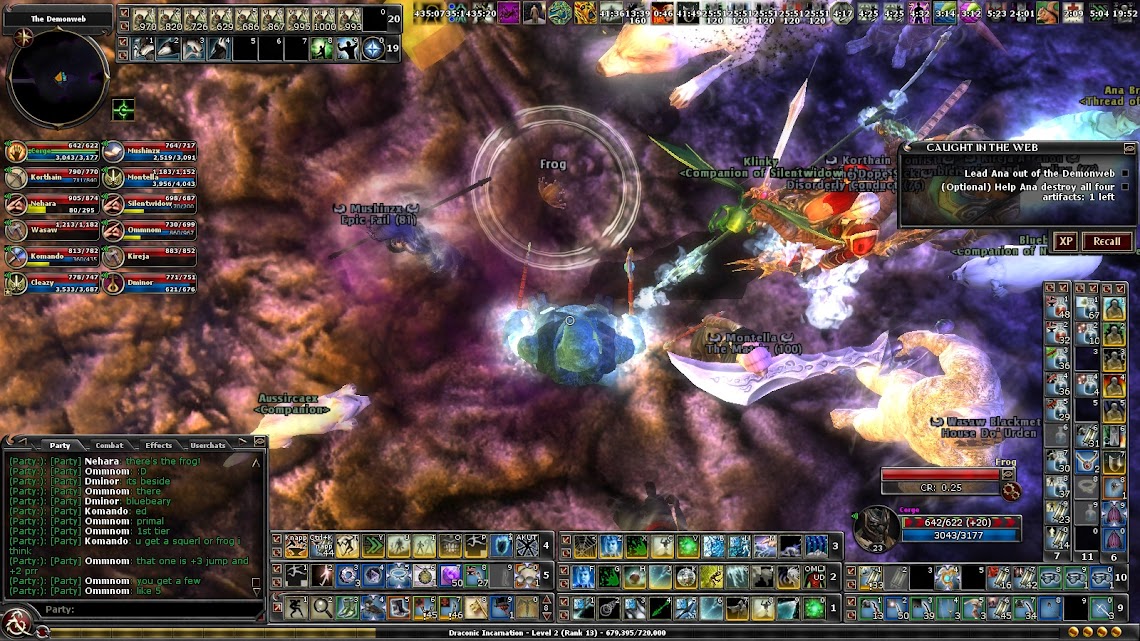 Maidae
Maidae got her paytime with TorGrimorde Monday and Thursday, plus some runs with Cleazy’s barb. Grim and I ran Gianthold walkups, Tor flag and necro 4. With Cleazy I ran some GH, Necro 4 and a few runs of Tor. Maidae is becoming water expert in the Crucible. Last life I ran the crucible 4 times at lvl 16; elite with group where I didn’t do the water, then solo with hireling casual-normal-hard. This life I’ve run it at level 15 2 times elite where I did the water and then one time hard at 16 where I also did the water. Water part is becoming my friend. 🙂 (Like I’m making friends with Ana in CitW). Maidae is currently 2 ranks into lvl 16. 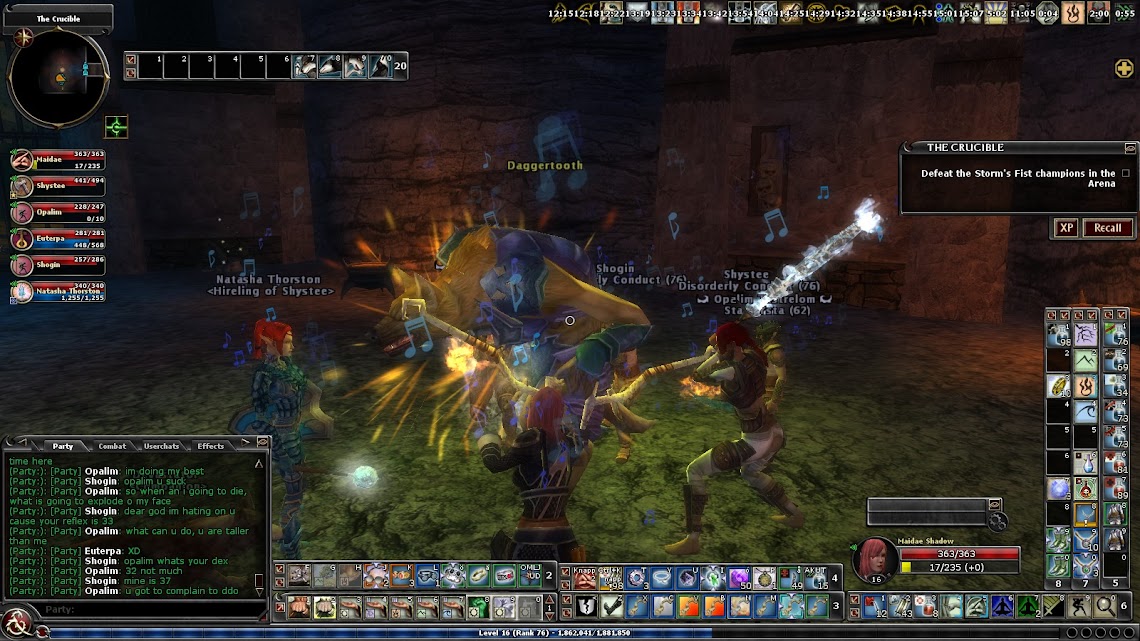 Keronna
Domfig has been missing from the Friday group on Cannith the last 2 friday’s, but we’ve run some anyway. Did Gianthold walkups and 3 of necro 3’s. Since we’ve only been running for a couple of hours every week, we haven’t had time to do that much. Keronna is lvl 14 holding 15. 🙂 Keronna is a cleric, but she’s very different from Thaz, and I keep getting confused with how to play her. 🙂 She’s all caster, with dumped strength, her greater command and bursts hit hard. Still, I often try to play her as a monk, switch to fire stance and put on a pair of wraps, only to take a lot of damage. 🙂 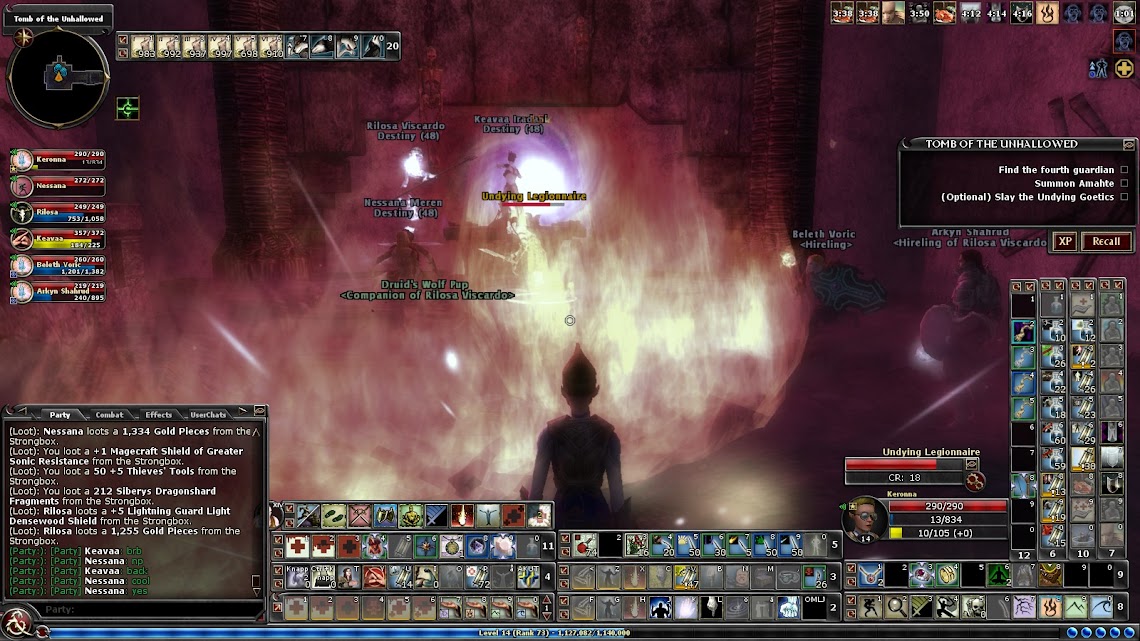 Jarvanna
I made Jarvanna only to have a toon to run with my sister with. But I also wanted to try out the druid class. My sister recently bought the druid class, which is currently her favourite toon to play, so we’ve been running 2 druids together. My sister doesn’t mind pugs, but I think she prefers it to be just the 2 of us, so she can speak Swedish over voice. 🙂 We ran a couple of times this week, and got her druid to lvl 9. Jarvanna capped for 11, but I will probably not take 10 until my sister gets her druid to 10 as well. 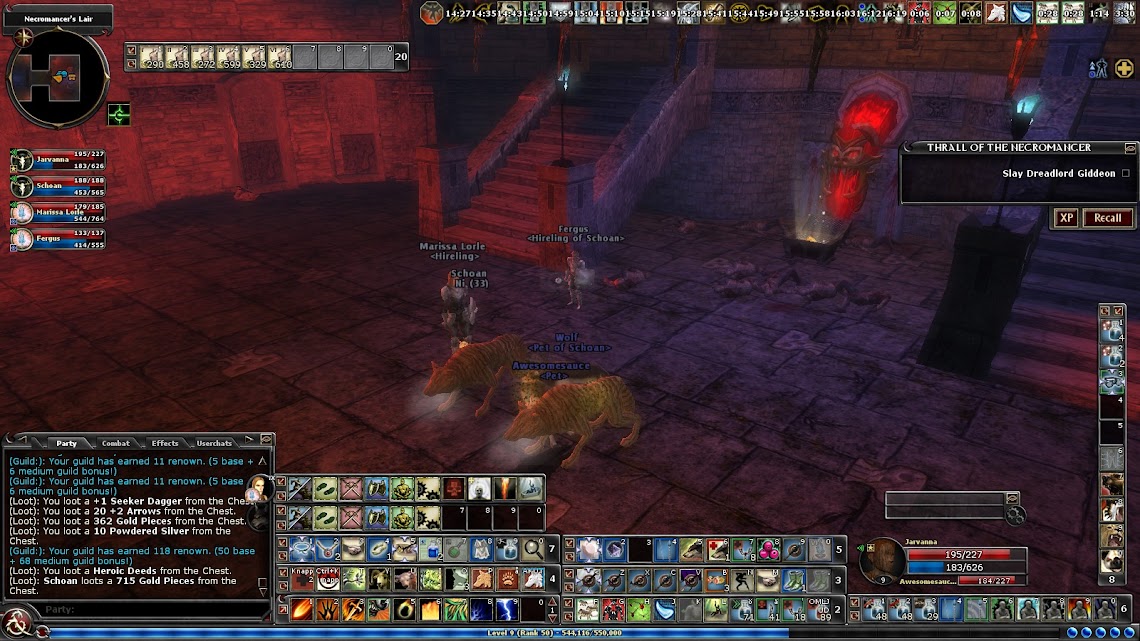 Conclusion
This week I got a lot of stuff done with my toons and I got to run with my sister, Cleazy and the Friday group. I also got to know some new ppl, which was all good fun. 🙂 Andy was missing though. I have not seen him in like 2 weeks and I’m starting to worry.

Ty for reading and have a great week.