So, as some of u know, my plan with Thazara has been to do everything, and collect all the favor possible, level all the ED’s. This week I’ve had my winter vacation from work and have been running some earler in the day.

The other day when I logged on, Cleazy was busy running Evenigstar first chain (I think) on epic elite, so I lfm’d for the High Road epic elite, starting with A stay at the inn. My friend Violater joined, an then the ranger Melayde. 🙂 As we were waiting, Vi suggested we try trio it, and I was up for that. So, the first part of the quest we trio’d on EE, with Thaz meleing (Thazara is still a caster specced cleric). 😛 Later on we were joined by some more ppl and we continued with the other quests in the chain. 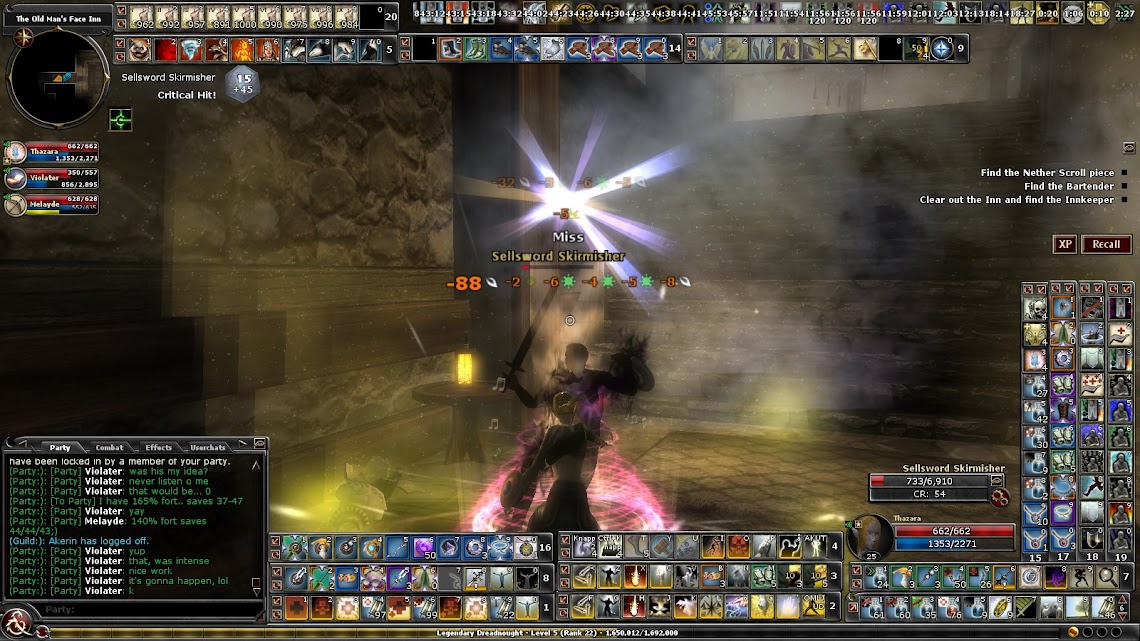 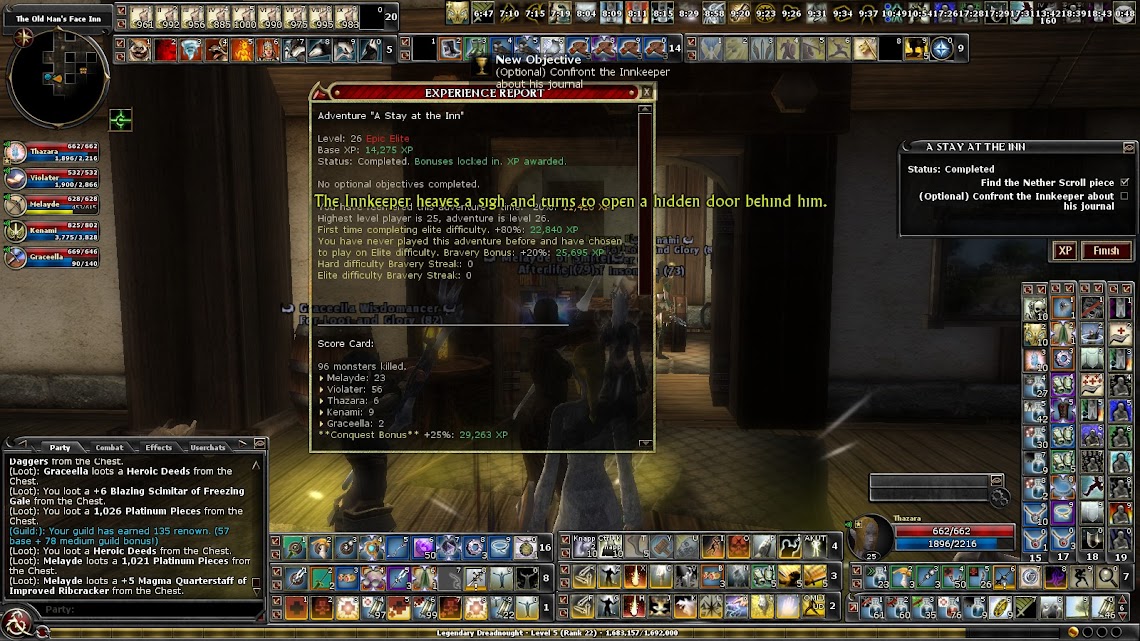 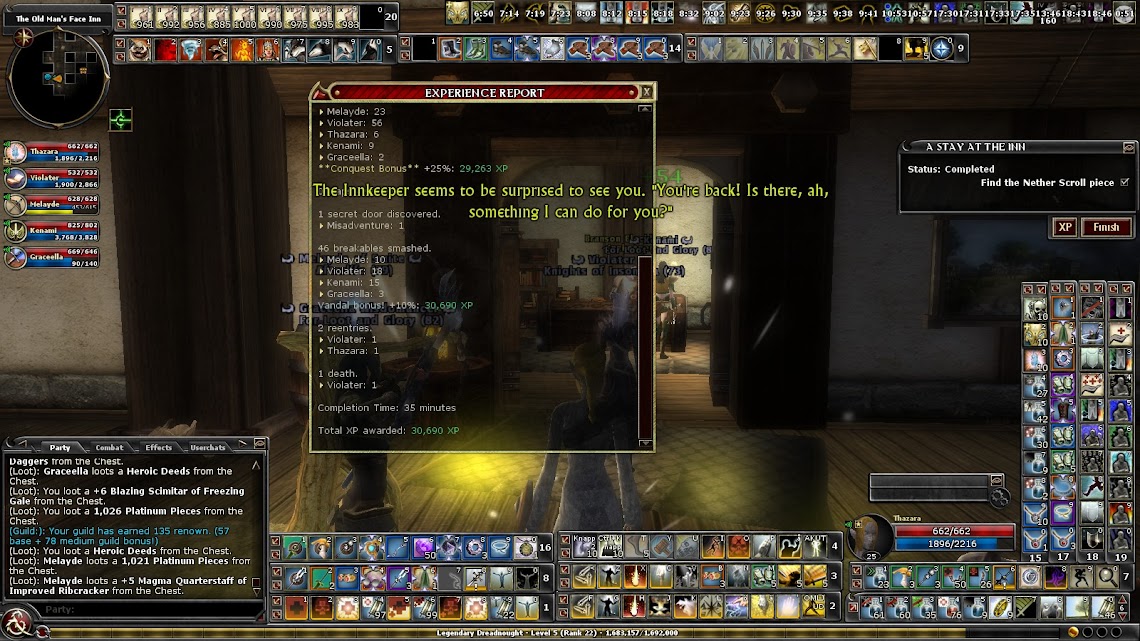 Later on in the swamp, Thaz was for a while the only one meleing the boss, lol. 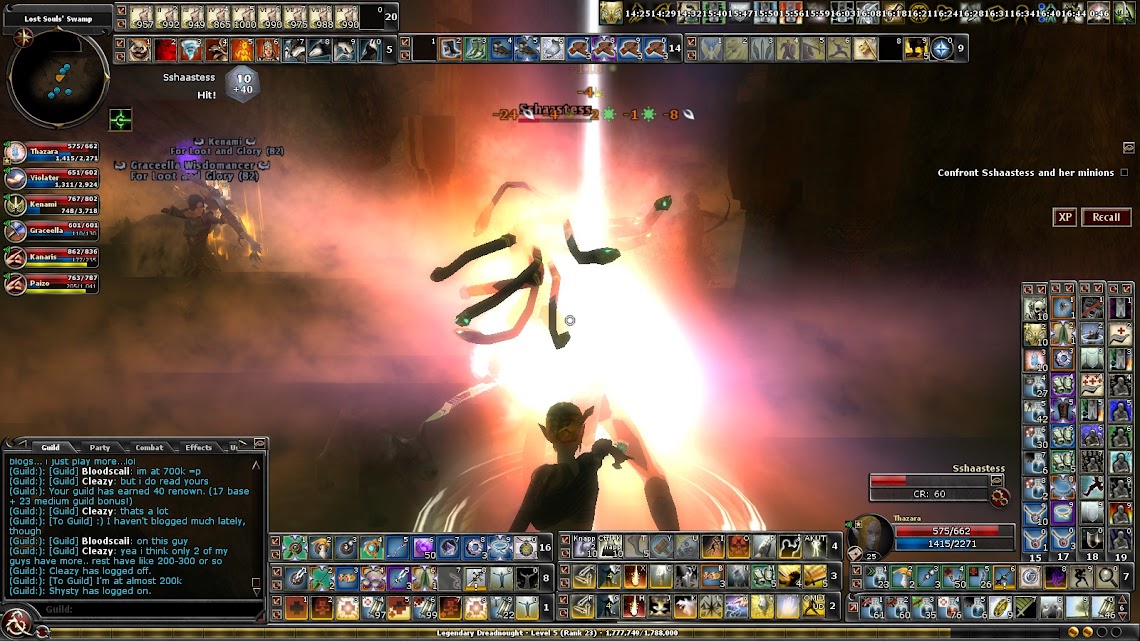 We lost our CC for the final, so I lfm’d for it the next day. I got a couple of ppl, but then made a deal with another guy who had a Reclaiming the reft eE up, that we’d join him if he helps us with my quest after. Group was ok, not the best, and we had some deaths but it was ok. End of the road, well, I got a full group and we had some deaths on the way to the boss fight, but taking it slow and avoiding to pull too many at a time allowed us to stay somewhat alive. Enter boss fight, even with a plan, we wiped in a minute. Two guys had to leave, but we wanted to finish, so I put up the lfm for help, one guy kept instance and we re-entered (which u can on these epics, unlike the old ones). Took us 117 minutes, 55 deaths, 8 re-entries to finish. I used a bunch of resurrection scrolls and maybe 5 mana pots. 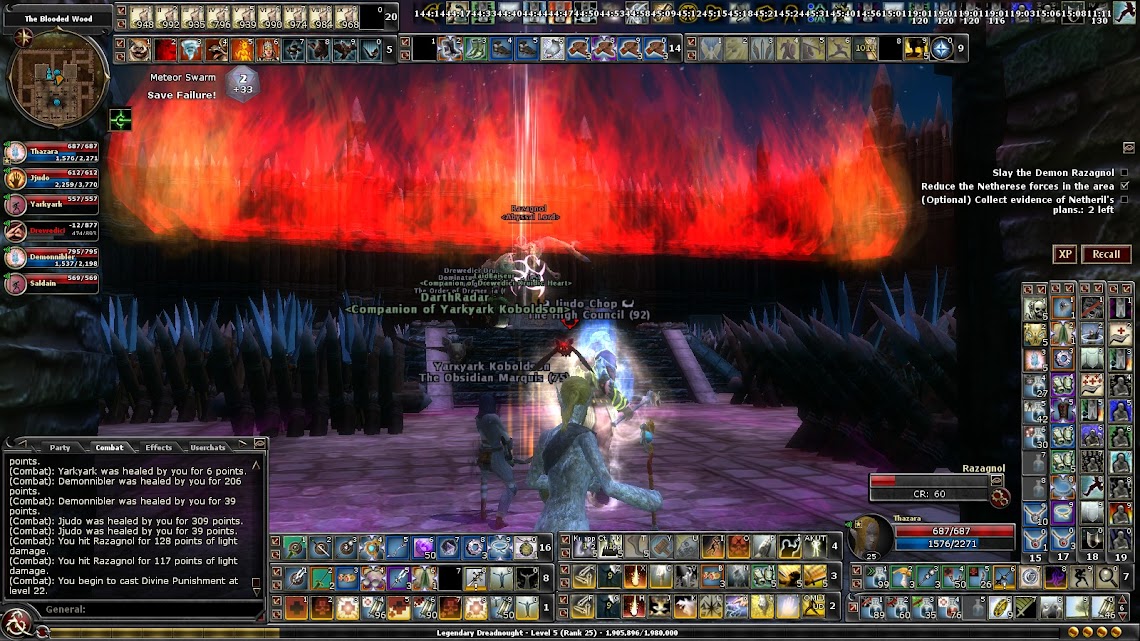 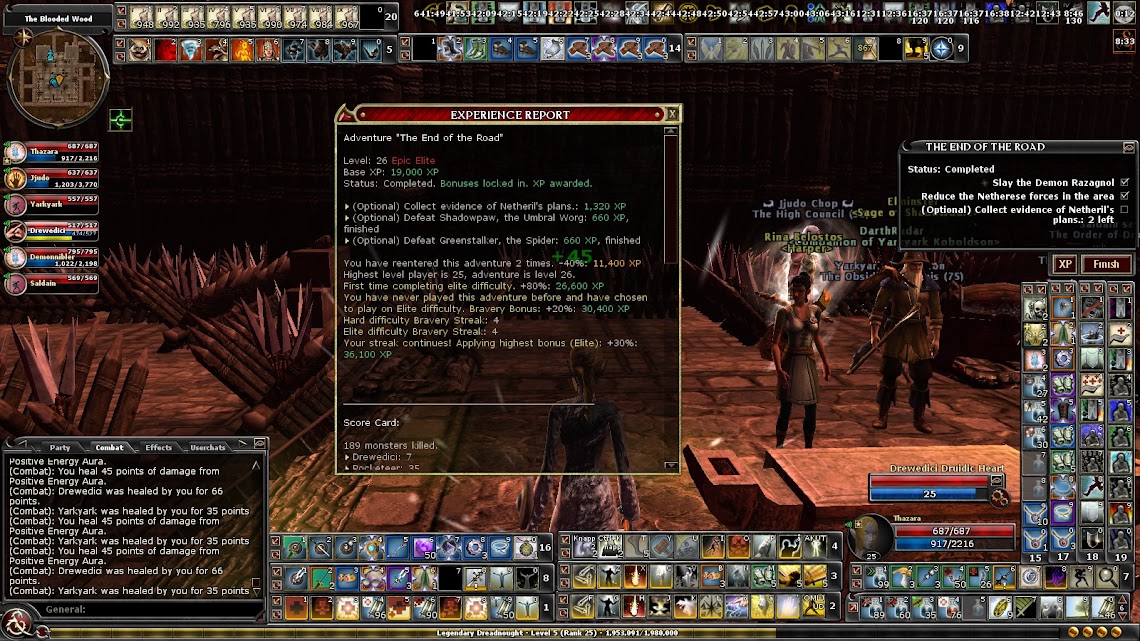 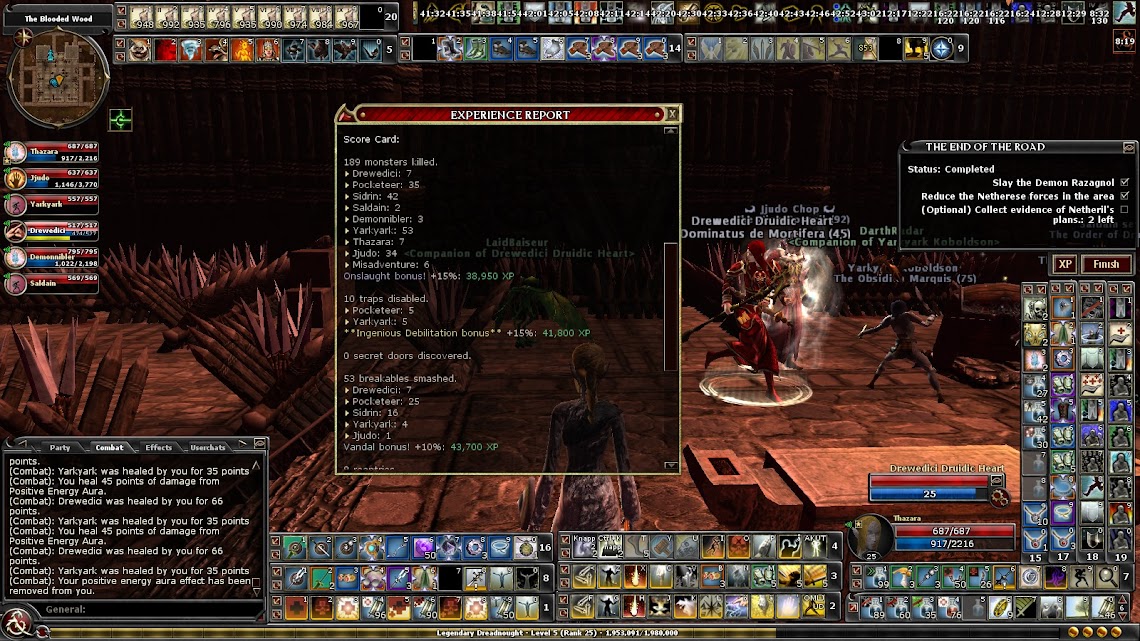 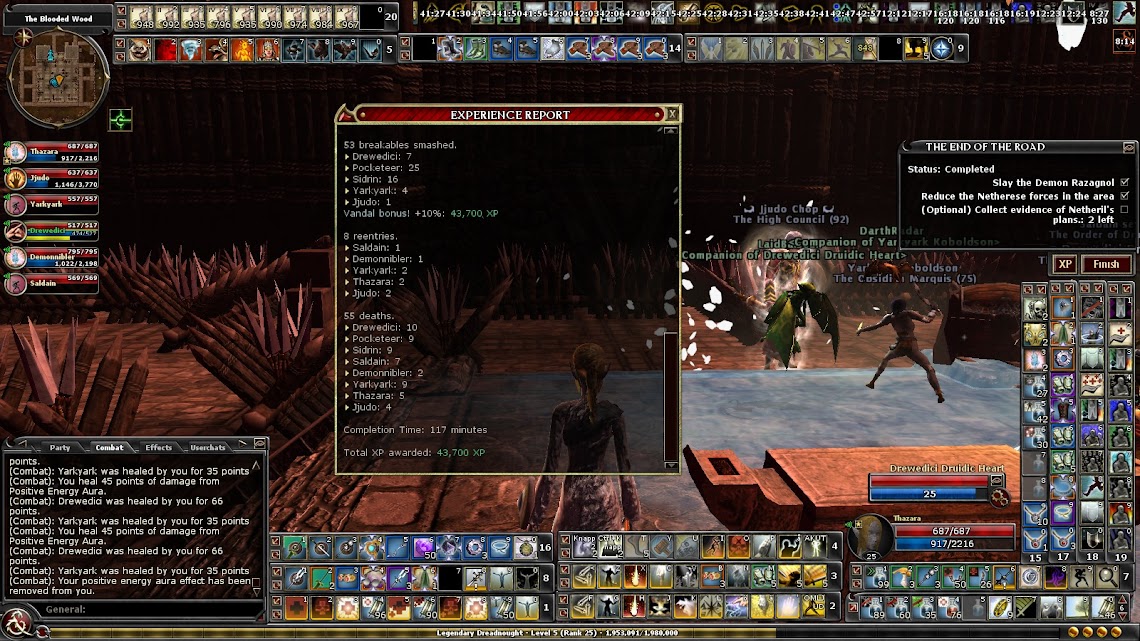 On Wednesday Cleazy’s friend was doing Belly of the Beast EE, and as I’ve wanted that quest for a while, I had him save a spot for me and C. We had two wizards for CC, but CC failed a lot and we managed to wipe in 3rd or 4th wave. As we were a good way through, we decided to release and reenter while the rogue kept instance. This quest took us 63 minutes, 44 deaths and 10 re-entries to finish, but we got it done and Thaz got her 383 pdk favor. Now she’s only missing Don’t drink the water and CitW on EE, and MA and LOB on elite (heroic is fine). Thazara just capped her 4th ED which is Legendary Dreadnought. Next she will level Shadowdancer. 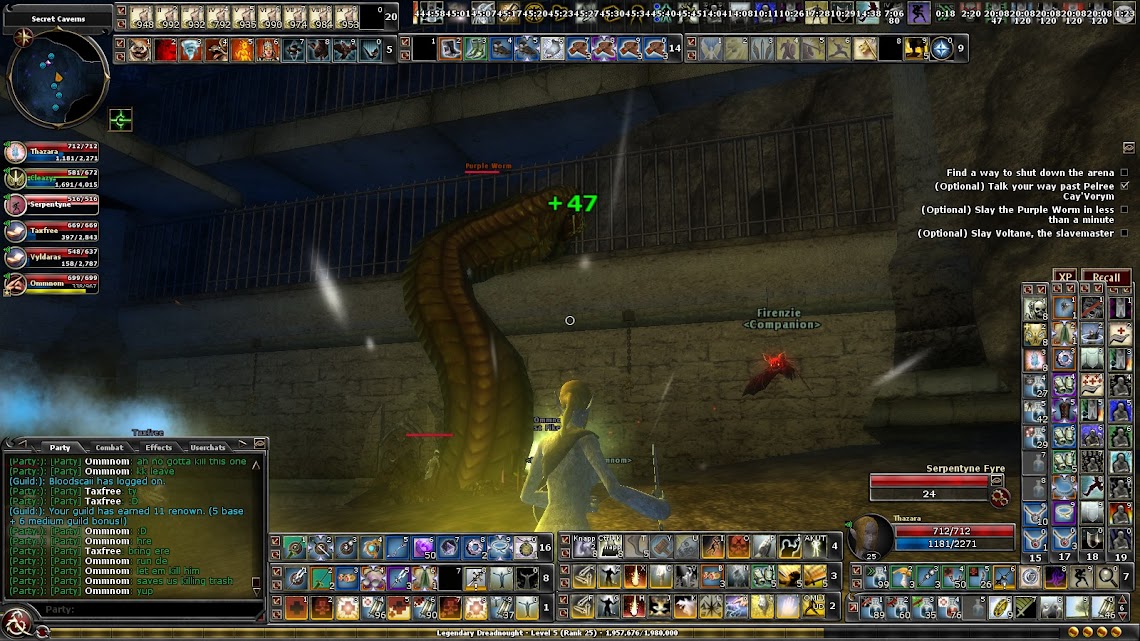 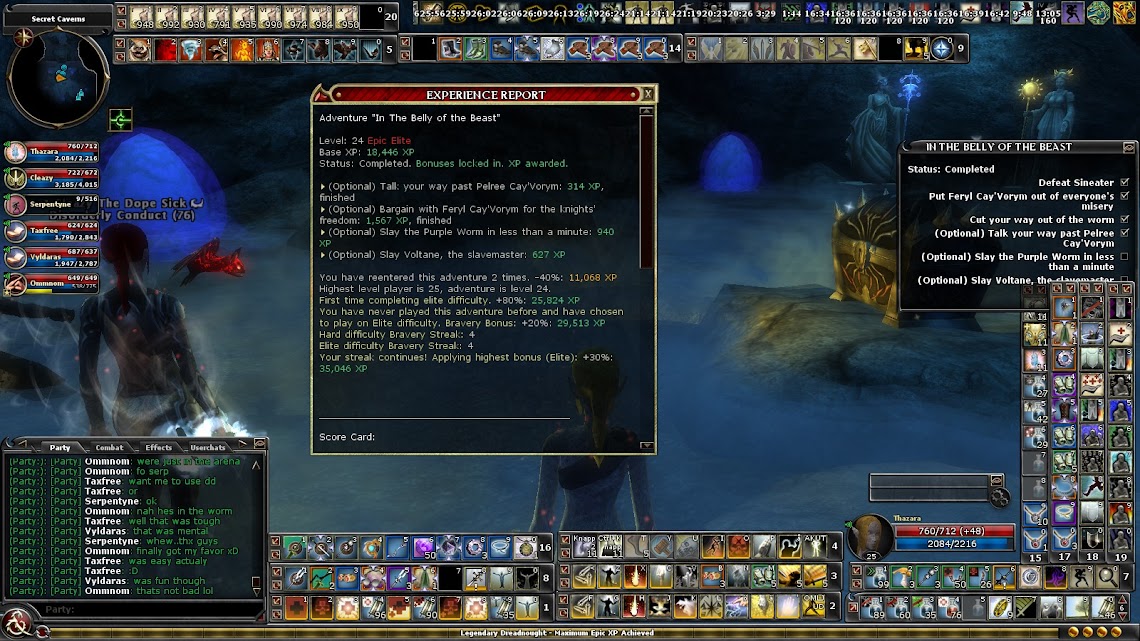 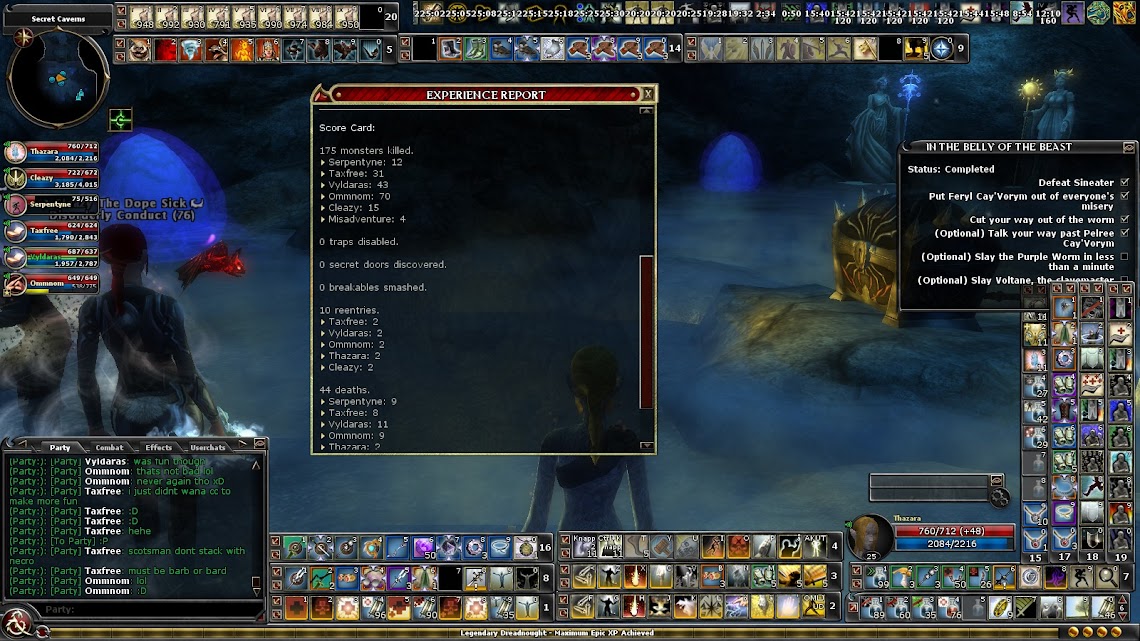 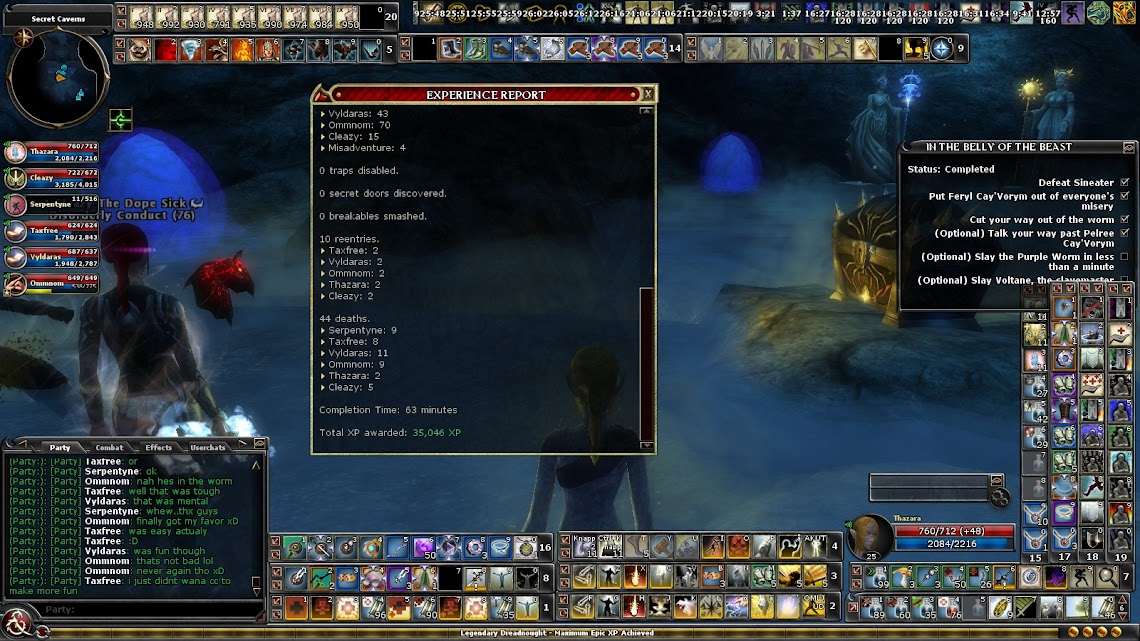 Ty for reading and happy questing.

P.P.S After running the high road chain on EE there was not a single EE item on the chain reward list >.<