After the feedback I got on my “Thoughts” post, I’m now trying to blog a bit more often. I’m trying to keep the text short and interesting, and am trying to not add too many pictures (how can there be too many anyway?).

Tuesday-Wednesday I run a few raids, that is Cerge does eADQ on Tues and elite Shroud on Wed, Thazara does hard ToD on Tues. Cerge has gone from being a crappy caster who was out of mana after one room in eNorm ADQ, to being able to solo all the rooms, and can do 3 with the mana he has. I forgot to take pics of the run, but Cerge did 3 rooms, then had to go rescue a first time runner from the penalty box, as he read the wrong glyph and died. We got a second group and had a good raid. 🙂 I pulled Staff of Arcane Power for the second time and as it binds to character, I put it up for roll. Andy got it.

Thazara’s ToD filled somewhat quickly, except we couldn’t get a shadow tank. Waiting made me lose players that were replaced and as I was ready to let the first time running fvs try, I got another fvs who said he could do it. Andy sent me a tell “smells like wipe”. But he was very wrong. We were a tiny bit low on dps, but everyone did well (except the fighter who piked at the entrance), and we didn’t even have any deaths. 🙂 Now I am determined to get Thaz shadow tank gear, so I can run ToD when ever without having to wait for the darn shadow tank. 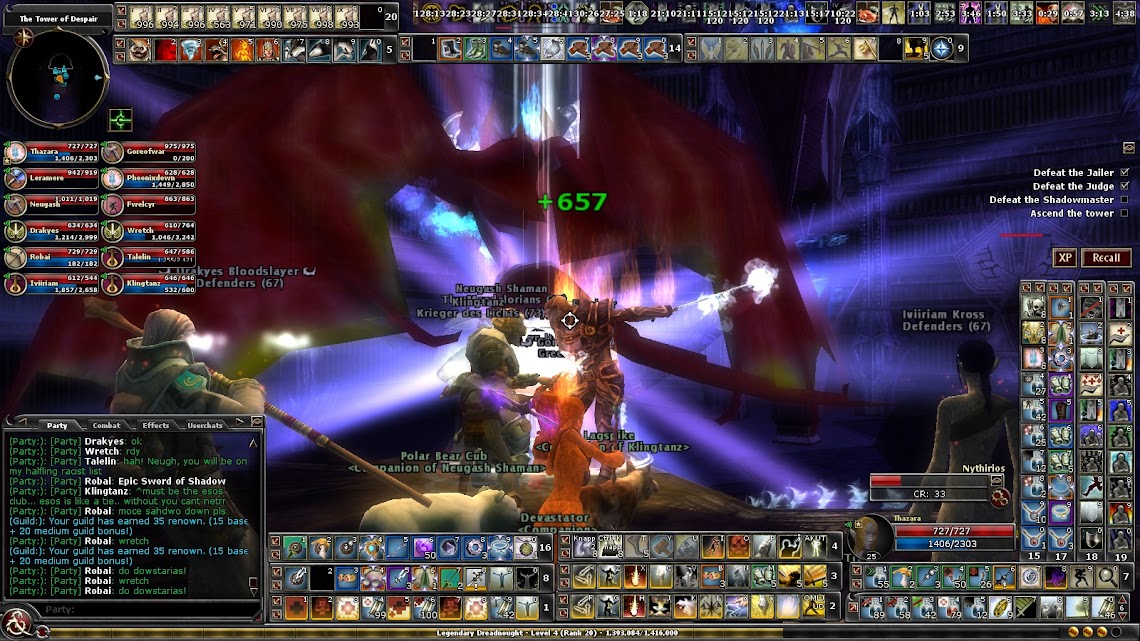 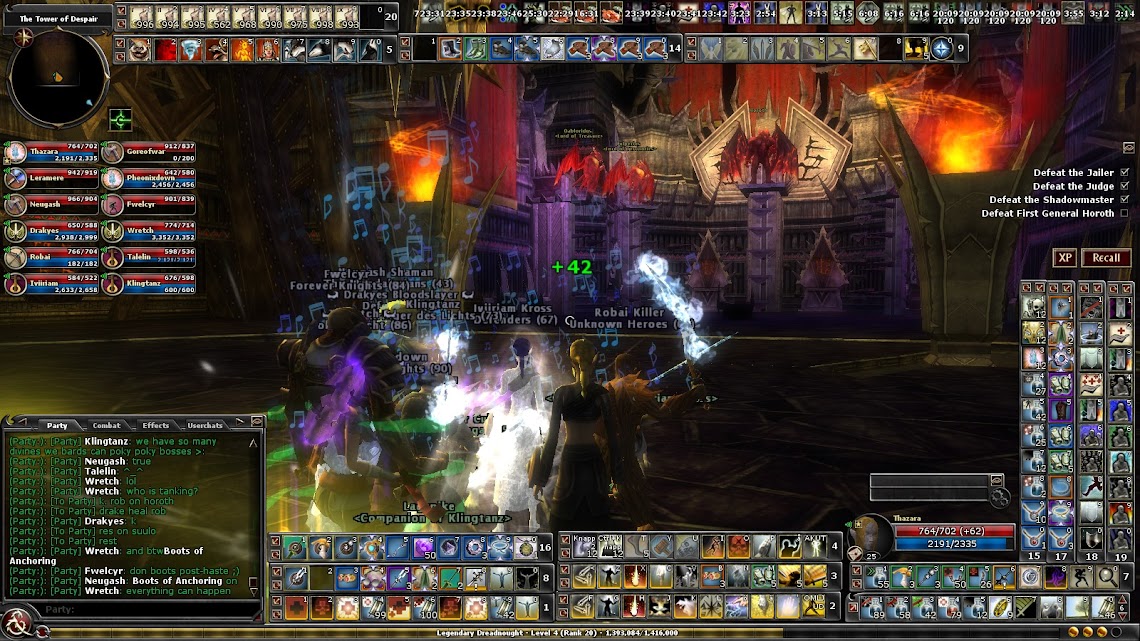 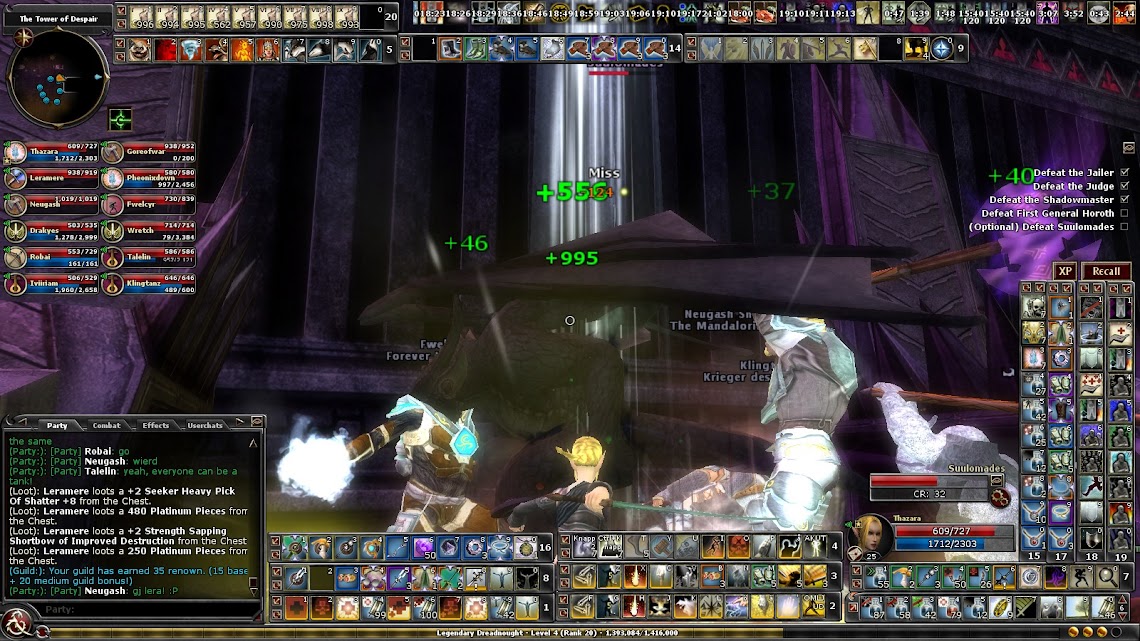 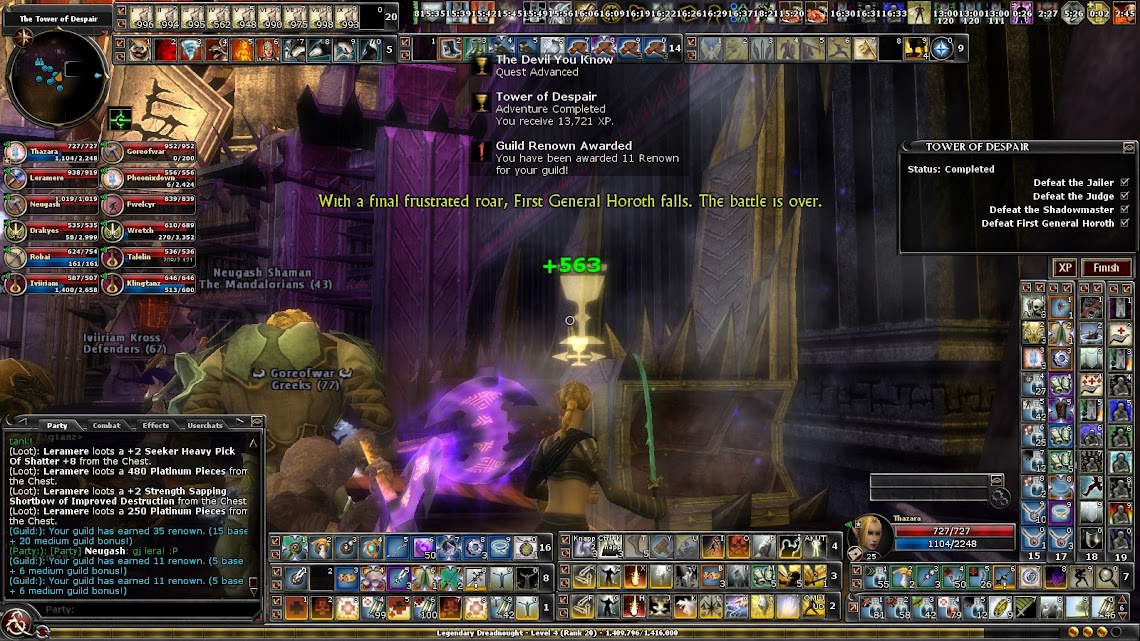 And wednesday was Cerge’s 20th shroud, which was run on elite. Party was a bit impatient, but we did ok. Had 3 deaths in phase 4, and Jal dc’d in phase 2 and only joined us half way through phase 4. No death’s in the other phases, and Cerge finally got his cleansing essence and could clean his goggles so he can equip both hp and sp item. 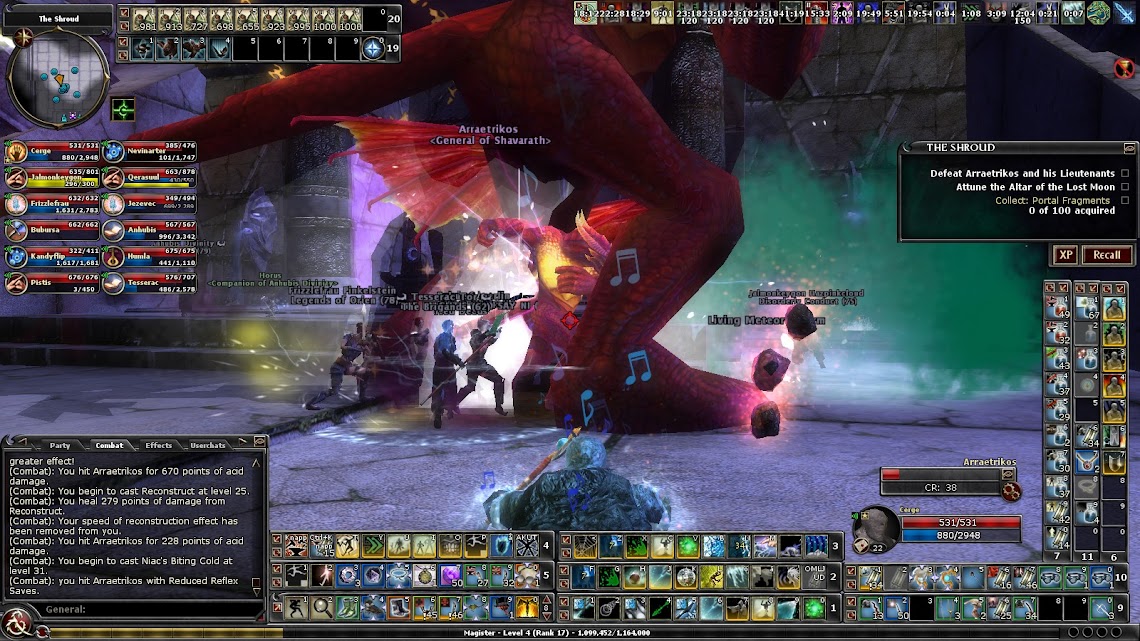 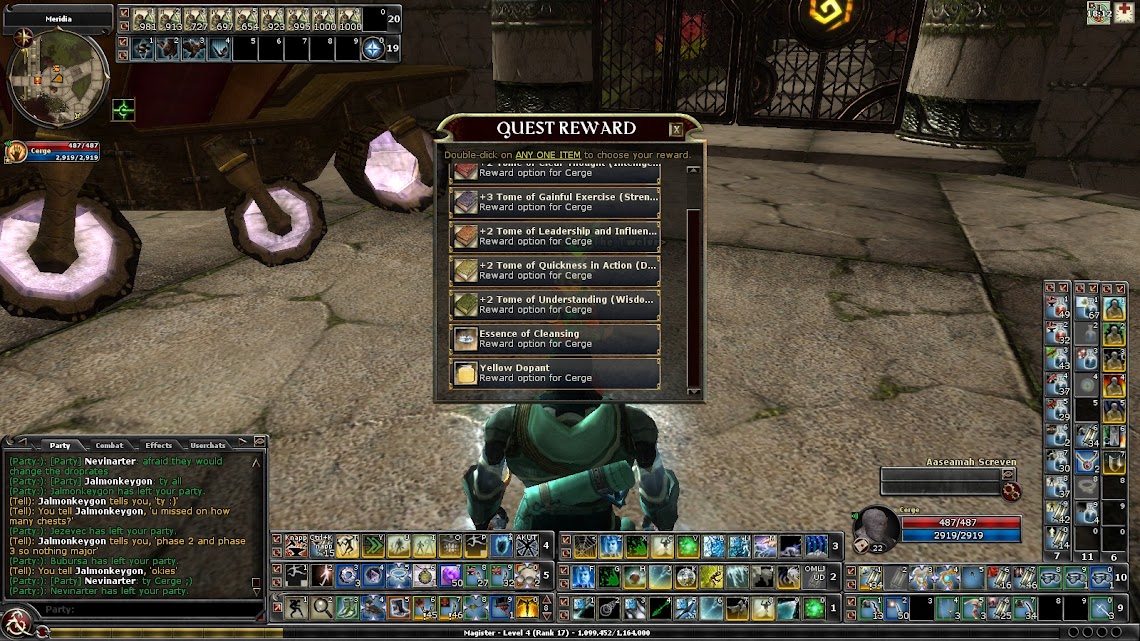 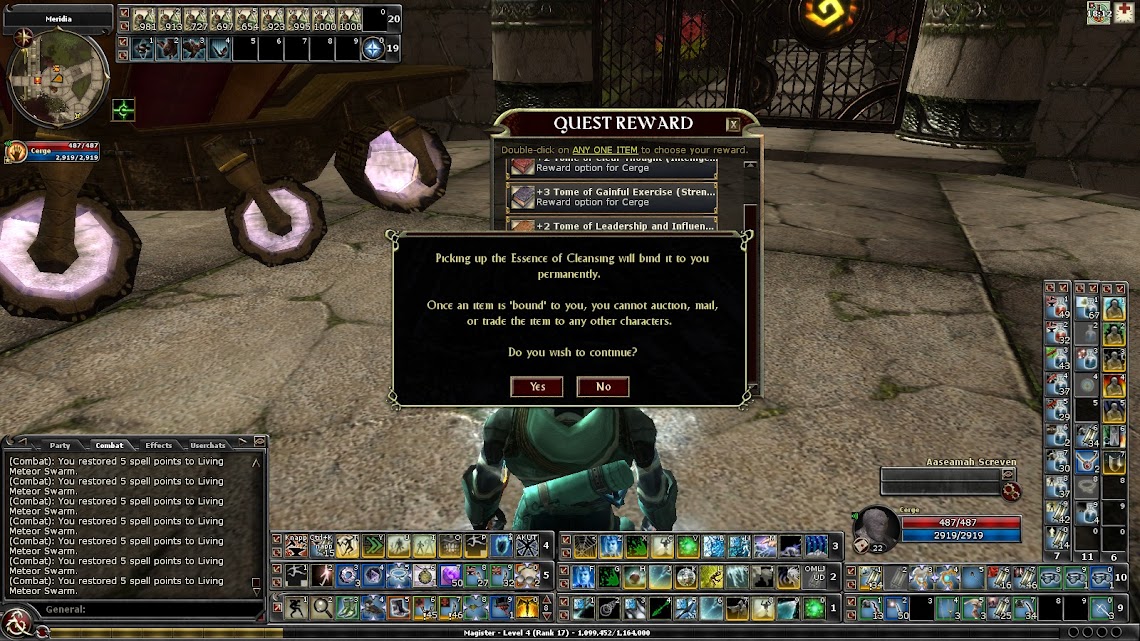 🙂 That’s all for now. Ty for reading and happy questing.