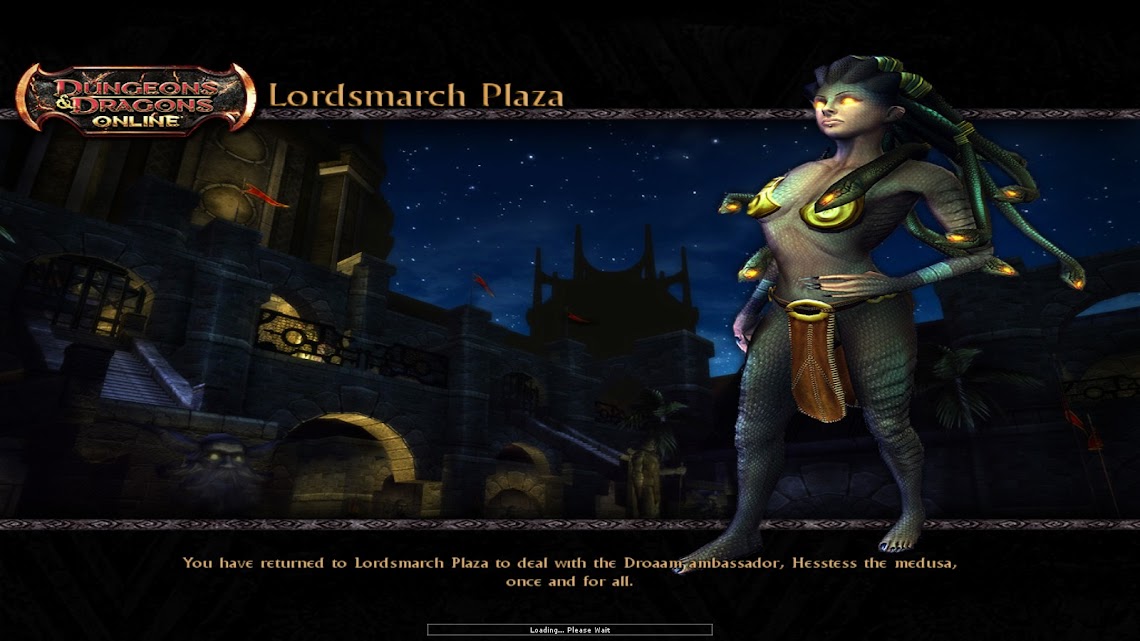 This friday the whole Cannith group was present and was again joined by BlueSilence (he ran Dimplomatic Impunity & Frame Work with us last week). Eyes of stone elite was up, and I wanted Maenya’s Fists. In the first run (elite), I got the Stonedust Handwraps, which I gave to Keava. In the second run (hard), I got them again, and kept them. Third time (elite), two Maenya’s Fists dropped. I now have the full sora kell set… and come to think of it, I’m not sure I want to use them. I have minos, +6 str, +6 wis and +6 cha. And I’m a caster. So, currently, I don’t have a need for the set that I wanted. 😦

Keronna, my baby is now lvl 14, 2 monk/12 cleric and just got her radiant aura. 🙂 She is built as a divine caster but with semi high charisma for the sorcerer dilettante. This friday, I didn’t really feel like playing caster though and would have much more preferred to play her as a monk. I did cast some command, bb, comet, dp and hold monster, and melee when I ran out of mana. I mostly use bursts for heals.

Some pics from the 3 runs 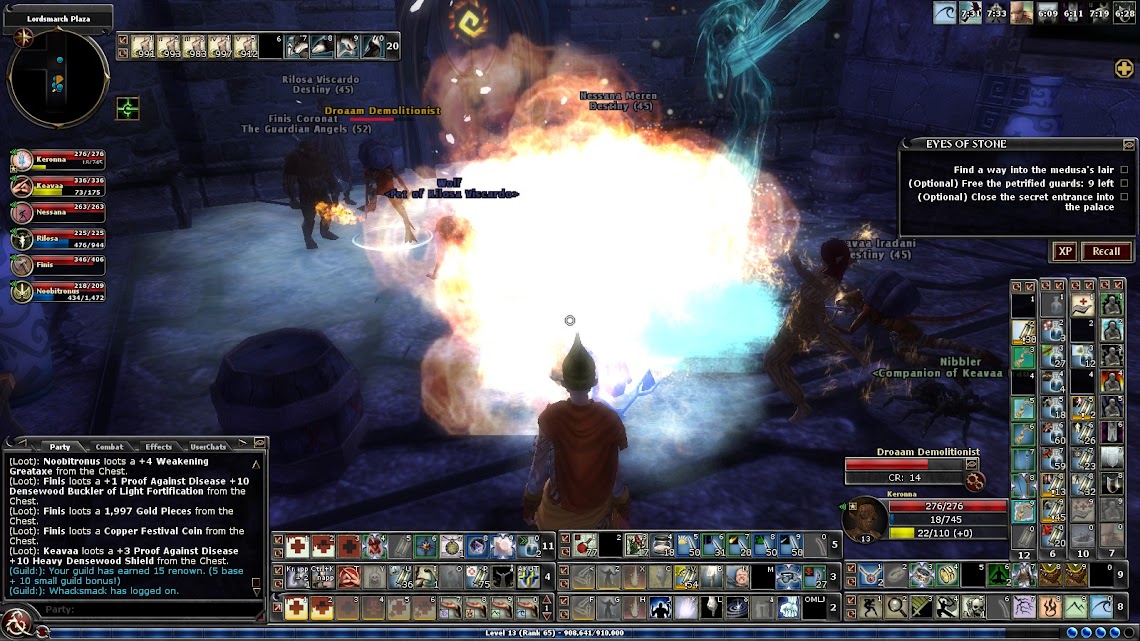 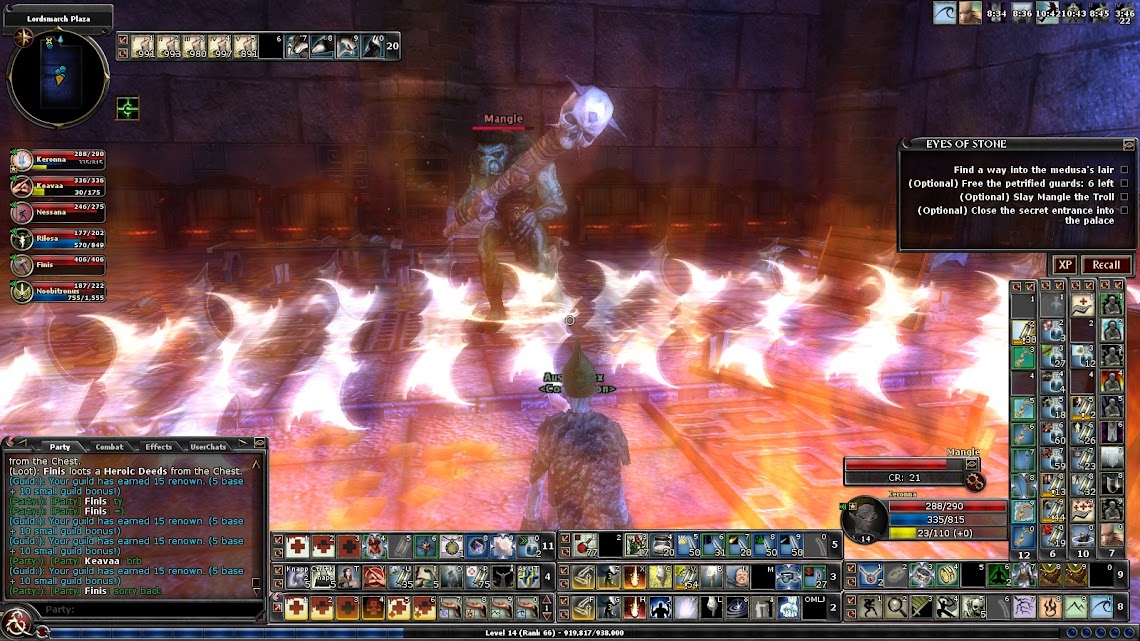 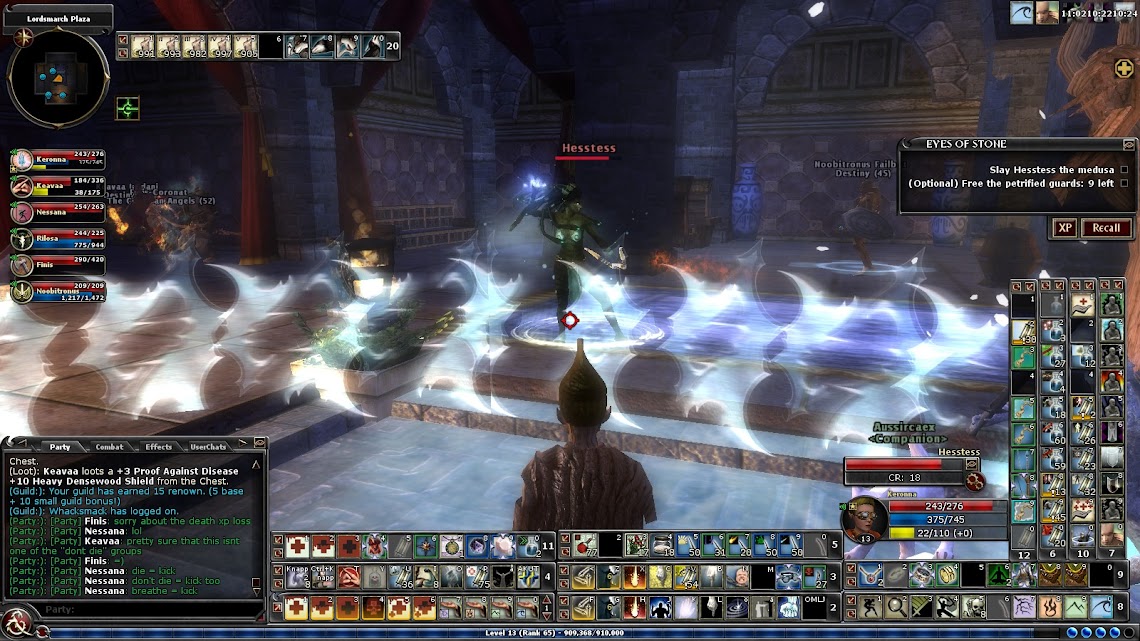 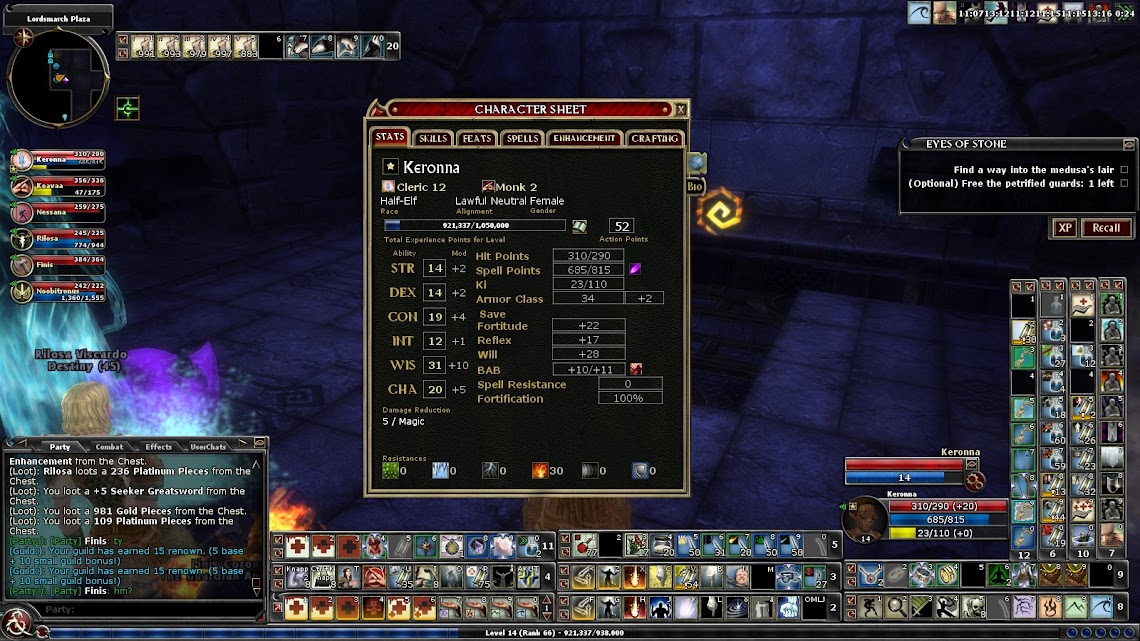 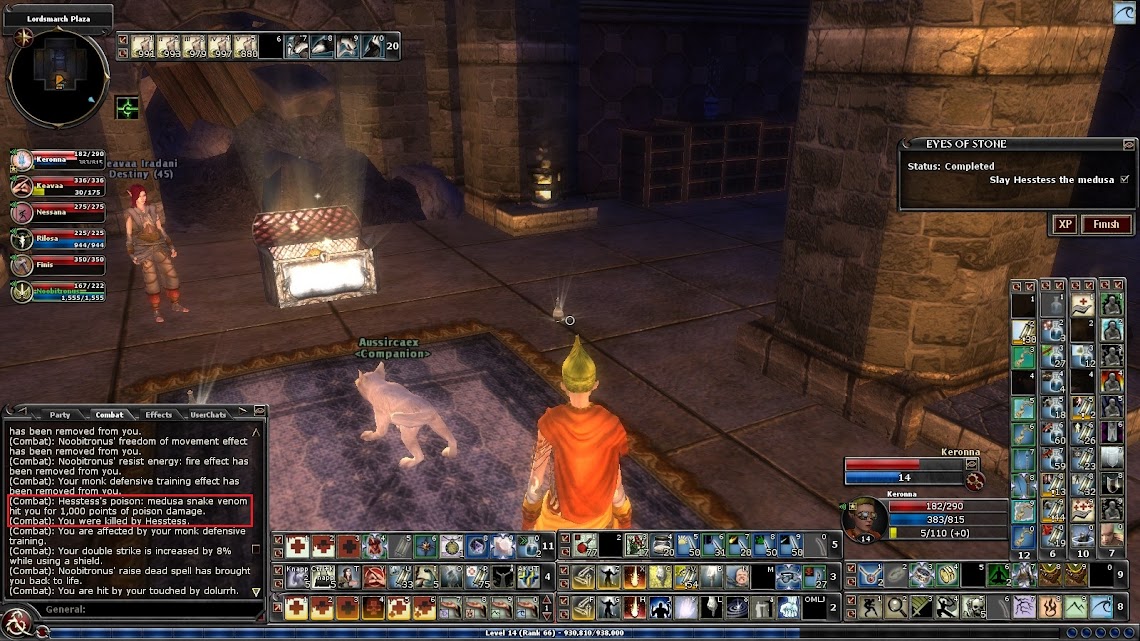 Thank you for reading and have an awesome weekend.